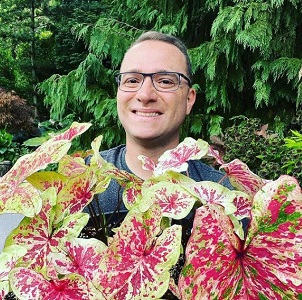 In this week’s episode, we’re catching up with the 6-figure houseplant blogger, Raffaele Di Lallo of OhioTropics.com.

You might remember Raffaele from a blog coaching episode we did last year with the help of Matt Giovanisci from Money Lab.

At that time, Raffaele was generating over 300,000 pageviews per month, which translated into around $10k in income, mostly from display ads and a little slice of affiliate commissions as well.

The biggest change since I last spoke to Raffaele is that he’s been able to leave his day job and now works on his blog full-time.

In this episode, we focus on that core of the business and what made that possible: creating SEO-friendly content and monetizing it on autopilot with ads.

Don’t have a website of your own? My free video series will help you get online quickly and affordably!

“A lot has evolved and changed since we last spoke. The big thing is that I was actually able to quit my day job back in early November 2021,” Raffaele told me.

So, the side hustle has become the main hustle for Raffaele, which is great news.

Raffaele also released a traditionally published book on houseplant care, to go with his self-published titles. 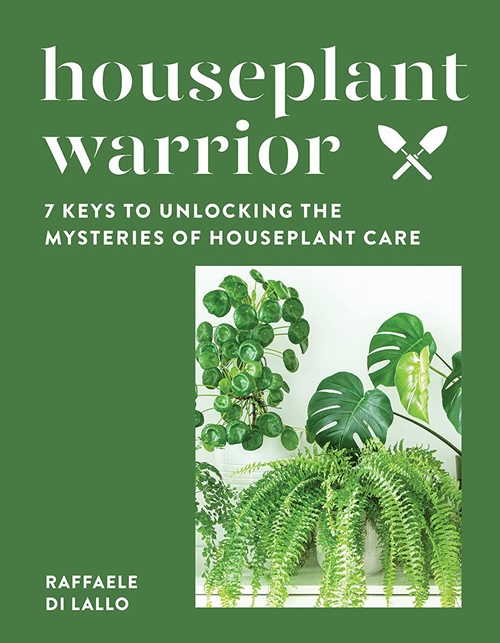 But the backbone of Raffaele’s business is publishing content on his blog and he’s continued to publish a couple of posts per week.

Raffaele’s traffic goes up and down as it’s seasonal, but he’s averaging over 300,000 pageviews per month.

This is about the same amount of traffic as last time we spoke.

However, Raffaele’s revenue has gone up, mostly due to his ad RPMs (revenue per thousand sessions) increasing.

Raffaele is using Mediavine to display ads on his site. Raffaele said he’s been able to utilize some of the tools and analytics Mediavine provides to increase his ad revenue.

Using Mediavine’s analytics, Raffaele is able to see which of his posts have the highest RPMs.

Raffaele told me he’s been writing more content around the higher RPM topics, and this is what has contributed to increasing his ad RPMs.

RPMs fluctuate throughout the year. However, on a good month Raffaele said his RPM is in the $50-$60 range, although $40 RPM is nearer his average.

When I asked Raffaele about his Amazon Affiliate commissions, he told me, “It’s chugging along pretty much the same as it was.”

Raffaele still adds links to products on Amazon if he’s personally used the item and wants to recommend it, but said it’s not much of a focus for him.

Raffaele has also been working with an individual company that makes custom soil blends for house plants.

He’s working closely with this affiliate producing custom content to promote their products, but this was a new relationship at the time of the interview.

Having released both digital books and a now a hardback, Raffaele can see that traditional publishing has given him a way to reach a new audience.

Raffaele said he’s glad he did it, but he’s not in a hurry to release another book due to the amount of time it took.

This has been on Raffaele’s mind. Creating some type of course is something he’s keen to do, but he hasn’t had time.

“I’m a one-person show, it’s hard to do everything,” Raffaele explained.

Raffaele recently pruned his email list and dropped any subscribers who were not engaging with his emails.

Raffaele has created a welcome series of emails that are sent to each new subscriber covering tips around how to care for houseplants.

After the welcome series, Raffaele also has a longer sequence of automated emails covering various topics in more detail.

In addition to this, Raffaele sends out a newsletter every Thursday.

The email provider Raffaele is using is BirdSend. 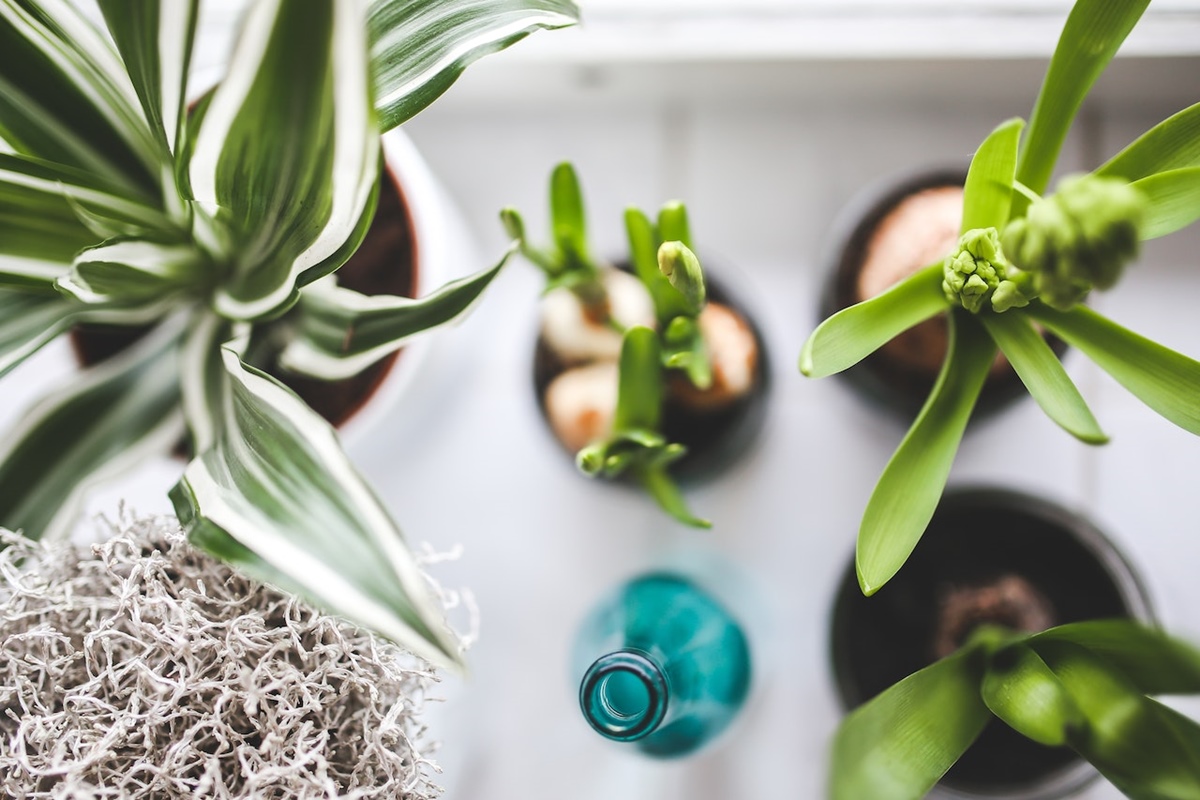 Raffaele is producing all of the content on OhioTropics himself. Raffaele said he tried to outsource content once, but it was obvious the article wasn’t in his voice.

Also, the content Raffaele produces is about his personal experiences growing and caring for houseplants, and that’s hard to outsource.

Raffaele said he felt like his readers would be able to tell it wasn’t him writing the content.

He also said he feels like content written from first-hand experience performs better from an SEO perspective and is more valuable to visitors.

Since going full-time with his blog, Raffaele has upped his content production from one article a week to two articles per week.

Raffaele is constantly looking at his analytics to see which posts or keywords are starting to slip, and he’ll go in and update those posts.

Coming up With New Topics

Raffaele said he doesn’t see coming up with new topics or ideas for content ever being a problem.

The plant niche is huge, there are literally thousands of plants he could write about. Plus there are endless questions he can answer around each individual plant.

Raffaele explained that he follows the general SEO advice of looking for low competition keywords with decent search volume.

To do his keyword research, Raffaele uses Ahrefs. Something interesting that Raffaele said about Ahrefs and other SEO tools is that “search volume doesn’t mean anything.”

Raffaele picks keywords he likes the look of or knows his readers have been asking about and will write those posts regardless of the estimated search volume.

Some of Raffaele’s highest traffic posts had a very small amount of estimated search volume, so he knows it’s working.

To do this, Raffaele explained he looks for keywords he’s ranking near the bottom of page one that are not that related to the post that’s ranking for them.

He then writes a new post targeting those keywords. Raffaele said he usually ranks a lot faster for these keywords as he already has some authority in Google’s eyes.

Raffaele hasn’t posted a new video to his YouTube channel in several months, yet his subscribers and revenue keep growing.

“I have to double down because video is huge these days,” Raffaele told me.

It’s time-consuming creating and editing video, which is why Raffaele hasn’t been working on his channel.

Video editing is something Raffaele said he could see himself hiring help for and it’s on his to-do list to do so.

Raffaele has a large Instagram following of ~165k followers and caught the attention of a large plant company via one of his Instagram posts last year.

This ended up turning into some freelance work helping the company with their line of houseplants they just launched.

Overall, however, Raffaele admits he’s a “little bit burned out by social media.”

It’s been good to him and he’s built up a good following, but it’s been a huge time sink for Raffaele and doesn’t move the needle like blog content does.

Mistakes And Surprises Along the Way

When Raffaele started OhioTropics he didn’t know anything about URL structures or permalinks and set up his blog to include the date in the URL.

This is something Raffaele said he wished he’d known at the time as he’d prefer to have cleaner URLs without the publishing date included.

He could change it now, but it would mean redirecting all of his existing posts and this isn’t something Raffaele is comfortable doing in case he breaks something.

Something else Raffaele didn’t realize at the time is that the advance money he was paid for his book was going to be deducted from his royalties.

Raffaele said he’s sure this was in the contract, and it’s fine. But it came as a surprise when he started selling books and expected the royalties to start flowing in.

“Just continuing to produce more content, it is a numbers game,” Raffaele said.

He said he’s reached a point where he needs to hire help if he’s going to scale up, so hiring a video editor is on the cards.

Raffaele also has some ideas he wants to explore, such as a phone app. It’s just a matter of finding the time while maintaining everything else Raffaele has going on right now.

Raffaele’s #1 Tip for Side Hustle Nation

Don’t have a website of your own? My free video series will help you get online quickly and affordably!