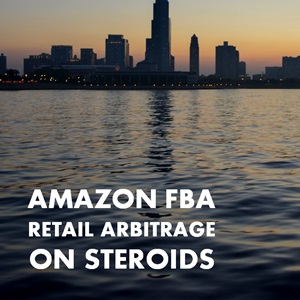 This side hustle success story goes back about 12 months.

In January 2015, Assad Siddiqi applied to be a part of last year’s public coaching experiment, and started out doing some freelance graphic design work (even selling on Fiverr) and professional consulting.

Assad’s a Finance Director by day so he’s got some street cred when it came to offering consulting, and quickly built that business up to around $1000 a month.

In April, I followed up with him to see how the business was going, and he said it was going well, but that he’d also started selling products on Amazon FBA using the clearance arbitrage model Travis shared here. 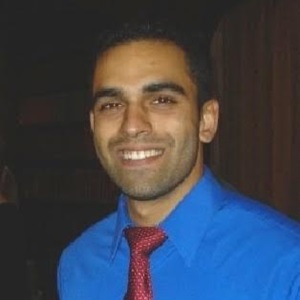 A couple weeks later, he sent me this screenshot from his account:

And that’s how the rest of 2015 played out between us. Every couple months he’d sent me a new screenshot, each with more outrageous numbers than the last.

Here’s one from July: 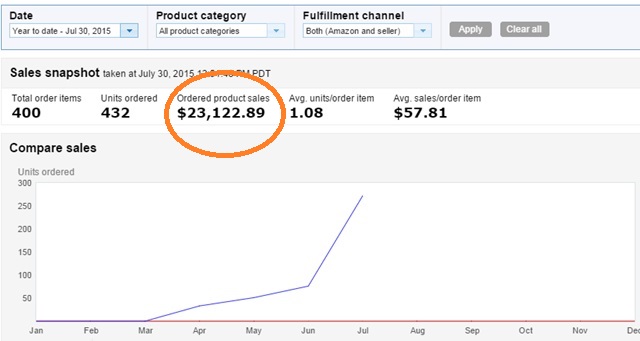 Here’s one from October: 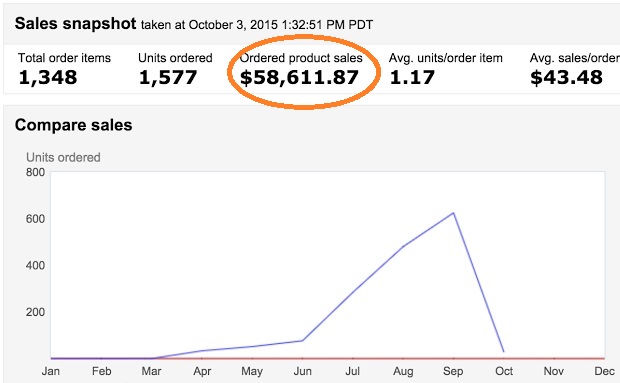 And one from early December: 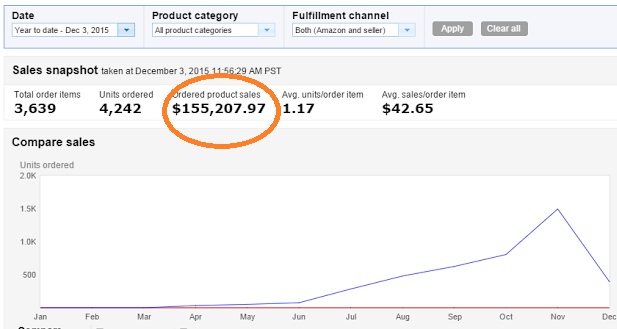 And finally one from early January after the Christmas rush: 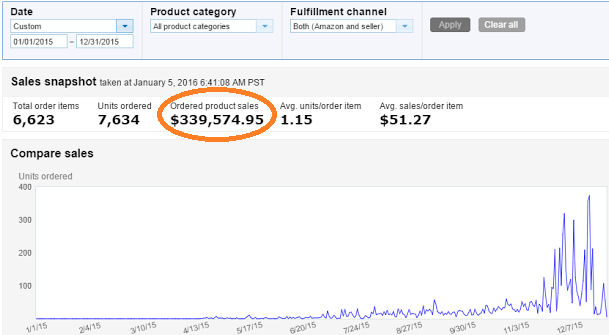 OK, you’ve got my attention!

Now one important thing to note is that the gross sales figure shown in these reports does NOT equal net profit. Assad estimates overall profit margins to be 25-33% range, which means this was a 6-figure business in just 9 months — obviously not accounting for reinvesting in inventory and growth.

And with each email, I ask if he’s gotten into private labeling, because I’ve never seen these kind of numbers from a straight retail/clearance arbitrage operation. And each time, he’d so no, but that he might go down that road in the future.

So like all of you, the curiosity was killing me and I had to know how he did it and scaled so fast.

Thankfully, Assad agreed to join me on this week’s episode to dive into his Amazon FBA business and give his advice on how others can get started. 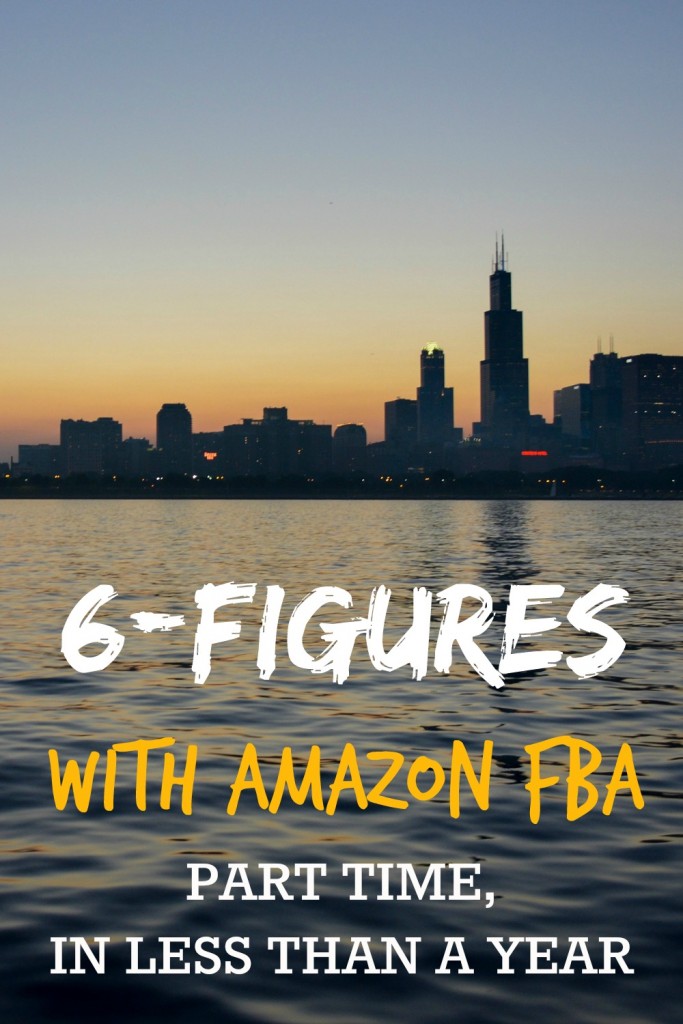 21 thoughts on “157: Amazon FBA: Retail Arbitrage on Steroids (Six-Figures in Year One)”