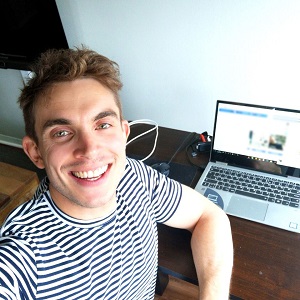 What started as a 2-week challenge with a friend 6 months ago, has turned into a business processing $3,500 in orders a day!

Luke Emery has a background in design and portrait painting. So, he decided to utilize these skills and his e-commerce experience and start a business selling custom pet portraits.

Van Woof specializes in putting your dog or cat into a Renaissance-style oil painting, looking like they really posed for the portrait.

(See below for an example.)

This isn’t Luke’s first e-commerce business, but it’s taken off like a rocket!

Why’d You Think This Business Took off So Quickly?

“I think it’s an accumulation of my multiple skills,” Luke told me.

Luke has been doing e-commerce for 2 and a half years and has sold thousands of products online. Mostly through Amazon, and some through Shopify.

He also studied architecture at university, which he credits to learning his design skills. Luke has also done a lot of portrait art, such as oil paintings and pencil sketches.

It’s the combination of these three things that came together when he launched VanWoof. This enabled him to put together a quality product, a well-designed website, and manage the logistics of the e-commerce side.

Are Other People Already Doing This?

Luke said his biggest competitor basically cuts out a dog’s head from a picture and puts it on an old renaissance-style portrait.

What Luke does, is to make sure every piece he produces looks like a piece of art. His work is digitally produced, the pet’s head is carefully merged with the costume: 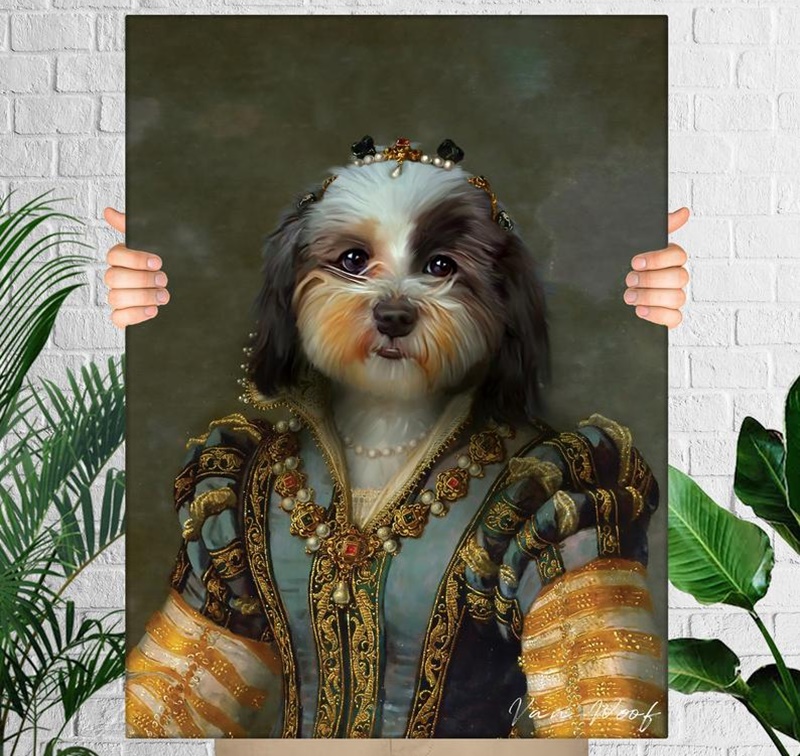 “It really looks like the dog could have been there and posed, and someone painted it,” Luke told me.

How’d You Come up With This Idea

On Luke’s podcast, Lockdown Livelihood, Luke and his co-host Alex Peet came up with the idea to do an Etsy challenge. They decided to see who could make the most money on Etsy in two weeks.

With his background in design and art, Luke decided to try these custom pet prints.

His store quickly took off and he won the challenge. These portraits were his side hustle for a while as he has other businesses. But once he started to hit $7,000-$8,000/month in sales, it became his main focus.

How Did You Get That Initial Traction?

“I remember spending a lot of money on Etsy ads, and it not being a particularly good return,“ Luke explained about how he started out.

When he switched off the ads, he did see a small amount of organic traffic coming to his store.

Then he decided to give Etsy ads another go. What Luke said he started to realize was that however much traffic he drove to his store through ads, Etsy seemed to match with organic traffic.

It wasn’t long before he started to see a great return on his ad spend, and it’s continued to this day.

How Did You Decide What to Price Your Work?

“I looked around to see what other people were charging. I definitely wasn’t the cheapest, but at that time it felt like that was what was right,” Luke told me when I asked him how he priced his work.

Luke’s pricing is a set fee of $30 for the piece of art, then an additional amount depending on the size of the canvas.

His prices at the time of publishing this were:

When he started out, Luke was doing everything himself. However, the workload quickly grew at a faster rate than he could physically produce the art. So, he started taking on team members to help out.

He currently has a team of:

Luke’s role in the company now is checking each piece of art meets a high standard. He also creates a lot of educational materials to help his designers continually improve their designs.

He has also promoted his best full-time designer to Head of Art. This person helps Luke out by also checking how all the designs are coming along and supporting the designers.

The software he’s using to communicate and manage his team is called Clickup. This software enables his team to integrate Google Sheets, Shopify, Etsy, Dropbox, and some other tools he’s using.

How Are You Managing Fulfillment for the Canvas and Poster Prints?

The bulk of Luke’s orders (around 70%) are physical canvas or poster prints.

He’s basically set up a drop shipping process where he sends orders to Gooten, a print-on-demand service. They print and ship out the work.

Luke said he looked around and even considered producing the finished products in-house, but he couldn’t get close to the prices Gooten is able to do it for.

What Does Your Workflow Look Like From Order to Shipping?

Luke’s workflow from the moment someone places an order to when they receive the finished piece of art looks like this:

Luke said it took a while to work out the issues and get his workflow to this point where it’s pretty smooth.

“The operational side of the business has definitely been the biggest headache for me, and the hardest thing to scale,” Luke told me.

Giving the customers 48 hours to approve the digital copy before printing the final piece is a way of ensuring customer satisfaction.

If they’re already approved the work, there’s not going to be any surprises when they receive it in the post.

Luke said this has helped him secure a lot of 5-star reviews. Which is crucial for improving his visibility on Etsy, and increasing trust with new customers.

What Are You Doing to Optimize Your Etsy Store?

Luke has done a number of things to better optimize his store for improved conversions and discoverability.

Some of the things that he’s seen improve his conversion rate are:

Luke also had a UX audit recently, and he has some things to work through from that feedback.

He said he’s seen noticeable improvements from testing these different things. Sometimes something as subtle as changing the color or size of a buy button can have an impact on conversion rate.

Why Did You Build Your Own Shopify Store Alongside Your Etsy Store?

Luke’s first e-commerce business was selling hemp oil on Amazon. He grew this business to $10k profit per month, had quit his day job, moved abroad, and was “living the high life”.

Then it all got cut off overnight when Amazon banned his product.

In fact, this has happened twice to Luke. So, he’s well aware of what can happen if you don’t control the customers on your own platform.

For this reason, growing his own store alongside his Etsy store was always one of his goals. He’s currently working with two marketing agencies to grow his store as quickly as possible. One is a Facebook ads agency, the other a Google ads agency.

Fees are a lot lower on a self-hosted Shopify storefront, too. Etsy fees work out at about 10-11% in total, while they’re around just 2.3% on Shopify.

The main reason to host a store on a huge platform like Etsy is that there is a large amount of organic traffic in their ecosystem and that traffic converts well. But he’s certainly looking to grow his own store.

Luke said his gross profit margin on each product is around 50%.

This gets eaten into by his operational costs though. He has to pay his staff, Shopify apps, advertising agencies, software, and other expenses.

What Else Are You Doing for Marketing?

Luke reached out to a couple of small local media outlets where he grew up and asked if they wanted to run a piece on his story — which they did.

He figured he’d get a couple of backlinks at the very least. This media attention actually ended up catching the eye of a producer working for the BBC. He reached out to Luke and asked if he wanted to appear on a TV show to talk about his business.

The piece hadn’t aired at the time of our call, it was due to air in early December. He’s not sure what kind of impact this will have on his business, but appearing on the BBC in the UK is a big deal.

“It’s going to be a big media push,” Luke told me.

His goal for 2021 is to turn Van Woof into as much of a household brand as possible. He plans to also improve the operational side but is taking a step back from doing that himself.

Luke said he’s going to hire a Fractional COO to come in and oversee the operational side. Freeing up more of his time to focus on media appearances and marketing.

Luke’s #1 Tip for Side Hustle Nation

“Take action on your ideas as quickly as possible.” 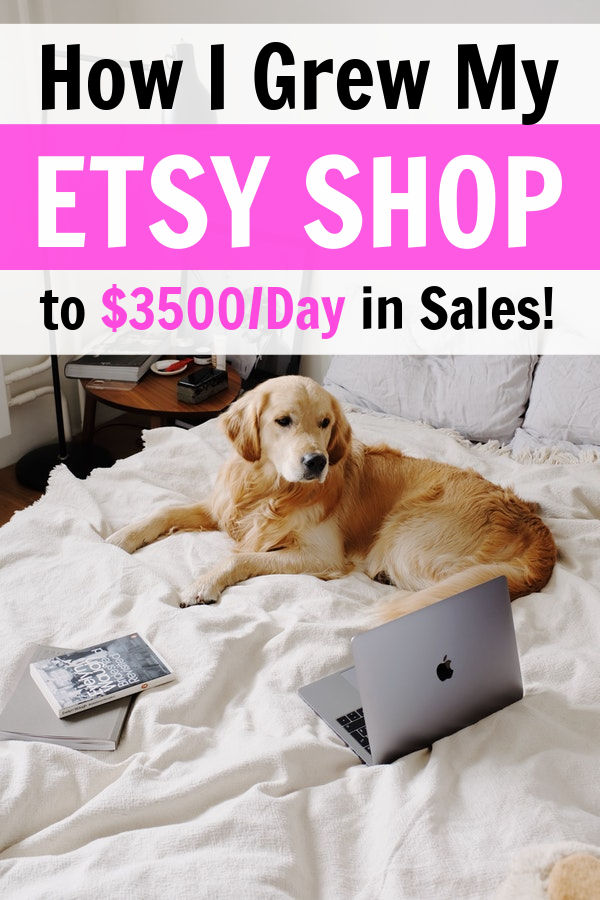