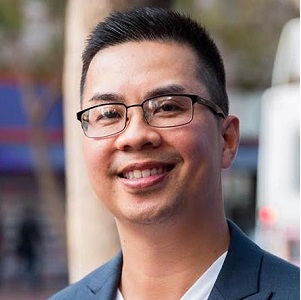 “I’m this close to firing you right now.”

That’s what Hung Pham’s boss told him when he reached out about ways to get his team more engaged with the company’s overall mission.

“If you want passion and purpose,” she said, “you’ve got to look somewhere else.”

Frustrated with the internal cultures at the organizations he worked in, Hung wanted to attend a culture-building conference.

The only problem? That event didn’t exist.

Sensing a void in the market, Hung was inspired to create Culture Summit.

With nothing more than a website, a few contacts booked as speakers, and a whole load of enthusiasm, Hung started emailing prospective attendees and getting the word out within the right circles.

He had more than 200 attendees for that first event and was profitable from day one.

By year two, Hung’s Culture Summit, at CultureSummit.co was a 6-figure business – all on the side from his day job.

This was after Hung almost gave up and his partner left the business when they didn’t sell any tickets for the first three months.

Tune in to hear how Hung validated his idea for his conference, how he sold his first tickets, and how he’s grown this side hustle into a full-time business with attendees from 5 continents, and where he wants to go from here. 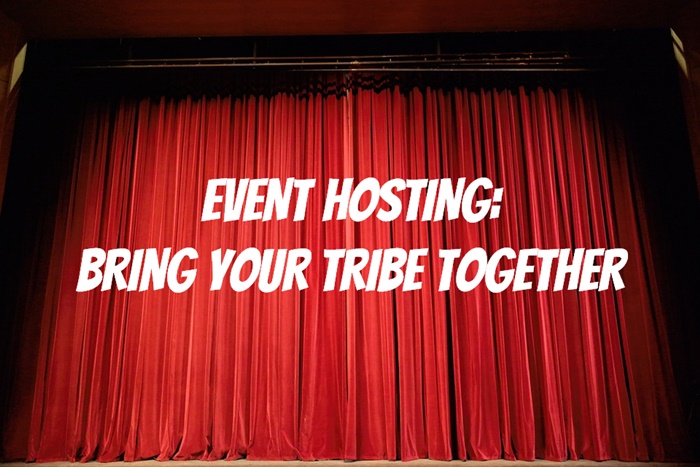 Starting a Conference on the Side

Unhappy and unfilled at work, Hung decided to Google, “How to be happy at work.”

He came across an article about Zappos, an online retailer based in Las Vegas. Hung become fascinated with their culture, people, and how they approached the workplace.

He wanted to learn more about developing culture in the workplace and started looking for conferences and events he could attend.

Hung said he couldn’t find any events targeted at workplace culture, so he said he figured, “I’ll be the first to put something together.”

Validating the Idea for the Event

Hung had never been to or held a conference before.

He had a little bit of experience helping a friend who holds events aimed at helping people validate business ideas, but these were for 80 or so people and Hung had his sights on 300+ people turning up to his.

He had learned a lot about validating business ideas from these events though, and knew he needed to get something out there to validate his idea.

Hung put together a website, called a few friends and secured 4-5 speakers for the event, used Eventbrite to handle any bookings, and started marketing it.

Three months in, he’d sold zero tickets. Hung was ready to give up, and a partner he was working with did walk away.

Hung said he had to take a step back and look at:

He reached out and started talking to company founders. He asked them, “Where does culture rank in your list of priorities.”

It was the answer from one founder that resonated with Hung. He said he would send someone from his company as he didn’t have time to attend events. Hung realized he needed to target the decision makers within organizations.

Hung did a search on LinkedIn for anyone with the word, “Culture” in their job title.

He cold emailed them telling them about the conference. He had a 25% response rate from 30 emails, and people started buying several tickets each for their teams.

He would reply thanking them and asking if they could help promote his conference, which they did within communities of their peers.

From these emails and word-of-mouth, Hung ended up with 225 attending his first Culture Summit conference.

Revenue Numbers for the First Conference

Hung sold tickets across 3-tiers, with the average ticket price being $300.

He also secured 5 sponsors for the event, with each paying $2,500. Hung was able to get these sponsors by reaching out to businesses relevant to his audience.

For Hung’s first conference he wanted to keep costs to a minimum. He managed to keep overhead to $15k by renting the basement of a co-working space as the venue, using caterers, bringing his own alcohol, and having a friend operate the slides from a computer.

Year two was a different story. Hung wanted to up the production value and spent $100k on the event.

Hung prefers to find a venue and his own caterers. This gives him more flexibility and negotiating power over hiring a hotel conference room.

He said he saves money this way, although it’s a lot more work than just hiring a hotel conference room that already comes with equipment, furniture, catering, and so on.

Hung doesn’t currently have the budget to pay the speakers. Instead, he reimburses up to $1000 in travel expenses.

Hung sold most of his tickets in year 1 by cold emailing contacts on LinkedIn, having them share with their networks, and word-of-mouth.

In year 2, this tactic didn’t work as well so he started experimenting with Facebook ads and cross promotions.

This year the cost of Facebook ads has doubled, so Hung is going to try some other marketing methods to sell tickets next year.

From Side Hustle to Full-Time Business

Hung’s business turned over $50k in year one, then tripled to six-figures in revenue in year two (but the costs increased as well).

It was after year two that he left his day job and went in full-time on his conference business. It came at the perfect time; he and his team were probably about to be laid off in his day job and he was very unhappy there.

Fortunately, he had full support from his wife. “It was very daunting, like, OK what do I do now? But it’s been a fun journey,” Hung said.

Growing Beyond a Conference

Hung is working to evolve his business beyond just a conference. He’s built up a list of “Culture Champions,” these are people who have been to his conferences and subscribed to his mailing list.

He’s planning on asking there where they are struggling to build culture within their businesses, then seeing if he can build courses to solve these pain points, a membership subscription site, or take his conference overseas. 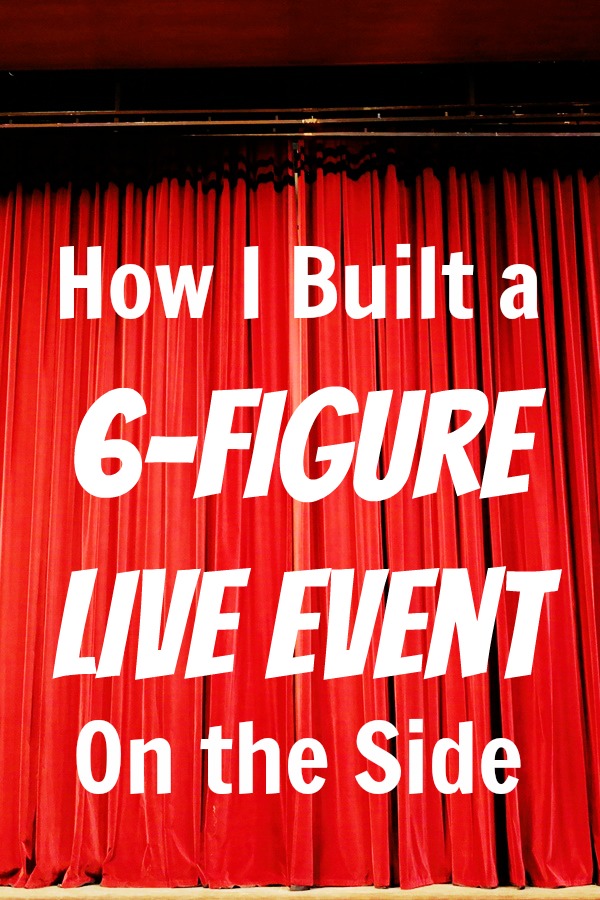 2 thoughts on “297: Event Hosting: How to Bring Your Tribe Together and Build a 6-Figure Conference on the Side”