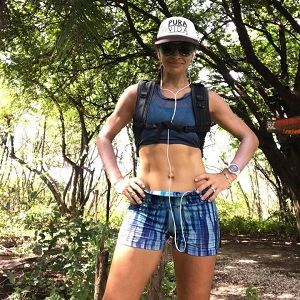 How does the idea of taking your part-time hobby, and turning it into a full-time income sound?

That’s exactly what Carey Adam of RunningMoms.com has done.

Carey has turned her passion for running and fitness into a full-time business by creating paid products and a membership model.

To do this, she tapped into the massive Facebook audience — over 2 billion people — to connect with her target customers.

I’m calling this the Facebook Funnel. It’s a unique and systematic way to make money on Facebook.

Tune in to hear how:

How’d You Come up With the Idea for Running Moms?

Today, Carey is living the location independent lifestyle in tropical Costa Rica. However, her story starts around 5 years ago in Winnipeg, in the center of Canada.

Carey had young children at the time and was working as a physical therapist. Running was a serious hobby of hers, and she tried to start a running group for other moms.

But no one would come.

New moms were so short of time they couldn’t make it out to run with her on a regular basis.

So, Carey told me she had an idea, “Well, why don’t I start a Facebook Group and post the training programs in there,” she told me.

Carey started posting videos and other content in a Facebook group, and the numbers started to grow.

She had a life coach at the time, and one day Carey’s coach said to her, ”the only thing that lights you up, Carey, is your online running group. Have you ever thought about making a business out of that?”

After giving it some thought, Carey told me, “that totally made sense.”

What Caused the Initial Growth for Your Group?

Carey initially started her group by inviting her friends and family and growing it to include moms with an interest in running in her local community.

It was when she started putting up 5-day workout challenges that momentum started. These challenges were aimed at moms, and specifically focused on strength training.

“I know that runners don’t do strength work,” Carey told me. She had identified this as an area runners, and moms, in particular, would be interested in and started creating content.

Carey started hanging out in other running groups, and mom groups. She would answer questions and try to direct people to her website and group to get women involved in these challenges.

This created some additional traction in her group. Carey then started creating more 5-day challenges, focusing on other aspects of running, such as nutrition and hydration.

Seeing the numbers of members taking part in these 5-day challenges grow, Carey started to create paid products and a membership area for those who wanted more.

What Was the Content That Made Challenges So Engaging?

“I’ve always been very much about providing an experience for people,” Carey told me.

Carey explained that the internet is full of information. For example, there are endless videos on strength training and anyone can look up the information they need.

It’s taking action and doing the workouts that are the sticking point for most people.

Working as a physical therapist, Carey knows first hand that a lot of people don’t act on advice. The thing that Cary loves about Groups is that she can share some information, then “hold their hand day in and day out to do the work”.

Carey structured her challenges as a series of videos. When someone signs up for a challenge, they receive an email with a pdf each day. This pdf contains a link to the training video and a description of how to do the workout.

Carey also posts a thread in the RunningMoms Facebook Group every day. This is where people can support and cheer for each other. It’s this that creates the added motivation and “experience” that helps them take action and complete the workouts.

It’s the community spirit and experience that keeps her members coming back week after week, month after month, Carey explained.

What Does the Email Side of the Business Look Like Today?

At first, Carey focused on driving people to her Facebook Group and keeping them there. Over the last 3-4 years, however, she has been working hard on building her email list as she sees the value in ‘owning’ her audience should something happen to her group.

In fact, her personal Facebook profile was deleted by Facebook last year. She lost all her history, and this was a wake-up call that she is playing by someone else’s rules.

To get into any challenges or see any of her workbooks, a new member of her group has to sign up for her email list on ActiveCampaign.

Carey emails her list 3-4 times a week offering freebies and providing value to ensure she keeps them engaged and happy to be part of her list.

She also has her personal site, which has a membership area containing all of her courses. But she does see her Facebook Group as an important part of her business. Carey has looked into alternative platforms but hasn’t seen anything that works as well as Facebook does for what she wants.

What Happens After Someone Completes the 5-Day Challenge?

After someone signs up to Carey’s email list and completes a free 5-day challenge, Carey invites them into her 4-week ‘Muscles and Macros – Fitter, Leaner, Stronger’ training program for $147.

Carey used to sell distancing courses, the types of courses commonly seen within running communities. But, Carey explained that by listening to her audience over the years, she realized they wanted to get fitter and stronger, not run further.

Her Muscles and Macros course focuses on helping women do exactly that — become healthier and stronger.

Not only does Carey know this topic is in demand from her audience, but it also follows on perfectly from the 5-day challenge they’ve just completed.

Carey said that after another 4-weeks of accountability and encouragement, as well as seeing awesome results, people naturally ask, “what’s next?”

On the backend of her 4-week Muscles and Macros program, Carey invites people to sign up for a low-end monthly membership costing $77 per year (or $7/mo).

She also mentions and promotes her membership program within the 4-week program that leads into it. Carey goes live on Facebook each week and also sells the course during their email series.

What’s Inside the Membership Program?

Carey hosts her membership group off of Facebook on her own platform. Inside, people get access to:

How’d You Decide on Your Membership/Pricing Model?

Carey has learned from some of the best in the business; she’s looked at what Stu McLaren and Amy Porterfield recommend. They recommend a similar tribe-to-backend membership approach as she’s doing.

Carey has tried to sell directly into the membership, but never had much success. What she’s found to work best is building a relationship over the 4-week program. Then sticking with her customers as they carry on into her membership program.

Basically, it’s the entire funnel starting from that 5-day free challenge all the way through to the membership program, Carey explained.

Another important thing about her product being fitness-focused is that it’s not a 30-day program, fitness is an ongoing lifestyle choice.

For this reason, Carey said she’s had paying members since she started almost 5 years ago. The last two years have been her best years to-date, too, as she’s built up her membership numbers.

Do You Need a Background in Physical Therapy to Start a Business Like This?

Having a background in physical therapy has helped Carey build her business. It’s added credibility and obviously helped her create her content without the learning curve of starting from scratch.

She said it’s not a requirement though. There are a lot of moving parts behind creating and running an online membership, and Carey has had to pick up other skills along the way.

In fact, Carey said having a physical therapist background has held her back in some aspects. When she started out, she just wanted to teach. She wasn’t interested in learning how Facebook worked, or how to use the platform to grow her audience rapidly.

Over the years, she’s learned how to use Facebook to connect with her audience. Not as a physical therapist, but as a person first. Only then can Carey get someone to really listen and trust her, she explained.

How Are People Finding You?

For a long time, people were finding Carey through her Facebook Page and Group. Effectively, landing at the top of the funnel which is what she wants.

Carey has studied how to grow her Facebook page organically, and this has been working well for her. She has tried Facebook ads in the past, but couldn’t figure out how to make them work for her.

Creating engaging content is what’s worked best for Carey. She’s active on her page and in her groups. Carey will post memes, helpful information, answer questions, and do as much as she can to show Facebook that people are spending time on her pages.

Carey has also recently started a podcast, so she’s hoping that will turn into another channel to find and drive people into her group.

Carey is excited to keep growing her community over at RunningMoms. Now that she’s found that “one thing,” helping “female runners get super fit,” it’s all about tweaking and focusing on what’s working.

She’s also excited to “be in people’s ears” as she grows her podcast. You can check out her podcast over at The RunningMoms Podcast, or wherever else you get your podcasts.

Carey’s #1 Tip for Side Hustle Nation 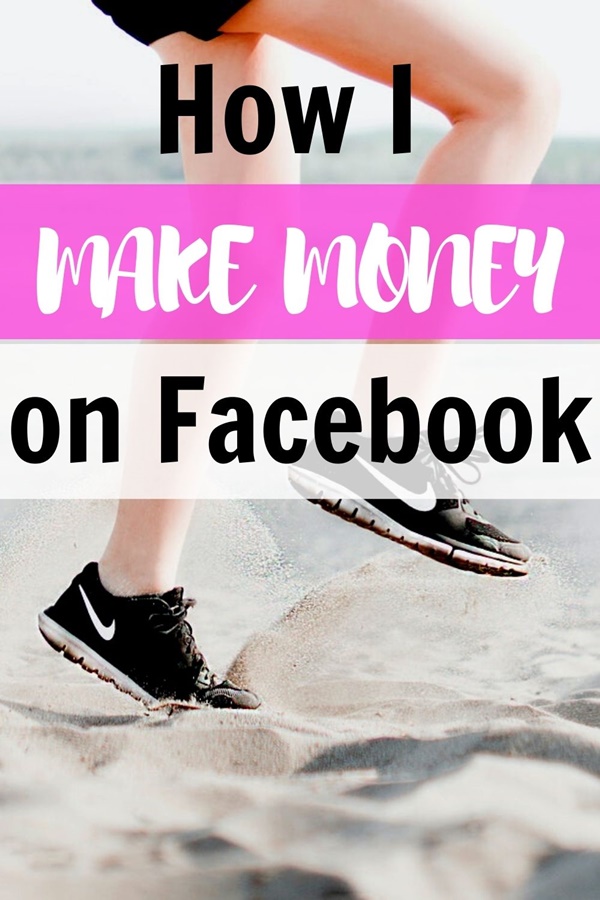 3 thoughts on “The Facebook Funnel: A Proven Path from Strangers to Paying Customers”