Is options trading legit? Is it a viable side hustle?

In this episode, we’re tackling trading options — a topic that’s been frequently requested by listeners, but is somewhat foreign to me.

To help school me on this, I’m excited to welcome my friend Kirk DuPlessis to the show. Kirk runs the super popular site OptionAlpha.com, where you can get all sorts of free options trading training. He’s been at this for over 10 years and the site has over 150,000 members.

Options trading (when done right) is a high probability form of investing, but as with all investments it’s based on risk.

Kirk explained options contracts are like insurance. As a trader, you can either be a buyer of insurance or a seller of that insurance.

On the buying side, it’s a way to kind of amplify your trading power through leverage. Instead of buying 100 shares of a certain stock and hoping it goes up, for example, you could buy contracts for a fraction of the share price that give you the option to buy the stock at today’s price should it go up by a defined amount in a certain amount of time — the contract term.

If it does, you exercise your option and make a big gain on a small initial investment. If it doesn’t, you just lose your initial option contract purchase price, kind of like your car insurance premium if you don’t get into a wreck.

On the seller side, you’re the person selling that insurance. You collect the cash upfront, and as long as the trigger event doesn’t happen, you keep it. Kirk argues that just like insurance companies are some of the most profitable in the world, option sellers are most often the winners in the options trading game.

(Apparently the Oracle of Omaha, Warren Buffett himself, sells up to $5 billion worth of options contracts a year.)

In this post and podcast episode, Kirk explains in more detail about how this all works in practice and shares his 8 rules for success in options trading.

If we know we are going to get into a volatile market, it’s only natural to assume something bad could happen. So, it makes sense to make lots of smaller trades instead of one big trade to reduce the risk of losing a large amount of money.

This is what insurance companies are doing, and Kirk uses Geico as an example to explain this. Geico doesn’t write one large policy, they write millions of policies. “You have to be willing to make lots of small positions all over the place because if you don’t, one random event can come in and knock you out,” Kirk told me.

Kirk’s position sizing on everything is typically less than 1%. So, if you have $10,000 in your trading account, aim for $100 bets. Kirk said he’d bet that over 90% of options traders who fail did so because they traded large position sizes.

In my chat with Teri Ijeoma on trading stocks, she echoed that sentiment, saying that new traders should try and make 1% wins every day.

Anything over 5% is considered a large position and people doing this run the risk of blowing up their account from a random event that’s out of their control and they didn’t see coming.

2. Have a High Trade Count

If you are going to realize your estimated % chance of success, you need to make a lot of trades. That’s how %’s and probabilities work, the more trades you make the higher the chance of leveling out at that expected %.

You can see the % chance of success on broker platforms. This is where people make the mistake of expecting that result every time when in reality it’s the most probable outcome over lots of trades. The more trades you make, the more consistent your % success rate will be.

Kirk said people always look for diversity in their trading portfolio to minimize the risk of large losses but often make the mistake of not investing in options with uncorrelated tickers.

Kirk recommends at least 10 broad sectors that are not correlated together. You can then make lots of small trades across all 10 sectors to reduce the risk of a black swan event hitting more than one of these sectors at a time.

4. Have a Balanced Portfolio

With options trading, you can bet on the price direction going up or down. People tend to gravitate towards the value of investments going up, but it makes sense to balance out your portfolio with positions going down as well.

“I don’t ever want to have all of my positions betting on every single market that I’m trading going up,” Kirk said.

5. You’ve Got to Play the Edge

The edge in options trading is to the options seller. This doesn’t mean you can’t buy options and have a good string of trades, but this is the exception to the rule. “As long as you are net options selling more so than you are randomly speculating and options buying, you should be OK,” Kirk said.

“Options contracts are leveraged investments,” Kirk said, so it’s important to keep a lot of your investment money in cash.

It’s also needed for brokers as they will request a margin requirement when you’re trading. This basically means they will partition an amount to cover the potential losses on your position.

As a rule of thumb, Kirk keeps about 50-60% of his investment portfolio in cash.

7. Base Everything on Non-Emotional Expected Outcomes

“The market doesn’t care what you think,” Kirk told me. You have to be as non-emotional as possible when entering into trades. In option selling, there is an expected outcome, but in order for that expected outcome to materialize, you need to do all the things Kirk has been talking about in this episode. Don’t be lead by your emotions, opinions, or thoughts on the market.

“Having a really strong, non-emotional framework for doing this is critically important,” Kirk added.

If you’re paying commissions and fees to enter transactions or rebalance your portfolio, those fees are crippling you. “You can own the entire world of investing for less than a fifth of a percent in fees by using low-cost ETFs etc,” Kirk told me.

This doesn’t mean you don’t have to pay any fees if it makes your trading business better. Kirk willingly pays 0.75c per contract to trade on TD Ameritrade because their platform is so much better than the free options. For beginners, however, Kirk said you shouldn’t be paying any fees to invest in stocks.

Other trading platform Kirk recommends checking out include;

What’s a Day in the Life of an Options Trader Look Like?

“If you’re going to decide to be in this, you gotta be in it for the long game,” Kirk told me. There is a huge learning curve at first, but like a lot of businesses, once you’re over the hump it gets a lot easier.

Kirk said you shouldn’t be spending more than 30-45 minutes a day managing your portfolio once you’re knowledgable and experienced in the business.

Part of the reason Kirk runs OptionAlpha is to give himself something else to do and stay away from over-analyzing the market. He wants to show people that this is a business model that doesn’t require hours in front of a computer.

Kirk is going to continue building the OptionAlpha community and adding to the services and products he currently offers. OptionAlpha has become a crowdsourced intelligence platform for the most part. The money he receives from memberships is being reinvested into the site and doing more research into the options trading niche.

One exciting project he’s working on is a platform that allows people to build automated options trading strategies.

Everything he’s talked about in this episode currently has to be done manually, but he’s working on a tool with rules and automated processes that will make trading a lot quicker and easier.

Kirk’s #1 Tip for Side Hustle Nation 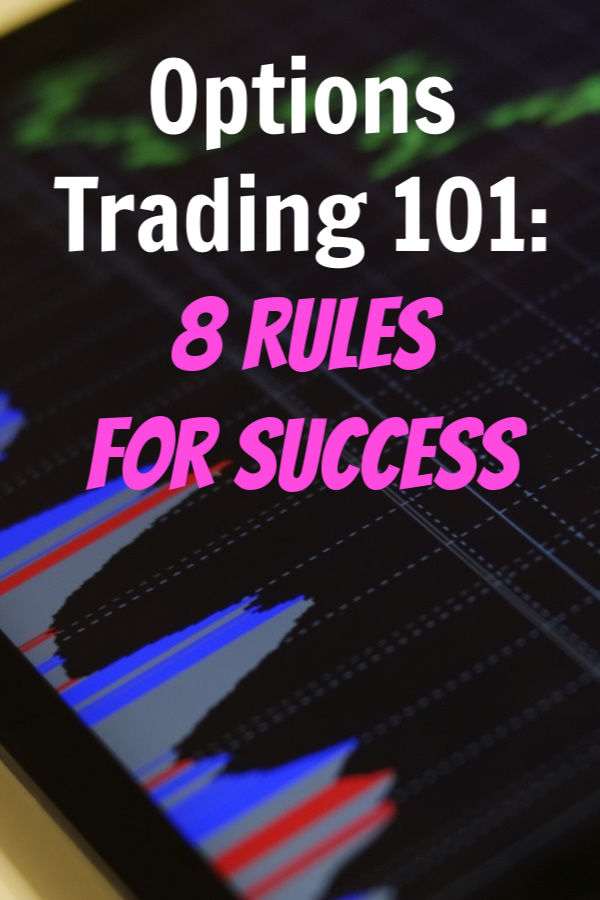 10 thoughts on “Options Trading 101: 8 Rules for Success for Total Newbies”