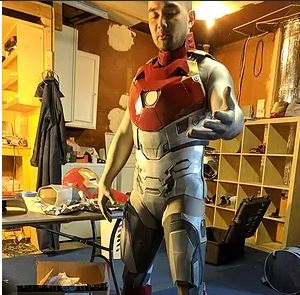 Nikko Mendoza is one listener who’s taken a lot of action this year building his side hustle.

He runs a cool business in the 3D printing niche that today has 2 main revenue streams:

Currently, those 2 income streams combine to earn around $2k a month, but Nikko told me he had the goal of 10x-ing that income in the next year.

To help me brainstorm ways to get that done, I invited Don the Idea Guy back to the program for this special coaching episode.

As you listen in, we talk traffic generation and revenue generation for Nikko’s business, and I’m confident you’ll find some parallel opportunities to pursue in your own business too.

He drives a lot of his traffic to his Facebook group and website from his videos and also gets some organic traffic via search engines directly to his site.

His website is converting a consistent 3-5 sales per day.

More traffic will almost certainly mean more sales, so this is the first area we brainstormed to see what suggestions we could come up with.

Nikko already has a Patreon with some tiered perks in place, so Don recommended adding higher tiers involving more 1-on-1 time with Nikko via live chat and training videos.

Don also suggested using a tool like KingSumo to track how many social shares someone is generating and add incentives to customers who raise awareness for Nikko’s brand.

Don added that Nikko could offer some sort of virtual punch card or loyalty discount for active customers.

There is also more he could be doing with images of his products. One idea was adding watermarks, with his website or call to action.

Another idea was adding a photo album to his site to give fans and customers some exposure.

Nikko said he gets a spike in his YouTube traffic and subscribers when other YouTubers in his niche mention him.

He’s got his sights set on working with a couple of the big players in his niche, namely 3D Printing Nerd and Punished Props to try and leverage this some more.

But instead of targeting competitors to work with, Don suggested looking at working with potential customers or people who will use his designs, such as cosplayers.

Nikko said he has reached out to some well-known cosplayers to try and get them to wear his costumes, but it hasn’t worked out yet.

Don suggested offering something like a lifetime discount to up-and-coming cosplayers rather than those who are already huge, as the big players likely already have sponsorship deals in place.

I mentioned above that Nikko’s two main income streams are sales of his products and his Patreon campaign.

Don had some ideas to generate more income streams and diversify the way he’s making money;

Nikko is currently selling and marketing to people who have 3D printers, but a lot of people are not able to print his designs themselves.

Nikko said there are services he knows of, such as 3D Hubs, that connect people with 3D printing services, but they are not tailored to the type of designs Nikko is selling.

Don suggested finding a company that does cater to his customers, then reaching out to them and asking for an affiliate relationship or sponsorship for sending customers to them in need of 3D printing.

This could either be as an affiliate where he earns a commission per sale or negotiate a deal that works well for both parties.

Another idea Don had was to work with a supplier of the filament Nikko uses (the plastic used in 3D printing), and work out a partnership deal where they add Nikko’s brand to his order or private label some of their filament.

Don also suggested working with companies that are selling 3D printers to include a free gift from Nikko, such as a blueprint download so they can start using their new printer by printing some of his designs.

It’s a great way to reach new customers while adding some value to the sale. Don suggested directing customers to a landing page on his site and capturing their emails, so he can promote to them in the future.

Don shared some parting words of wisdom regarding reaching a wider customer base and increasing sales:

“When you learn the reasons why your customers made their last purchases, it will help you track down the people who will make their next 1000 purchases from you.”

I caught up with Nikko a couple of weeks after the recording to see if he’d implemented any of Don’s ideas.

Drumroll…. his overall revenue had doubled in that time!

He said this was primarily due to adding a couple of higher tiers to his Patreon campaign. Now fans can pay him up to $120 a month, when previously the highest tier was $27.