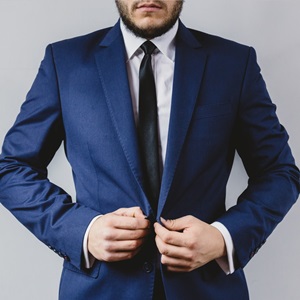 Some side hustles you relentlessly pursue, trying day after day to make something happen. Others sometimes just find you.

This was a case of being in the right place at the right time, and the opportunity finding me. I won’t chalk it up entirely to luck though, because this side hustle was actually the result of a couple years of building trust.

“Luck is what happens when preparation meets opportunity.”

Lately I’ve been playing HR Manager / Recruiter for a web development company on the east coast. I’m working on a performance basis (an idea I love!), finding talented workers in the Philippines.

The “Accidental” Side Hustle

It started with a one-line email, seemingly out of the blue:

“Are you available for hire? I’m looking for an outsourcing consultant.”

Well, maybe not so much. For the last 2+ years, I’ve been running a site related to small business outsourcing, establishing myself as somewhat of an authority on the topic.

Still, I had no “consulting” experience to speak of, nor was this service mentioned anywhere on my website.

So of course I replied:

“I’d love to be your outsourcing consultant. What did you have in mind?”

And with that, I had a new consulting side hustle.

It turned out my new client’s business was growing rapidly, and he needed to ramp up his staff in a hurry but didn’t have time to deal with a lengthy recruiting and interview process. We focused on finding technically skilled workers in the Philippines, because it’s a sweet spot for English education, a talented workforce, and attractive wages.

We agreed on a rate of $395 per hire, only because that’s what one other established company was charging for a similar service. Except they take their fee upfront, and I’d only get paid if I found someone good enough to get hired.

Due to the 15-hour time difference, I worked some odd hours, doing Skype interview calls with the Philippines.

Over the next 6 weeks, I found 3 suitable candidates (out of a pool of well over 100), which resulted in a nice $1185 in side hustle income. It was an awesome learning experience too.

But let’s back it up, to how this gig came about, because that’s a far more interesting story.

Long before my client was a client, we began following each other on Twitter. I believe he’d tweeted something about small business outsourcing so I decided to start following him, and he followed back.

That was 8 months before the “out-of-the-blue” email above.

Around that same time, my client-to-be signed up for my email list.

In between the initial sign-up and his proactive contact above, I sent 17 emails over the course of the 8 months. These messages primarily contained free outsourcing resources, tips, tricks, and best practices, both from my personal experience and from around the web.

In other words, I was delivering relevant and valuable content to his inbox on a pretty regular and consistent basis. And after 17 times, there’s a certain level of recognition, familiarity, and trust.

A couple times — at the very beginning of the relationship and then again right before the “consulting” email — my not-yet-a-client reached out for some advice via email, which I was happy to provide free of charge.

In the end, I didn’t have to sell anything, because the relationship, trust, and value had already been established over a long period of time.

He proactively contacted me, about a service I didn’t even offer (or have advertised). Isn’t that an awesome way to get business?

Such a sharp contrast to cold calling for paint job leads!

This side hustle is testament to a long-term outlook and is proof the Know –> Like –> Trust sales funnel works.

Side Note: I was curious where the Know/Like/Trust language came from, and traced it back to a Bob Burg quote from Endless Referrals:

“All things being equal, people will do business with — and refer business to — those people they know, like and trust.”

(Mr. Burg also co-authored The Go-Giver, one of my favorite business books of all time.)

It’s also a great example of how good things can come from saying yes to new opportunities, even if you have no idea what comes next.

Conventional wisdom is to shelter yourself by saying no:

But no great side hustle was ever built by saying no. Sure, there’s some level of selection you have to exercise, but you can open yourself up to new challenges, opportunities, and businesses with a well-placed “Yes!”

No is the easy way out. Yes is scarier, but more fulfilling too.

Behind every side hustle success story is a Yes. My path is sprinkled with them. Many didn’t go anywhere, but you never know until you try, right?