Today I want to share a little about my latest experiment, an Amazon Alexa Flash Briefing Skill called The Money Making Minute.

I’ll go through why I’m excited about this, where the idea came from, how I’m setting it up, and why you might consider adding an Alexa skill to your own business. 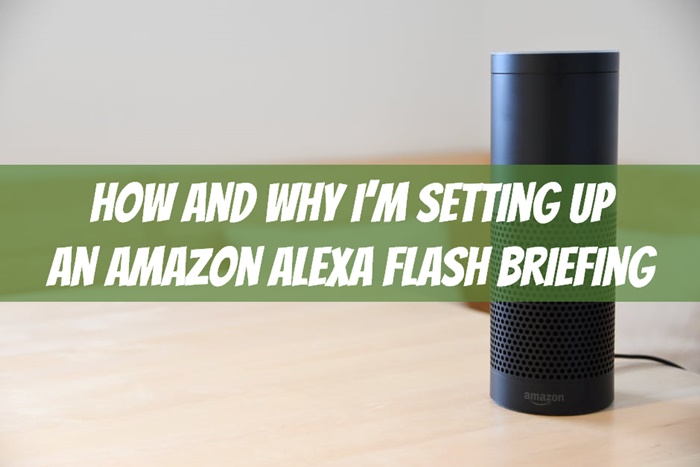 Amazon has sold more than 50 million Echo devices (and probably several million more this Christmas season). There’s a clear demand for these smart speakers, but I think there’s an opportunity in creating content for them and for their users.

Some numbers to consider:

Compared to the number of potential listeners (remember that 50+ million devices), it seems like a promising new content frontier to tackle.

And as a podcaster, reaching people in their homes, with my voice, on a routine basis, is a pretty valuable relationship to build.

So what’s a flash briefing?

An Alexa flash briefing is just a quick piece of audio content.

You could consider it a daily tip or idea. Some of the most popular ones are weather reports, news updates, the word of the day, trivia skills, the dad joke of the day, stuff like that.

Is there a little micro piece of content that you could create that would be compelling to subscribe to?

The goal is to become a part of someone’s daily routine.

Why Create an Alexa Flash Briefing?

What I’m aiming to create with The Money Making Minute is quick daily doses of income-generating inspiration.

The goal in my case (in addition to building listener relationships through voice, which I think is really powerful), is to reach a new audience of podcast listeners.

I believe Echo owners to be a tech-savvy group of people who are already used to–and hopefully enjoy–consuming audio content. A new frontier to potentially grow an audience.

For me, podcast listeners are one of my key performance indicators that influences lots of other positiive things in my business.

Where Did This Idea Come From?

Credit where credit is due: the inspiration for me to create The Money Making Minute comes from Nick True of MappedOutMoney.com.

Nick planted this idea in my ear at FinCon this fall and I couldn’t get it out of my head. He likened it to starting a blog in 2008. That is, getting in on the ground floor of a medium that’s about to blow up.

When we spoke, he was talking to 1000 people a day, about money, in their homes, on autopilot.

I’ve already seen the power of podcasting so I didn’t need much convincing to see how cool that was, and I was impressed how quickly he was able to ramp it up.

Goals for The Money Making Minute

If I can get to 1000 listeners a day by the end of the first quarter, I’ll consider that a huge success. I’m not sure how realistic that is, but I’ll give it a shot and put some marketing effort behind it.

I see it as a relationship building play, rather than a direct monetization play, although I am certainly testing specific calls to action in some episodes.

If you have an Amazon Echo and want to check it out, you can first ask Alexa to enable The Money Making Minute and then ask her to play your flash briefing or say, “Alexa, what’s my flash briefing?”

You can also search for new skills and edit the order of your flash briefing skills at alexa.amazon.com.

As with everything on Amazon, reviews are huge, so if you do check it out and think this is a cool idea, I would be in your debt if you could drop in a quick review for The Money Making Minute.

If you’re thinking a Flash Briefing Skill might be a good addition to your business, let’s talk about creating the content for a minute.

One advantage I have is a library of business ideas, blog posts, and podcast archives to pull from. I was able to create the first 100 or so episodes just from that library, and probably haven’t exhausted it yet either.

(Speaking of, I’d love to feature you — just shoot me an email with 150-200 word summary of your business or side hustle — nick @ sidehustlenation [dot] com — and try to include what you do, who you do it for, how much you charge, and how you find customers, that sort of thing.)

My theory is I can batch script and record these things a few days a year. Since they’re only a minute long, I can bang out a bunch at one time. That is, if I can keep sourcing content ideas!

How a Flash Briefing Works

It’s All Driven from an RSS Feed

Mechanically, how this works is as an RSS feed.

To create and host this feed, I just used my long-time podcast host Libsyn. Since the files are so small, it’s just costing me an extra $5 a month.

You’ll just need to set the limit on your feed to 1 episode so your flash briefing listeners don’t get 10 in a row.

(Or append your feed with /size/1 — a cool trick Libsyn support showed me. That lets me use the same feed as a podcast to submit to iTunes and other directories.)

Side note: I believe you can also set up your Alexa skill as a plain text RSS feed, and just have Alexa read it herself. That method gets your content distributed but doesn’t come with your voice delivering it. As a podcaster, the voice option made a lot more sense.

Setting Up Your Skill

There’s a pretty straightforward creation and submission process. I found this post on Social Media Examiner pretty helpful in walking me through the steps.

Coming Up with a Name

I brainstormed a few different potential names or “hooks” for my skill, like Small Business Stories, or The Business Idea of the Day, but I ultimately thought those were kind of weak.

When I peeled it back a layer and asked, “What do people really want?” The answer was pretty clear: They want to make more money. And so I came up with the Money Making Minute — alliterative, brandable, and emphasizes both the benefit and the brevity.

You’ll need to add some artwork to your Alexa Skill. Since I was turning it into a podcast as well, I made this quick cover art in PowerPoint. 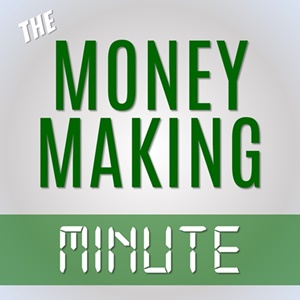 How to Get More Mileage Out of Your Flash Briefing

One of the big questions for me in launching The Money Making Minute is the best way to re-purpose this stuff. By nature, the flash briefing is here today, gone tomorrow–but most of the content will be evergreen.

It seems like a waste to just let it die!

One thing I’m doing is syndicating it to its own micropodcast also called The Money Making Minute. It’s available in iTunes / Apple Podcasts and elsewhere.  But maybe there’s more I can do like turning these into videos for Facebook or YouTube.

What do you think? Is a flash briefing skill something you could add to your business?

I’m excited to see where this goes and of course will post an update here on the blog in the next few months when I have some results.