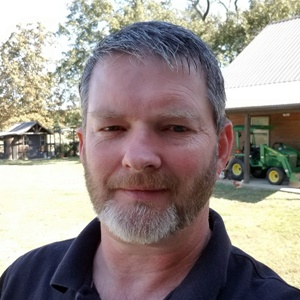 He knew his $12 an hour gig at Walmart was a dead-end job.

His escape route was a business idea you probably walk past at least a couple times a year without even thinking about it.

Today, Larry McGee’s the guy who takes care of the aquarium at the dentist office and other commercial waiting rooms.

And it earns him around $70,000 a year, doing something he enjoys and working just 15-hours a week.

Larry’s aquarium maintenance business started as a lunch break side hustle with a friend while working at Walmart. More than a decade into the operation, he’s got dozens of predictable retainer clients that pay him every month.

In this episode, Larry shares some interesting tactics he’s used over the years to find new clients and keep them around for years.

I’m confident he’ll give you some food for thought as to what type of local service business could be right under your nose. 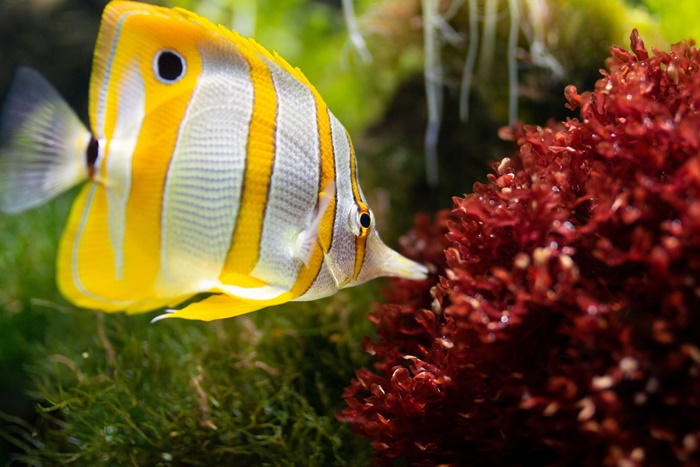 How to Get Your First Aquarium Maintenance Clients?

Larry started out doing some direct mail to find his first clients (this was 25 years ago). He remembers his first client well, a pediatric dentist’s office, because they are still a client of his today. Larry said it cost him around $1 to acquire them as a client, but it’s netted him almost $50,000 over the years.

He has a high retention rate, telling me a lot of his clients have been with him for 15+ years. What does Larry attribute the long-lasting relationships he has with his client’s to?

“If you offer good customer service, they’re going to appreciate that and just keep you,” Larry told me.

How Were Your Client’s Cleaning Their Tanks Before You Approached Them?

“The majority of my business is new business,” Larry explained. Most of his new client’s didn’t have anyone cleaning their aquariums before he contacted them. Larry isn’t in the business of trying to compete with his competitors, he doesn’t deliberately contact businesses already in a contract.

In the example of his first client, the pediatric dentist’s office, the dentist’s wife was maintaining their aquarium. She was more than happy to hand over this task to Larry when he contacted them.

How to Market an Aquarium Maintenance Business

When Larry started his business, he was sending out direct mail to companies introducing him and his business, and the service he was offering. He started by making a list of all the dentist practices in his area, then sent out proposals.

He didn’t know if any of them even had an aquarium, he was just targeting dentists as most tended to have an aquarium.

Over the years Larry said he’s tried “everything” to attract new clients, some of the marketing channels he mentioned were:

He said it’s not the easiest business to market, as not everyone has aquariums or will be getting one in the future. He’s had the most success over the years with his direct approach of sending companies letters or emails.

Larry did some outreach recently to assisted living businesses in his state. He found a list of all the assisted living companies on the Department of Human Services website and sent out a bunch of letters and emails.

An interesting element to this outreach was that Larry first asked one of his current assisted living clients what they thought the best way to be approached was. He then took their advice to send letters first, following up with a call or an email. He’s already landed new clients doing this.

The good thing about retaining his clients for as long as he has is that Larry doesn’t need to do much marketing for new business.

It’s a service business that requires his time, so there are only so many clients he can take on at a time.

How Long Does Each Service Visit Take?

As with all new businesses, “It was a learning experience,” Larry told me when talking about his first few clients.

Typically, Larry will carry out the maintenance during normal business hours. He’s made some special equipment to help minimize the disruption and mess as most of the tanks he works on are in an area where a business’s customers are.

The average job takes around 45 minutes, and once a month is enough. It’s really dependent on the size and condition of the tank. When Larry arrives, he checks the tank for any obvious signs of damage, then he tests the water.

He’ll change the water if needed, but sometimes he doesn’t need to do that if he changed it last month.

In the early days, Larry said he would, “Just put a number out there to see if people would do it.”

He’s increased his prices over the years and charges a flat monthly fee based on how long he thinks the work will take. Starting out, he based that rate targeting $50 per hour.

Have You Ever Hired Staff to Scale Your Business?

Larry has hired a couple of people to help over the years. “Sometimes it worked, sometimes it didn’t,” he told me.

He had to fire someone that was costing him clients, and he generally didn’t find people that would do as good a job as he would.

So, as of now, it’s just Larry doing everything within his business.

How Much Time Are You Putting in Each Week?

Larry knows which clients he needs to see each month. He schedules out his visits on his calendar and fits in the appointments where he has time. He can clean 8-10 tanks a day if he plans them close to each other.

He went “full-time” on his business at 15 hours a week. This number has worked well over the years allowing him to balance his home life.

However, with the kids growing and going to college now, he’s planning on putting in more time to grow his business.

Not all of Larry’s clients are commercial businesses, although businesses are much more likely to have a large tank in need of regular maintenance. He does have some wealthy business owners with large tanks at home that he services also.

One particular client he has pays him weekly to check in on her fish, even though Larry has told her it’s not necessary. She even named an eel “Larry” after she had to replace one that died due to a power cut.

Larry said she’s paid him around $60,000 over the years. So, private individuals are a lucrative and interesting side of his business.

With his kids starting college recently, Larry has some more time on his hands and has some plans to grow his business. “I would love to break that $100,000 a year mark in just maintenance,” he told me. Larry plans to add another 20-30 clients to his books, but he’s also entering the online space too.

He started his website The Aquarium Maintenance Business to help others looking to start their own aquarium maintenance business. He said there isn’t a great deal of quality information online about doing so, so it’s a chance for him to become an authority.

Larry has also put together a course that covers everything you need to know to start your own aquarium maintenance business, from finding clients to carrying out the maintenance.

Get the Free Aquarium Maintenance Guide

If you’re interested in either starting an aquarium business or want to maintain your own aquarium, Larry is giving away his ebook “The Aquarium Maintenance Guide” for free.

Through that link you’ll also find a coupon for his course if you’re ready to dive in and start your own aquarium maintenance side hustle.

Larry’s #1 tip for Side Hustle Nation

“If you want to better your life, you have to do it yourself.”