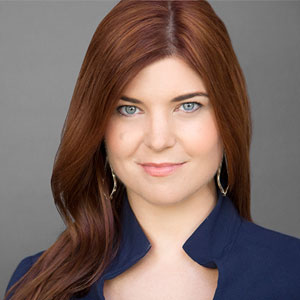 Jaime Masters has interviewed more than 500 millionaires. On top of that, she runs some premium mastermind programs and is a sought-after business coach.

I’ve been trying to figure out the best way to get on the podcast for years, and I think we came up with something unique and hopefully compelling.

Jaime agreed to actually coach me on a couple of areas of my business.

So, if you want to hear what a millionaire coach thinks of my operations and what I could or should be doing differently, or just want hear the kinds of questions that come up, tune in.

I think you’ll find the insights applicable to your own business, no matter what level you’re at.

What Did I Want to Get Out of the Session?

Jaime opened up by asking me, “What do you want to get out of this session?”

There were two things I wanted to get out of the session;

Jaime explained part of her plan for this session was to identify any short-term low hanging fruits to make this happen.

Jaime had my wife and I do an exercise where we envisioned what our perfect day looks like. She does this with her clients to help them get better clarity on what they’re trying to achieve. Then areas where they can make any changes now to get closer to their goal.

The good news is that we both have very similar visions. It’s also very similar to what we’re doing now, so we’re pretty happy and on the right course.

Essentially what we described was a less stressful or less hectic version of today.

We love what we do, and our perfect days aren’t far from what a regular day looks like. But what we mean by less stress is having a calmer version of a normal day, and not feeling so rushed.

This was when Jaime first suggested I hire a right-hand person, which became a theme and a solution to a lot of my problems as the conversation unfolded.

Another exercise Jaime had me do was to break down where I’m spending all time working on my business, essentially carry out a time audit. Again, Jaime was positive about how I’m managing my time, telling me, “You do get a lot done and are very refined. That being said, more than half of your time is spent on content creation.”

I do spend 20+ hours a week on content creation, and even give each podcast a final listen before publishing.

Jaime pressed the point again that I really need to think about hiring a right-hand to take some of the content creation off my hands. At least the more routine aspects of it, if not the creative side.

A statement Jaime made that will ring true with a lot of other entrepreneurs reading this was, “The only way you’re going to create more time is to get better and better at letting go.”

Doing the envisioning and time audit exercises highlighted that if things stay the same right now, I’m only going to get more stressed, not less. Jaime helped convince me that I do need to hire someone, as I’m already putting a 40-hour week on average.

I decided I want an executive assistant that’s capable of doing a lot of what I do, and probably for 10 hours or so a week at first. Jaime said to start by finding out who I am, and what kind of person would complement my skill sets and personality type.

She said we shouldn’t try and hire a clone of ourselves. We should aim to find someone who complements who we are, to help fill those gaps for us rather than try to do what we’re doing.

She recommended I take a DISC personality test (more on my results at the end of the post), which helped define my personality type. It’s the same test Jaime took and used to find her assistant. She also shared the job description template she used.

Jaime recommends creating what she calls a “Master Schedule” for my week to better organize my workload and be more productive. While this isn’t a task I’ve done specifically, my week is already pretty well-organized as follows:

Jaime said she can see 5-10 hours of work I could be handing over to someone else to better optimize my time, and I agree.

A project taking up a large time commitment right now is the course I’m planning on releasing in August.

At the time of recording, I had the following plan for creating and releasing the course:

Jaime’s first question to me was, “Where are your gaps?”

It’s a lot of work. Jaime said some people work better isolating themselves and sprinting on projects to get them done quicker, but I don’t see that working for me. I’m confident I can get this done on this timeline.

Takeaways and Homework for the Next 3 Months

After the call Jaime sent me my 3-month plan, it looks like this:

After the interview with Jaime, which was recorded in mid-June, my homework was to begin recruiting for this executive assistant role.

I decided I wanted someone that would have editor-in-chief or content management responsibilities as well. This will help me lessen my huge current time commitment on content creation as highlighted by the time audit Jaime made me do.

I started by doing the DISC assessment Jaime recommended. I was a little surprised by the results at first.

Dominance was the highest-scoring category. I definitely don’t see myself as a super dominating personality.

The secondary category was nearly as high, and that was Compliance. But the written description of the DC personality type actually sounds pretty accurate:

You have a strong inner motivation to assertively create and implement new ideas. You handle pressure well – you strive for excellence and expect others to do the same. You are innovative but tend to avoid risk taking. 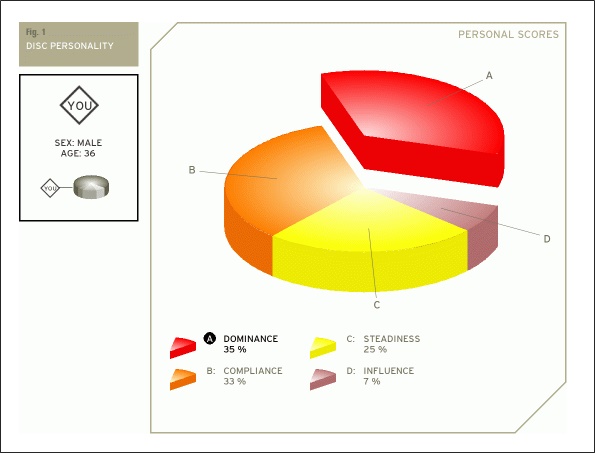 After that, I used Jaime’s template to create a job description for what I envisioned for this role. I wanted to start recruiting within my own network, so I included a “P.S.” in my regular newsletter and included a link to the job description. I posted it on Facebook in both the Side Hustle Nation group and on my personal account. 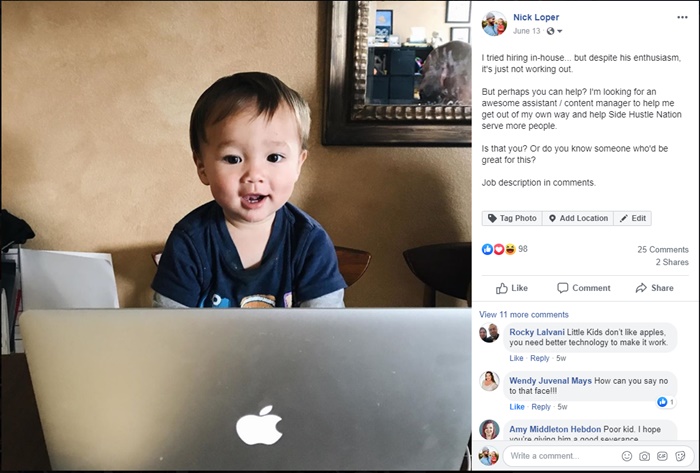 In total, I got more than 50 applicants and joked with Jaime that I needed an assistant to help me choose an assistant!

I’ve already interviewed a handful of the ones that stood out to me, and by the time this airs, I hope to have a decision.

The other piece of my homework — the course creation — I completed outlining the course in June as we talked about. I used the first part of July to pre-sell it to a small segment of the Side Hustle Nation audience.

I ended up getting 20 enrollments, and am excited to have this beta group go through the material and put it into action.

Since then, I’ve filmed all the raw material and am now in the process of editing.

What do you think? Was any of Jaime’s advice applicable for you, too?