In October, I wrote about how I built a membership site on the cheap.

Today I want to share a little more about what was “behind” the membership wall and how I found my initial beta testers.

I created a curriculum for a 30-day challenge to help people earn their first side hustle income. I called it Plan, Launch, and Hustle, and it was focused on starting a service business from scratch, built on top of skills and connections you already have.

Because I’d never sold anything like this before, I was just going to invite a few Side Hustle Nation subscribers to test it out for free. My wife (and others) balked at that idea, arguing that no one takes anything seriously they get for free.

If I really wanted the participants to go through the lessons, take action and most importantly, see results, I’d have to put a price tag on it.

But what to charge?

I didn’t know, so I figured this would be a good a time as any to run a little Pay What You Want experiment. The idea had been kicking around in my head ever since my podcast recording on the subject with Tom Morkes almost two years ago.

My membership site software (the Paid Memberships Pro plugin) doesn’t allow “fill-in-the-blank” pay-what-you-want, where customers have complete freedom to type in whatever amount they feel, but it does allow you to set different membership “levels.”

At the bottom of the sales page I just invited people to pay whatever amount they needed to to take the challenge seriously.

I was actually hoping to get around 25 sign-ups so I was really thrilled with the response.

How about the breakdown of what people paid? 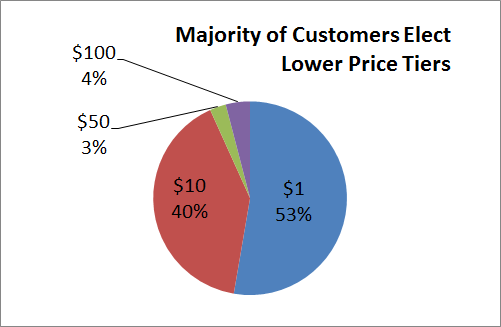 Pay What You Want Lessons

“Four Days” makes for a good headline, but in reality there’s a trust that has been building up for weeks, months, and years that made those sales possible.

Like Tom explained in our podcast, if people don’t have a pre-existing relationship with you, there is very little incentive for them to contribute more than the minimum.

If I was to run this experiment again, I would raise the price tiers, perhaps to 10/30/50/100/500. Since I saw the average fall very close to the 2nd price tier, my theory is that proposed structure would generate an average order around $30.

The other thing Tom recommended was introducing special bonuses for contributing at certain amounts. Potential things I could add on in the future would be downloadable audio or video files, video transcripts, one-on-one consulting, exclusive material, or mastermind matchmaking.

This was probably a mistake on my part. I didn’t really give people much reason to pay more other than the inherent motivation of having more skin in the game.

I actually re-released Plan, Launch, and Hustle in November with two price tiers:

I sent the relaunch invite to around 4500 subscribers and it generated 26 sign-ups and $1325 in sales (after processing fees).

And now being able to compare the 2 pricing structures side-by-side, it’s interesting to see that the Pay What You Want model starting at just $1 actually saw a better revenue per email recipient metric ($0.35 vs. $0.29.) and allowed me to serve more people.

Part of that decrease may be explained by “offer fatigue” (some of the same people who didn’t buy the first time probably received the offer again).

AWeber’s list-splitting tools are a little weak in my opinion. You can create a segment (say 10% of your list) and send them a message. But a few days later, if you want to send again to that same 10% you can’t do it. Or at least I couldn’t figure out how. They’ll let you send to 10% again, but it will include some new emails, which was pretty frustrating because they might not have any idea what you’re talking about.

Still, you never know until you put it out there and launch. I think you’ll see a more public-facing version of this project in 2016, perhaps with elements of both these pricing plans.

Want to be the first to hear when the next challenge group launches? Enter your name and email below and I’ll add you to the wait list.

Have you ever played around with PWYW pricing? What kind of results did you see?

Think you’d like to use a Pay What You Want structure for a future product launch? 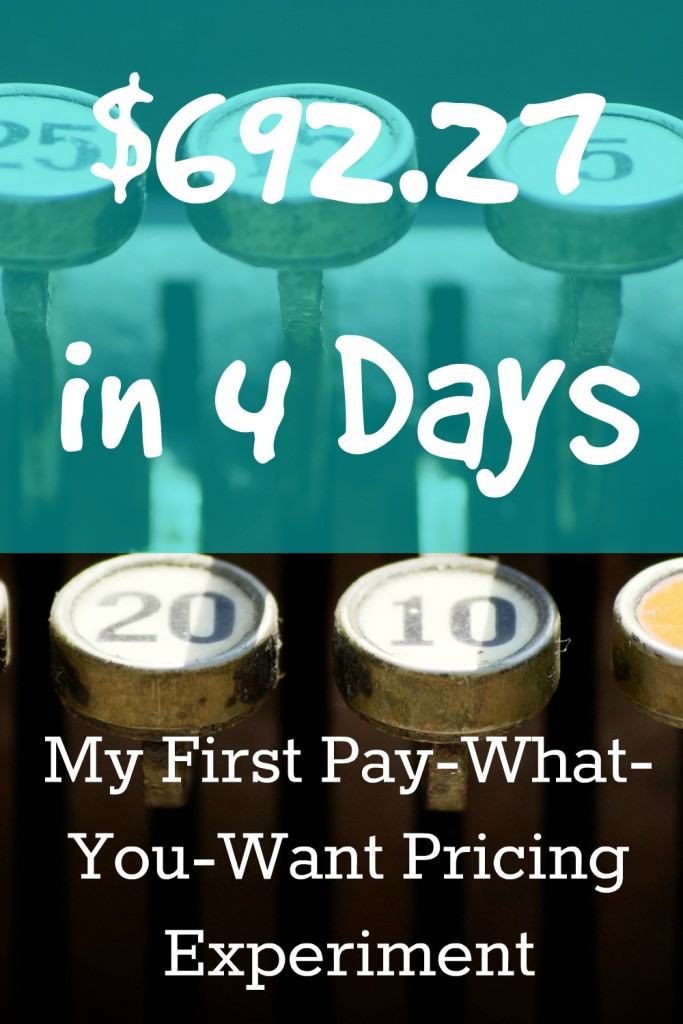