Bryn and I just got back from a couple weeks in Spain and Portugal. We had a great time exploring the sites, trying the food (and wine!), and playing digital nomad a bit.

Exposure to different cultures always triggers some new creative thoughts or ideas, and so here are a few of my notes from the trip.

(And if interested, you can check out my notes from last year’s 5-week journey to Japan and SE Asia.)

1. It’s OK to be Under Construction

One of the highlights of the trip for me was the Sagrada Familia cathedral in Barcelona. Construction began on this building more than 125 years ago, and they’re still working it today! 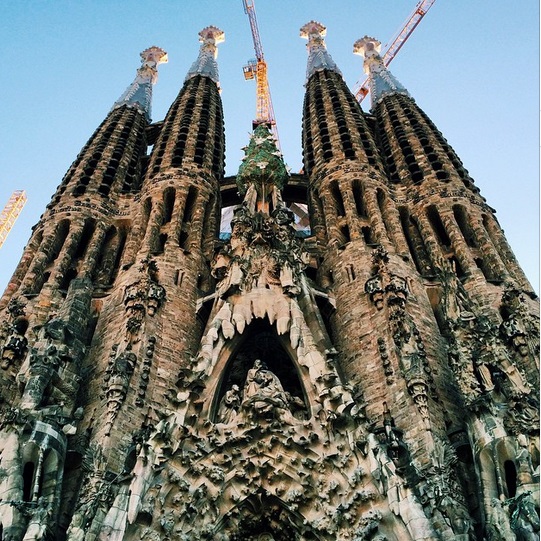 It reminded me of when I hear clients and colleagues say things like, “My website is almost done.”

In truth, your work is never really done. Your business (whether online or otherwise), will always be in a state of evolution and construction.

I first realized that distinction after the first version of my shoe site was built. I was eager to be done – to start cashing checks instead of writing them – but I soon discovered that constant investment was required to improve and grow.

Over the years, I probably spent 10x the initial “construction cost” in add-on features and “remodels.”

Traveling to a new country without knowing the language is intimidating for me. Thankfully my Spanish is functional enough to get by, but I was completely useless in Portugal.

The funny thing is, I was MUCH more useless in Japan, Vietnam, and Thailand last year – at least Portuguese looks similar to Spanish in writing – and we got by just fine in Asia with smiles and hand gestures.

But in Madrid, we met some other travelers who were intimidated by the language barrier in Spain who were handcuffed to the restaurants with English menus and the places in the guidebook.

Those restaurants do a booming business catering to English-speaking tourists just by speaking their language. Are they the best food or the best value in town? Probably not. But they command a premium because they’re easy to do business with. 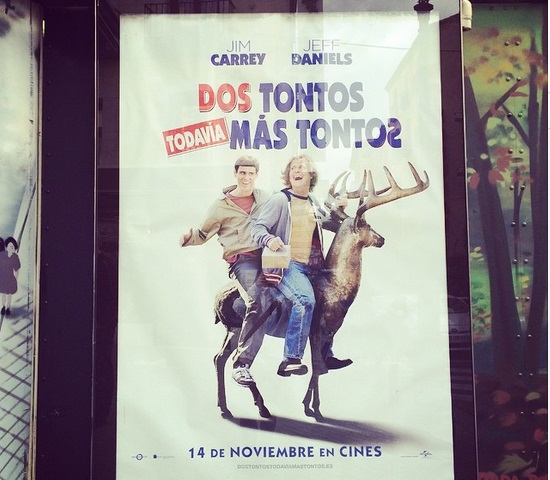 In terms of your side hustle, are you selling what your customers are looking for? This is easy to know in online business, when you can get detailed data on keyword search terms.

For instance, if you’re selling “integrated marketing solutions” but customers are looking for “increase blog traffic” – you’ll be better off changing your messaging.

On my shoe site, I had a category called Western Boots for a while until I discovered that Cowboy Boots was a more popular search term. So I changed the category to better speak my customers’ language.

3. Build on What You Already Have

Starting completely from scratch is inefficient and probably unnecessary.

In your side hustle, it may seem like you’re starting at zero, but I would argue your lifetime of experience up unto this point is a pretty serious foundation to build on.

What do you know about? What problems can you help solve for other people? Who do you already know?

Consider the case of Fizzle, the online business membership community. Fizzle was built out of Corbett Barr’s popular Think Traffic blog, which was built out of his own consulting experience in helping people generate more traffic for their websites.

With each new layer, the scope and reach has expanded; but he never had to start completely from scratch.

The idea of building a wall around a city seems kind of quaint these days, right? Can you imagine if New York or San Francisco decided to build a wall?

But a few hundred years ago, a tall stone barrier was a viable means of protection and defense. 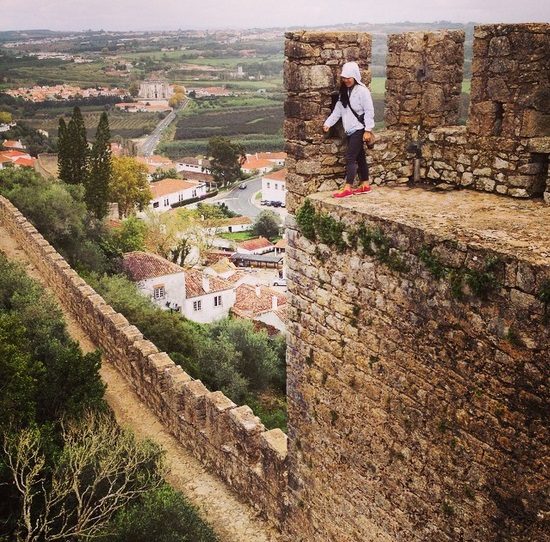 Now the parallel is to think of what kind of metaphorical “walls” can you build around your business to protect it from competitors.

For example, consider what Matt Giovanisci has done with his SwimUniversity site. Anyone with an expertise in pool care can rebuild the resource he’s created, but no one can replicate the quality of related content he’s created like his pool care rap video or 50 ways to jump into a pool infographic.

His personality and personal branding is the “wall” that makes the site unique and defensible.

In every town we visited, the oldest and most important buildings were the churches. Even in the tiniest settlements, there would be at least a couple churches, which reminded me of the power of building a following of people who believe what you believe.

This is an incredibly powerful and long-lasting idea – the catholic church has more than 1.2 billion members. That’s Billion with a B. 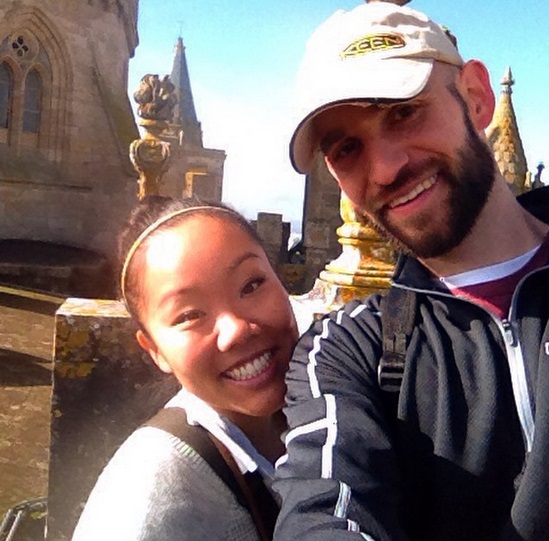 There’s a reason Pat Flynn starts every podcast with, “Where it’s all about working hard now, so you can sit back and reap the benefits later,” and why The Side Hustle Show begins with, “Because your 9-5 may make you a living, but your 5-9 makes you alive.”

These are “belief” statements – people can get on board with them and identify with them.

I found the horsepower in our Fiat Punto rental car woefully lacking. Even though I’m not a big sportscar guy and I only drive a 4-cylinder at home, the little lawnmower-motor engine barely had enough oomph to get us up a steep hill.

(In fact, even in first gear I spun the wheels and stalled out trying to exit a parking garage! Where’s the torque!)

But the important thing about barely enough power is that it’s still enough. It gets the job done.

Similarly, in your side hustle you might be waiting for the right time to launch a product or begin charging for your service – but my guess is you’re already strong enough.

I think of Bryn’s photography business as an example. Her and her partner didn’t have the portfolio or the top-of-the-line equipment to justify top dollar wedding clients, but they had enough to get started, which is exactly what they did.

One interesting custom we found was in Portugal, where restaurants will put appetizers on your table without you ordering them.

We found out this is not Portuguese hospitality; this is a sales tactic. If you eat them, they’ll charge you!

But all of a sudden the willpower ball is in your court – it’s much easier to say no to an appetizer when it’s just words on a menu; an idea in your head, rather than when it’s staring you in the face already on the table! 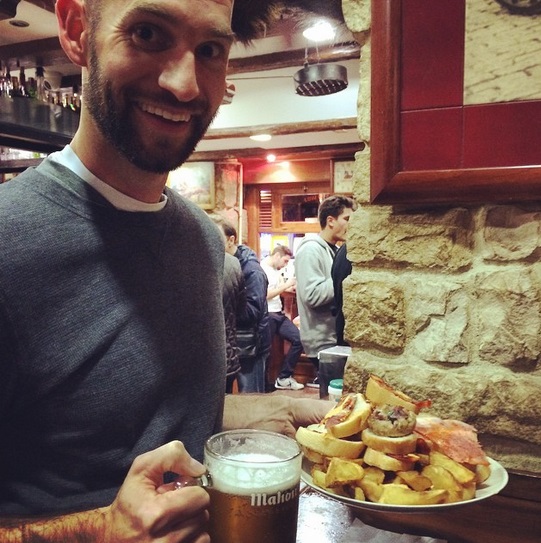 Could you employ a similar tactic in your side hustle? Imagine instead of requesting a guest post on someone’s blog, you sent them your article draft upfront. Instead of telling people how you could help them, what if you showed them?

One example that comes to mind is Bryan Harris from VideoFruit.com, who (unsolicited) created a video version of one of Neil Patel’s most popular infographics. That free gesture turned into a long-term paid contract.

Carrie Smith employed a similar tactic in writing for free for her target clients before charging, to show her value upfront.

In both Spain and Portugal, many restaurants and shops we wanted to visit were closed. Sometimes for just a few hours, sometimes for the full day.

They take the “lifestyle” part of “lifestyle business” seriously!

(And on the flip-side, the few businesses that were open during these off hours and off days had a well-earned monopoly!) 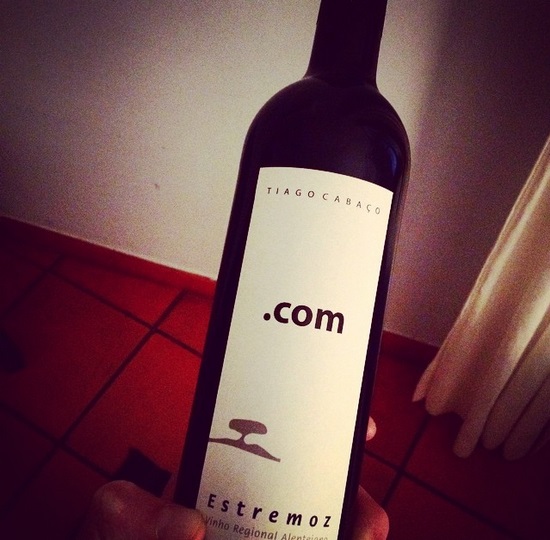 In our side hustles, taking a “siesta” from work can be easier said than done, but I think there’s some value in it. Take some time to recharge, refocus, and plan your next steps.

On the trip I didn’t work as much as I thought I might, but it’s OK because I wrote a lot of notes and ideas for content and projects to tackle now that I’m back at home.

And now to get to it!