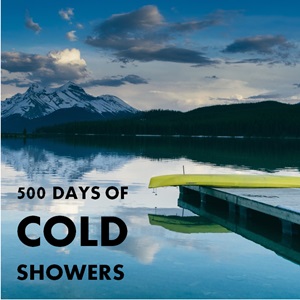 (Though admittedly during the summer here they’re not all that cold.)

When Nick Reese challenged me to start taking cold showers last March, my initial reaction (and you can hear this on the podcast), was “that sounds horrible.”

But since I’m all about different experiments, I figured I’d give it a shot for a month and see what happens. And the weird thing is, some good things started happening (over 25 comments on this original post).

I was getting more freelancing and coaching inquiries, feeling more productive and energized, and actually feeling happier — despite taking part in this “horrible” daily ritual.

When my 30 days of the initial challenge were up, the weather was warming and I just never felt the “need” to go back to the warm and comfortable showers of before. And the truth is I was probably a little afraid to break the streak.

I know it’s placebo, but if it ain’t broke don’t fix it, right?

Now fast-forward to this year and my interview with John Lee Dumas on Entrepreneur on Fire. I knew this was a big opportunity for exposure and wanted to do something a little different.

So when John got to asking me about habits I believe contribute to my “success,” I thought the cold shower thing would be the perfect “weird” habit to throw out there, and challenge his listeners to try the cold water for the next 30 days.

The reaction was awesome, and John and I got some really inspiring emails and tweets over next few weeks as people implemented this habit into their own routines.

Here are some of my favorites, reprinted with permission:

You were right! I am sold. Things are going great, and my productivity is holding fast.

Can I share with you the day I became convinced? Yes? O.K. Great here it is:

I work overnight and get home around 8:30am. I then will spend the next hour or two watching my kids (ages 2 and 5) letting my wife get ready for the day. I was tired and thought a cold shower might help me wake up. I didn’t feel all energetic after the shower, but I wasn’t tired.

I started playing with my kids, jumping on the bed and just being a fun dad. After my wife was ready, I went to my room to do some work before bed. My wife said that I was “Disneyland” and the kids had a great time.

Like I said, I have been productive, I also have had some awesome things happen (better results than I thought would happen), but the gold was in the day I was able to be such a great dad to my kids. I’m sold.

I appreciate your accountability here, and I want to commit to another 60 days…so it will be 90 days in all. You don’t have to hold me accountable, I just want to make the commitment.

“I took the cold shower challenge and my productivity at work skyrocketed!!”

I just wanted to send you an update email to let you know that I did the ENTIRE 30 day challenge. I wrote an article on my blog about the the lessons I learned from taking your challenge that I think you would enjoy.

“The reason I even did this challenge is actually kind of funny. When John and Nick put the challenge out there, I actually laughed because I was like, “I’m not doing that crap!”

Here is what got me though; John went on to say that probably only about five people would actually go through with this challenge. This guy has like a million listeners and that actually pissed me off. I took it personally because I felt like he called me out by my first and last name. I heard him say, “Ian Warner, you are full of crap and you don’t have what it takes to be successful.”

I was pissed off for the rest of the drive home!!!”

Recently, I decided I needed to turn things around. My obsession with working smart, not hard, made me very lazy. I got fired from a great job out of college within three months. Six months later, I got fired from my next job.

I heard your podcast and decided to do 90 days of five minute cold showers in the morning plus the following:

In case you’re wondering, the point of eliminating the sugar, alcohol, caffeine, and ejaculation was to rewire the dopamine centers in my brain to feed off accomplishment instead, which is a more subtle pleasure.

It could be compared to food in how eating dessert all the time makes other food seem less tasty or sound in how listening to loud music will eventually cause you to lose the ability to hear more quiet sounds.

Combined with a strengthened willpower from that abstinence, cold showers, and meditation, I’ve found myself able to get much more done and enjoy work more creating a positive feedback loop. Bottom line, I’m much happier, healthier, and more productive!

I also started a morning routine which consisted of:

Over the course of the 30 days, I added:

It was excruciatingly painful at first, but now I feel amazing physically and my willpower is much stronger. With that, I’m gradually adding more successful habits. It’s the compound effect. I enjoy working hard and I see my decisions in each and every moment as the difference between being highly successful or not.

I’ll be continuing these habits for another 60 days (most of them for life hopefully). I’m excited to see where I will be in three years.

Thanks for inspiring me! 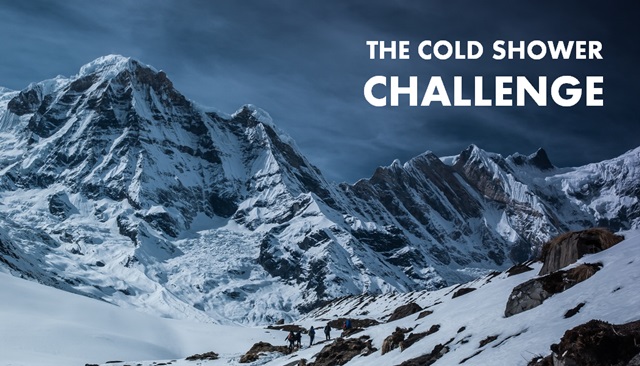 On May 12 I listened to Nick’s interview on EO Fire where he threw down the gauntlet and issued a one month cold shower challenge.

I accepted the challenge and today was my 31st consecutive day taking a cold shower.

I have definitely been more alert in the mornings and feel the showers helped my muscles recover quicker after workouts. It also has been a pretty productive month as far as my business goes – though I don’t know if that’s actually related. ;)

I want to thank you both for challenging me to step out of my comfort zone and experience something new.

1. Cold showers probably saved me 5-10 minutes per day x 30 days, since they tend to take a lot less time than hot showers. So that’s up to 5 hours of hacked productivity in the month. Not bad.

2. I felt great toweling off after each shower, even if the shower itself was pretty painful, and from there felt more energetic than after a normal shower. Not sure if that’s a revelation or not, just more or less how I consistently felt.

3. I was in Holland for 3 days in the middle on a trip, and the water there is REALLY cold. That was probably the hardest point of temptation to drop the whole thing.

I’ve been taking cold showers every day with a hose outside. It is especially exhilarating after my morning runs. I must admit that the challenge has been easy for me because I do not live in a “normal” type of home. I live in a converted school bus and the only source of hot water is an on-demand propane camping shower. The propane tank went empty a while ago and I haven’t bothered to make a trip to refill it. So I have been taking cold showers with a garden hose whether I like it or not!

One of the coolest things about it all is that my 4-year-old son has been into the Cold Shower Challenge, too! He says, “I can handle.” And then we jump into the cold water together, yell out loud, throw our hands in the air, and spin around in circles. It’s a blast.

Taking cold showers has saved me lots of time, too. I used to spend 20-30 minutes basking in the warmth of the shower. Now I’m in and out in less than 2 minutes. So I now have an extra 2-3 hours per week to work on my side hustling! Yay.

I’m proud to report that I hit every day of the cold shower challenge (besides 2 days I was backpacking, but I immersed myself in a cold stream!), and I’ve continued to enjoy cold showers (or at least cool showers) almost every day for the past month and a half!

It definitely got easier (noticeable decline in perceived pain after one week), and I developed several strategies to endure the discomfort (singing random songs, mantras, listing things I’m grateful for, outlining my day, etc). I think this challenge increased my mental toughness and helped me feel more alive in the mornings, ready to take on the world!

Thanks for the challenge and everything else you do to inspire me!

I would say that I have noticed a slight difference in my mood since taking the cold showers. It hasn’t been dramatic though other than the jolt to my system. When I have started with a warm or hot shower it seems like my body almost resists the hot water and wants a cooler shower now.

I have noticed a change in my awareness about water use in general. I have always been concerned about my impact on the environment, but cold showers remind me of how blessed I am to live with the option of hot or cold water when there are so many other people who don’t have the choice. It seems like I’m taking shorter showers and using less water as a result which helps reduce my impact on the water system.

I am keeping with the cold showers for the month of July and possibly August. Although, I feel like this challenge in the summer is not as difficult as it would be in the fall or winter. I’m not sure my body would be too happy with me with a cold shower in the winter!

And here are some of the tweets we got:

Even Mr. Entrepreneur on Fire himself got in on the action, sending a couple notes my way saying he “just finished a cold shower,” and “still ends every shower cold.”

These are real people sharing their real results and experiences from this challenge. If you feel like you’re in a rut, why not give it a shot?

Besides, the summer is the best time to start!