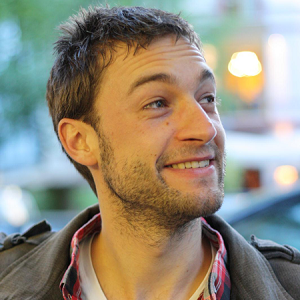 Robert Brandl is a German entrepreneur now living in Spain with his wife and twin 16-month olds, but 10 years ago he was working full-time, wanting to travel, and was just trying to figure out how to get a blog online.

He did what most aspiring bloggers would do–he turned to Google for answers.

But he was disappointed with what he found. Nobody was doing a great job answering his question and comparing all the different options.

With that, WebsiteToolTester.com was born.

This is Robert’s flagship affiliate site that now has in-depth reviews of all the top website building software.

I invited Robert on the show because this is a really common side hustle business model: the affiliate review site.

How it often works is you write product reviews, hopefully attract some organic search traffic, and then collect your commissions when someone buys through your links.

We saw this most recently in the physical product space with Kieran MacRae in episode 313, where he was reviewing mattresses and other sleep-related products.

But like most businesses, there’s an art and a science to doing this right and building a truly helpful resource as Robert has. And, he’s applied the same model to a number of different niches too, including email service providers, live chat tools, and more. You can check out his whole portfolio at ToolTester.net.

Tune in to hear how Robert structures his review content to make it easy to consume, how he optimizes it for SEO, and how you might apply the same strategies to an affiliate review site of your own. Or even just to review content on your existing blog.

Related: How to Monetize a Website: 15 Legit Strategies to Try

How Did You Land on the Idea of Starting a Website?

“I was looking for a new challenge, and I wanted to do the nomad thing,” Robert told me. This was back in 2009, and while he didn’t have a clear idea on the type of site he wanted to start, Robert knew he wanted to start a website.

He was thinking about a travel blog as he was going to start traveling. “So I went on Google and searched for – easy ways to create a website,” Robert said. This was when WordPress was still in its infancy, he was seeing site builders like Weebly and Squarespace gaining momentum.

He started getting traffic almost immediately, and after 1 month he had his first affiliate sale of $20. From there his affiliate revenue would at least double every month, and after just 4 months he felt confident enough to quit his job and go full-time on his site.

“What makes us different from the rest of the review websites is that, when we can, we use the website builders,” Robert said. To prove this point, his company website ToolTester.net was created on the Wix platform.

When reviewing website builders, Robert has a standardized process with a checklist he and his team goes through for each builder.

He has developed a star rating system, adds comments, pros and cons, adds tables, records videos, and has a comment section to engage with comments from visitors.

This standardized process makes it easy to compare different builders side-by-side and makes creating and formatting his reviews quicker and more uniform.

Video content is becoming more important to Robert, and he said it adds more value to the reviews. At first, Robert and his team were recording their own videos. Now he uses professional editors, provides scripts and information on the products, and is focusing on trying to get more traction on his YouTube channel.

As for word counts, it all depends on how competitive the keyword is and the commercial value of the article. His longest review is 5,000 words for a review of Shopify.

Ranking for keywords and SEO has changed a lot for Robert over the last 10 years. He himself admits he didn’t know much about SEO and internet marketing when he started his blog. Explaining that he was getting traffic and sales simply by filling a need in the market at the time.

Today, he has a much more structured and tactical approach to his content and says he can say “90% for sure” if he’s going to rank well in Google when publishing a new post. Robert said the most important part of this process is a good SEO tool, and he uses Ahrefs.

Using Ahrefs he can input a keyword idea, and get the search volume and a difficulty score metric that indicates how difficult it will be for his site to rank for the keyword.

Robert only publishes articles for keywords with a score he knows he has a good chance of ranking for and likes to see at least 1k search volume a month, although he will target lower volume keywords if there is a potential for decent affiliate commissions.

What Do You Look for When Deciding on a New Niche to Enter?

As I mentioned in the opening, Robert has entered some other niches using the same techniques he’s refined with his WebsiteToolTester site.

When looking at other niches, Robert starts by evaluating the competition and the quality of the content they are producing, saying, “You always, always have to offer something that’s better than what’s already out there, if I can’t make sure that it’s going to be better, then I may as well not do it.”

Finally, the niche also has to be interesting to Robert. Even if he’s outsourcing the content, Robert says he still wants to be interested in the niche so he can be fully invested in producing the best possible content.

What Tools/Plugins Are You Using to Build Your Review Pages?

If you’ve checked out WebsiteToolTester.com you will have noticed that it has beautifully designed pages with cool star rating tables, scrolling sliders, responsive tables, and loads more features that you don’t commonly see in review posts.

This is probably because it’s not a regular blog post. When I asked Robert about his review page design he said, “It’s not a blog post, it’s a fully custom template.”

Robert had an idea of what he wanted from his reviews. He went to a designer and had the design created, then took it to a programmer to make it functional within WordPress. He doesn’t have many plugins to recommend, although one he mentioned was Advance Custom Fields which allows you to make some cool looking custom CSS tweaks to your blog posts

Are You Doing Any Link Building?

Robert does actively build links to some of his reviews. If a review ranks in the top 3 or so positions within Google he said he finds that it will pick up backlinks organically and strengthen its own position. But for more competitive keywords, he’s tried a few methods to build back links to the review to improve its rank.

He’s worked with a few agencies to help with outreach and securing guest posts and said this is working, but it’s expensive. An interesting method he’s had success with was to find broken back links using Ahrefs and offer a resource to replace the one that had broken links pointing to it.

Another tactic is to reach out to the companies he is an affiliate for as there is an existing relationship there and ask for a guest post. They may not let you link back to your review if you’re mentioning competitors, but you can always create a blog post relevant to the niche/industry and link to that instead.

What’s the Benefit of Localization/Translating Your Sites?

ToolTester.com and EmailToolTester.com were written in German first, so Robert had to add the “/en/” version for visitors to convert the language to English, and the other appropriate subdomains for other languages.

He said this has a greater SEO benefit than letting visitors use their browsers to translate the text. This way he ranks in Google.DE for the German text pages, Google.com for the English text, and so on. He now has 7 languages for WebsiteToolTester.com, and 3 languages for EmailToolTester.com, so he’s capturing more local native traffic for each language.

Robert admits he tends to get bored and is always looking to start something new.

His next challenge might be to buy another business or make an acquisition of another affiliate review site to incorporate under his brand umbrella. He’s keeping an eye out on what’s available, but hasn’t seen anything that’s interested him yet.

Robert’s #1 Tip for Side Hustle Nation

“Use your unfair advantage – For example, I speak multiple languages and understand email marketing.” 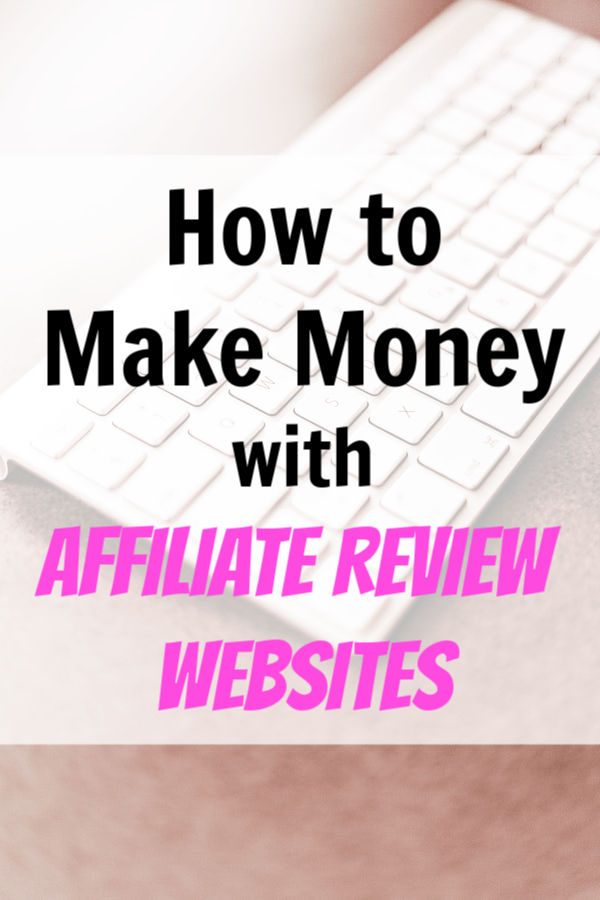