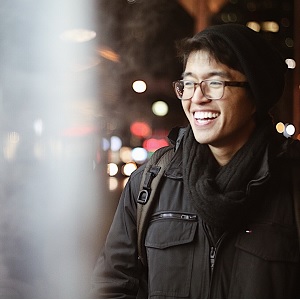 And that’s without even filming or putting your face on camera!

Jon Corres identifies trending topics on YouTube and produces viral videos to ride that trend. Or at least videos he hopes will hit the algorithm just right.

It’s a numbers game — not everything you publish will get traction. In fact, Jon said most of his videos don’t even breakeven on their production costs right away. But when you have one that hits, it washes away all those expenses and more.

When I spoke with Jon, he told me about one of his videos that had gone viral earlier in the year. This video quickly hit 1 million views in February, netting Jon $3,200 in ad revenue.

That same video has carried on bringing in passive income. At the time of our call, it had made Jon more than $18,000 and received 8 million views.

All from a short video that cost $80 to produce and comprises of short clips from other videos.

What Was That $18k Video About?

“I’ve never heard of this person ever, it was just based on my research, but it’s based on someone [a teen actress] named JoJo Siwa,” Jon told me.

Although Jon had never heard of her, his research dialed in on her as being a good topic for viral content so he went with it.

How Are You Doing Your Research To Find These Topics?

The first thing Jon looks for when searching for ideas for a video topic is trending videos on YouTube.

Ideally, he’s looking for videos with high amounts of views, uploaded to channels with low subscriber counts. This shows him YouTube is pushing that video out into its algorithm and it’s gaining momentum on its own.

“For example, a video that has a million views on it posted by a channel that has only ten thousand subs… there’s something that you can assume and confirm from that,” Jon told me.

His rule of thumb is that a video needs to have at least 300,000 views, and is hosted on a channel with fewer than 300,000 subscribers. That tells Jon there is enough viral demand for the topic for him to make one himself.

How Important Is Niche Selection?

“I always tell people to do something that you’re passionate about,” Jon told me.

This doesn’t mean you can just pick any niche. You need to stick to niches that have sought after or trending topics.

Niches like sports, celebrities, movies, are all perfect examples. If you were to compare this to blogging, typically these would be competitive niches and hard to break into.

YouTube works differently in this regard. Jon said that competition is a good thing when creating viral videos.

“I don’t really see it as competition, it all works hand-in-hand together,” Jon told me.

When a video gets thousands or even millions of views, almost all of those views are going to come from non-subscribers. So, building a loyal fanbase of subscribers is not important.

Jon said when he dials in on the analytics for his videos, he sees that most of his views come from being recommended on his competitors’ channels. This is because he’s chosen topics related to theirs.

What’s the Math Look Like Behind Producing Profitable Videos?

“From a mathematical standpoint, probably 1 of every 8-10 videos I post actually breakeven plus more,” Jon told me.

Jon said that he pays around $100 to produce each video. Typically, he’ll make between $20-$40 for most videos. When one goes viral, however, it more than makes up for the other videos not breaking even.

For example, when Jon has a video hit 1 million views, he expects it to make at least $3,000 in ad revenue.

For example, one of Jon’s channels makes him $300-$400 a day just from the accumulation of videos. He’s not even had one go viral on this channel; he’s just built up a steady traffic stream from around 190 videos.

Here are some creative and inspiring ways you can make money online.

What Comes Next When You Find a Topic?

When you’ve found a topic or an idea for a video, Jon said it’s vital to the success of the video that you create an engaging thumbnail and title. He does this before anything else.

Jon said that even if you create the best video on your chosen topic, unless you have a thumbnail and title that encourages someone to click on your video, it can fall flat.

Back in 2019, Jon used to do everything himself. Now he has a team in place and his video creation process looks like this:

What Style of Videos Are You Producing?

Jon said almost all of his videos are “Top 10” types of videos. These are what is working best for him, and he said there is almost always a way to spin a topic into a top 10 list.

The reason this style of video works so well is that it creates anticipation as the viewer watches from 10 down to 1.

It’s also good for watch time as few people want to skip the video before finding out what’s number 1.

His research team finds all the information they need from YouTube. Jon tells them to make points 10-8 really interesting to hook the viewer, then make points 2-1 interesting so they’re not disappointed.

How Are You Getting the Video Footage for Your Videos?

Coming up with a topic is one thing, but obviously, you need relevant visuals and video clips to make a video.

Before starting his own channels, Jon took a look at how other channels were finding their video clips.

He took a close look at one successful channel in particular called WatchMojo. This channel produces similar content to what he wanted to do.

He found interviews with the channel’s CEO explaining how it’s possible to use “Copyrighted Videos” under The Copyright Act 107. Which basically means being able to use footage under the copyright fair use act.

As long as you’re using the footage to create new content and not trying to impersonate the studio/artist who first made the footage, you should be ok.

As it’s an area that can potentially raise copyright concerns, it’s advisable to research The Copyright Act 107 yourself or speak with a legal professional.

To get the footage he needs, Jon’s team uses a tool called the 4k Video Downloader. This enables them to download YouTube videos and cut out the clips they need.

How Are You Producing Videos for Around $100?

As you can see from Jon’s workflow, there are a number of steps involved in creating a video. In addition to this, making an 8-10 minute video consisting of hundreds of 5-10 second clips takes some time in the editing room.

Jon works with a number of video editors. All of which he has personally trained so they produce the videos exactly how he wants them.

He said 20% of his editors are based in the U.S. while the other 80% are based all over the world. This enables him to leverage some lower hourly rates when working with editors in countries like the Philippines, India, and so on.

When starting out, it’s possible to do everything yourself. That’s how Jon got started. But it’s time-consuming, so if you want to scale your output, you’ll need to put some processes in place and hire help.

Jon said once you’ve done your research and created your video, you’ll be familiar with the keywords and phrases coming from your video.

The three places where Jon uses these keywords to optimize his videos are:

When writing a description for a video Jon also adds three relevant YouTube links for related videos. These aren’t always his videos, if he knows of a relevant video on another channel, he’ll send people there.

Jon added that he can’t emphasize enough how important the thumbnails and titles are. He said from working with other people, he’s noticed this is the area most people are overlooking when optimizing their videos.

These are the two things that have the biggest impact on click-through rate. A good click-through rate for Jon is 10%, and he expects a 40% watch time. Typically, his videos that go viral always hit these metrics.

If your videos are not hitting these metrics, Jon recommends spending more time on your title and thumbnails. He doesn’t recommend going back and editing old videos. Instead, Jon likes to look at what’s been working best and doubling down on those areas.

Are You Doing Anything To Market Your Videos?

Something Jon has started doing in the last 4-5 months is leveraging community boards to market his videos.

Once a channel hits 1,000 subscribers, a tab called “community” is enabled on their page. This is essentially a kind of notice board or blog roll where the channel owner can post content for their subscribers.

Jon started reaching out to channels in horizontal niches – not direct competitors – and asking how much it would cost to post his videos to their community boards.

He generally has to pay anywhere between $20-$60 to be allowed to post on their community boards. But doing so puts his videos in front of that channel’s subscribers.

Jon said this is a lot more effective and less expensive than paying for YouTube ads. If a video gets at least 1,000 views and hits the metrics he mentioned earlier of a 10% click-through rate and 40% watch time, he’ll continue using that community board.

What Other Tools and Tech Are You Using?

Some of the other tools and tech that make all of this possible for Jon are:

Jon’s #1 Tip for Side Hustle Nation

“All it takes is one video. Keep posting quality content.” 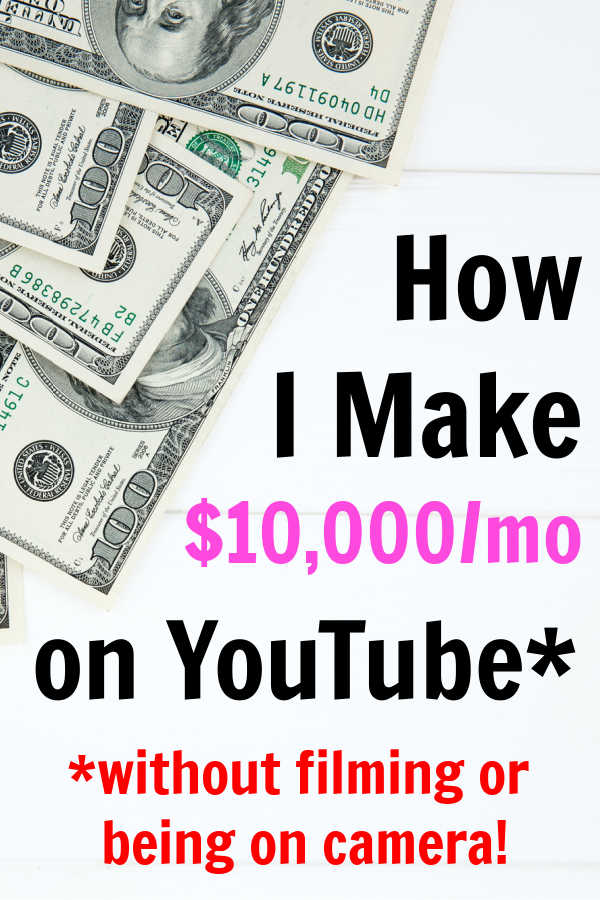