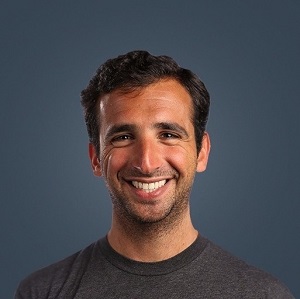 What if you could make your rent or mortgage payment go away?

Or, what if instead of paying that expense every month, your living situation actually paid you?

It’s not as far-fetched as it may sound.

In fact, that’s exactly what today’s guest, Craig Curelop, has done by intentionally “house hacking” over the past few years.

He’s even written a book on the topic, and it’s one I wish I’d had when I was 18 or 19! I would have definitely done some things differently.

The basic idea is to use other people’s rents to offset, or even profit from your own housing costs. On top of that, you’ll begin building wealth through real estate and earn tax benefits as well.

If you have a spare room or two in your home, or you’re interested in house hacking, this episode is going to get the gears turning for you.

Tune in as Craig runs through some examples of how you can do this. Whether you’re a young professional, or you have a family of your own, you can offset some or all of your mortgage payments.

But keep in mind, this isn’t a common path — this is living for a period of time like others won’t — as you’ll hear from Craig’s story.

“Typically you’re going to sacrifice comfortability with profitability,” Craig explained to me. But living for a few years like others won’t has given Craig the financial independence to potentially live decades like others can’t.

Getting Started with “House Hacking”: The Live-In Duplex

In April 2017, Craig moved to Denver. Two months later he closed on a duplex.

This is a super common house hacking strategy. Buy a multi-family property, live in one unit, and rent out the rest.

This wasn’t quite covering his mortgage though. So Craig decided to rent out his bedroom on Airbnb and made a quasi bedroom out of his living room. (Which, as Craig explained, was a futon behind a room divider and a curtain.)

“I slept behind that for a year and had a revolving door of Airbnb guests coming in and out of my house every few days for a whole year,” Craig told me.

This extra income more than covered his mortgage, allowing Craig to live there mortgage-free.

Plus, Craig said he got to meet travelers from all over the world, some of which he’s still friends with today. So it was a win-win for him.

Any Difficulties with This Kind of Living Arrangement?

This living arrangement isn’t going to appeal to everyone, even if your goal is to live rent or mortgage-free. Craig said he really enjoyed it, and after the first week or two, it became a norm for him.

His room was filled almost every day with Airbnb customers, so no problems getting paying roommates. If this is something you want to do, Craig said it’s important to make sure you are advertising the room correctly. As long as no one is surprised by the living arrangement, it’ll be fine.

He said a lot of people staying at his place even liked having someone to talk to. All while he was netting an average of $1,100 per month, with rent going as high as $1,500 in the summer months.

There were one or two roommates that started to grate on Craig.

He said, generally speaking, the longer someone stays the more chance there is they’ll become comfortable (and possibly annoying). But it was really few and far between.

What Was Your Goal for This Property?

“I wanted to completely eliminate my living expense,” Craig told me.

This makes his mortgage around $2,000 a month. His combined income from renting out the top floor of his duplex and his bedroom was around $2,800 per month.

The math is simple but very attractive:

He put aside $250 into reserves for any maintenance costs, repairs, and so on. So his cashflow when he was living in the property was $550 per month.

Craig has since moved out of the property. He now rents out both units full-time and is bringing around $3,000 in rental income. That’s still $1,000 profit each month, with a cash flow of $750 (subtracting his maintenance reserves).

After a year in the duplex, Craig bought a single-family home a few miles north of Denver with 5 bedrooms and 2 bathrooms.

With this property, Craig was living in his own room, which is an upgrade over his last living arrangement.

He rented out the other 4 rooms individually to bring in 4 rent checks a month.

With two properties bringing in around $1,300 in cash flow, Craig closed on a third property just last month (at the time of recording) for $280,000 and moved out of property #2.

He rented out his room in property #2 and gave one of his tenants a $100 per month discount to be an in-house manager. They are now taking care of maintaining the property and making sure things are running smoothly.

Craig is already renting out the rooms on the top floor and living in one himself, and plans to lease the ground floor out as an Airbnb apartment. It’s in need of some renovations first, so that’s what Craig is working on right now.

There are some obvious risks with living with strangers, but Craig said he’s had very few problems because he screens everyone before letting someone move in. He starts by sending out applications asking for background and credit checks, then does in-person open house showings.

He takes his time to find people that he thinks will make good housemates. Craig said that when he’s renting just a room the price is lower than a house share, so he gets more applications which give him more people to choose from.

Most of his housemates are young professionals. Craig said this demographic tends to spend most of their time in their rooms. When he sees them in the main living areas they are always polite and social too.

Craig likes to get people to commit to at least an 8-month lease. But the important thing is that leases end between April 1st and August 31st as this is the easiest time to find new housemates.

What Are the Loan Options When Buying for House Hacking?

There are first-time homebuyer programs where you can get a low down payment, like as low as 1%-3%. The conventional down payment amount is 5%, and you can do this over and over, just as Craig has.

The only catch to the low down payment rates is that has to be on a single-family residence. Craig said the only way to get a low down payment on a duplex, triplex, or quad, is to use an FHA loan. But you can only have one FHA loan out at a time.

Craig said if you want a duplex/triplex, the best way to approach this is to find a property that you can fix up. Then you put down your 3.5% for example, and after you fix it up you can have 25% due to forced appreciation. You can refinance out that 25% with a loan, then use another FHA loan for another property.

This involves approaching a landlord with a property for rent, and offering to lease the property — but making it clear you’ll be subletting it out via Airbnb.

This is something Craig did with a friend’s property. His friend couldn’t find someone to rent his 2-bedroom, 2-bathroom condo, so Craig rented it and sublet it on Airbnb.

He made $10-15k over the course of a year and paid down his student loans.

If you don’t have a down payment for a property right now, Craig said this type of rental arbitrage is a lot easier to get into and you don’t need much capital upfront.

The only issue is that “You’re not building wealth, you’re creating a job for yourself,” Craig said.

It’s certainly a side hustle you can make some cash with though. If you want to get started, Craig said to look for vacation-type properties or places with easy access to the downtown area, and start making calls to landlords.

A few tips Craig shared for managing an Airbnb subletting side hustle:

Related: Airbnb is one of our top money making apps. Check out the full list for more.

If you’ve got a couple of kids, the house hacking dynamic is much different. You probably don’t want to be cramming behind a curtain segmenting part of your house to rent it out to Airbnb guests.

You can still get into house hacking though, and it depends on what type of property you have.

Craig said there is something he calls the “luxurious house hack.” This is when a family lives in the main house and rents out an additional unit on their property.

Or, you can go down the duplex/triplex route like he did and rent out one floor. This way you have your own living space and privacy.

Craig had an interesting way of summing up how house hacking affects lifestyle:

What if You Don’t Want to Deal With Tenants At All?

The Neighbor self-storage platform connects people with storage needs with those who have extra space. If you’ve got some excess storage capacity in your garage or elsewhere, list your space here to fill it and get paid.

According to the site, hosts are earning up to $15,000 a year running their own mini self-storage operations.

If you have a little cash to invest — as little as $500 — you can begin to add more passive real estate investments to your portfolio.

These won’t generate the eye-popping returns Craig has seen by “sacrificing comfort”, but won’t have you living behind a curtain either.

Check out our full Neighbor review to learn more.

When I asked Craig what was next for him, if he was going to continue to build his real estate empire of house hacking properties, he was philosophical in his answer.

“My goal here is to be as flexible as possible, so when life throws me something I can hit it out of the park,” Craig told me.

He’s planning on at least one more house hack in the near future. Then he’s going to travel for a bit, which is something his financial independence allows. When he’s back, he’s going to buy more properties and take it from there.

He ended by saying, “When the time comes I’d like to sell all my real estate, put it in index funds, and kick back and relax for a while.”

Craig’s #1 tip for Side Hustle Nation

“Don’t be afraid to get started. If it doesn’t work, stop, you can always adjust.” 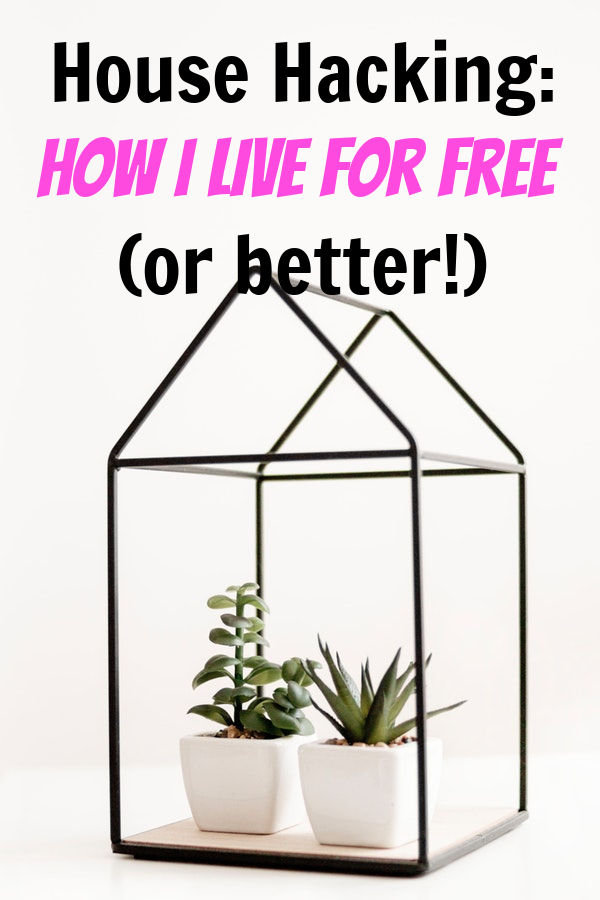 3 thoughts on “358: House Hacking 101: Live Free and Turn Your Biggest Expense into a Profit Center”