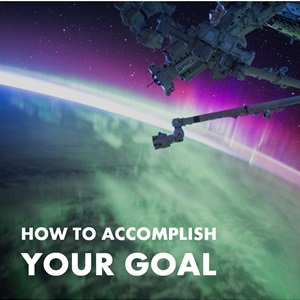 With our little hustler due any minute, a number of friends have reached out to contribute content to make sure SHN stays alive and rocking while I’m at the hospital or changing diapers.

Next up in this series is John Lee Dumas, host and founder of EOFire, a daily entrepreneurship interview podcast that’s nearly 1200 episodes deep.

If you’re not familiar with John’s story, he shared how he got started plus his tips for monetizing a podcast as a side hustle way back in episode 15 of The Side Hustle Show.

We all have goals in life that we want to accomplish: getting that promotion, living in another country for a year, starting our own business, learning how to speak another language, or getting fit.

What’s not so easy is actually accomplishing them.

In June 2012 I set a goal for myself: I wanted to launch the first interview-based podcast that shared the journey of today’s most successful and inspiring entrepreneurs daily.

Was it a big goal?

Did it seem like a HUGE leap to go from having zero followers on social media, plus not knowing how to podcast, to starting a daily podcast where I would be speaking with some of the most successful people in the world?

Did I feel fear?

Had I made the decision to focus on any of these questions — or better yet, the answers to each of them — then I would still be spending hours in the car, driving to appointments that I didn’t want to go to, and living a life void of passion.

Had I made the decision to focus on any of these questions, I would still be simply wishing I were living a life of freedom, doing the things I love most, surrounded by the people I love most.

Have you ever set a goal that you thought was BIG?

Have you ever set a goal that seemed like a HUGE leap?

Have you ever set a goal, and then felt fear around whether or not you could accomplish it?

I set a goal that was SMART (Specific, Measurable, Attainable, Relevant, and Time-bound), and therefore, one that I could actually create a plan around to execute.

Then, I FOCUSED for 100 days straight, until I accomplished that goal.

Three years later, and after producing 1200 interviews with successful entrepreneurs, I’ve learned a lot of lessons. One of the most recent: every one of the successful individuals I’ve chatted with knows how to SET and ACCOMPLISH goals.

So in 2015, I set out to create a step-by-step guide that would help others do the same. It’s called, The Freedom Journal, and it’s all about setting and accomplishing your #1 goal in 100 days.

Here are the 5 steps you can take today to start setting and accomplishing YOUR #1 goal in the next 100 days.

Sit down and spend 15 minutes on a goal you’ve set for yourself, and test it against each of the SMART criteria until you’ve made your goal SMART.

Once you’ve done that, it’s time to break your SMART goal down into smaller pieces. You might think of these pieces as your micro-goals.

Nick’s Notes: John’s goal may have seemed outrageous or crazy, but it was SMART. Unlike many New Year’s Resolutions with vague end-points like “lose weight” or “eat healthier,” John had a specific target to hit and it would be obvious whether or not he accomplished it.

You’ll also note that money appears nowhere in his goal. That all came later.

Instead of focusing on how far away the actual accomplishment of your goal is, focus on a single step — every single day — that will help you get one step closer to your overall goal.

You can start by listing out the steps it’s going to take in order for you to accomplish your bigger goal, and then write them down in a logical order. 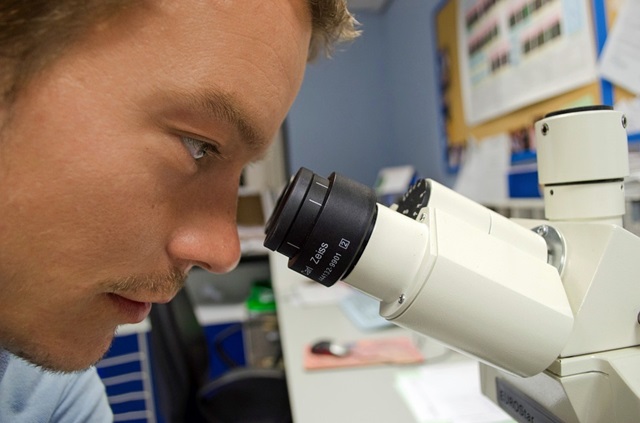 I set each of these tasks up as micro-goals, and every 10 days I would strive to achieve one of them so I could move to the next, knowing that after my 100 days was up, I would have a podcast that was ready to be launched.

Nick’s Notes: It took me a while to realize that micro-goals are WAY more productive. I used to put things down on my to-do list like “write book,” which was so overwhelming I would procrastinate on it for weeks or months. Instead, now I put down things like “outline chapter 1.”

In order to ensure you’re consistently making progress towards your bigger goal, you should also have set review periods.

If you’re following the 100 day timeframe, then these review periods should be set up for each quarter (every 25 days) in order to help you reflect on the actions you’ve been taking.

Based on your answers, double down on what’s working, and tweak what isn’t in order to get better results.

Nick’s Notes: This is an area of weakness for me, as I don’t tend to look back on what’s working well very often, and definitely not every 25 days.

So we start by setting a SMART goal; then breaking that SMART goal down into smaller steps for our micro-goals; then adding in review periods where we can reflect on what’s working and what’s not; and now, it’s time to make sure we’re being held accountable.

After doing a lot of this on my own, I realized it would be a lot easier if I had someone I was checking in with — someone who could help keep me on pace and in check.

Nick’s Notes: Accountability is especially important for solopreneurs. No matter how self-motivated you are, having an “accountabilibuddy,” as Chandler Bolt recommends, or a mastermind group, as Alex Barker recommends, can make a huge impact in the results you achieve.

After 100 days of focused, hard work, on September 22, 2012 I launched the first interview-based podcast that shared the journeys of today’s most successful and inspiring entrepreneurs daily.

I called it EOFire (EntrepreneurOnFire).

Today, EOFire is downloaded over 1.2 million times every single month in over 145 countries.

As a business, we net over $200k every single month.

As an individual, I’m living for the first time in my life a life of freedom.

Always remember, you get to decide.

What’s your #1 goal you want to accomplish this year? Leave a comment below and Side Hustle Nation will help you on the accountability part!

2 thoughts on “5 Steps to Accomplish Your #1 Goal”