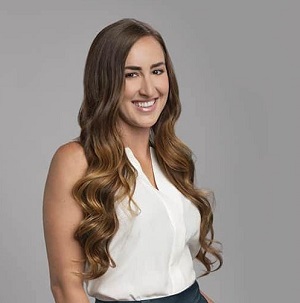 That’s exactly what Codie Sanchez did with Contrarian Thinking, her newsletter about investing and entrepreneurship.

I’ve thought about content businesses mostly in the context of blogging, podcasting, or video — but what if email is your content channel?

After all, the challenge that many other content channels face is “how to get people to join your list.”

Codie’s model, in a true “contrarian” way, cuts out that middleman.

This episode is sure to have you thinking a little differently about how you approach building an audience and building an online business.

Table of Contents show
Why Should People Start a Newsletter?
Free vs. Paid Newsletters
What Inspired You To Start Your Newsletter?
How Should People Get Started?
How Can Someone Find Traction Starting a New Newsletter?
Invite Your Email Contacts
Target “Centers of Influence”
How Much Does Substack Cost?
Can People Find You Through the Substack Platform?
What’s Your Content Production/Strategy?
What Other Marketing Tactics Have Worked for You?
Finding Your Tone of Voice/Avatar
Viral Loops
How Is Contrarian Thinking Making Money?
What’s Going To Be in the Premium Newsletter?
What’s Next for You?
Codie’s #1 Tip for Side Hustle Nation
Links and Resources from this Episode
Sponsor
Want More Side Hustle Show?

Why Should People Start a Newsletter?

Codie said people used to create newsletters through platforms like Mailchimp and Medium. The problem with these tools, however, is that they don’t have the backend to support monetization, growth, or engagement with communities.

We now have tools like SendFox and Substack, these tools offer a lot more support and features. Codie said, by using these tools “even newbies like me” can create a newsletter that scales quickly and you can charge for.

So, it’s never been easier than right now if you like the idea of starting a newsletter.

At the time of our call, Codie’s newsletter was free. She was already monetizing by selling things to her audience and was about to add a premium paid version.

Codie said it’s easy to launch a premium newsletter using either SendFox or Substack when you’re ready. These platforms handle the payments, and SendFox even has a built-in subscriber referral program.

What Inspired You To Start Your Newsletter?

“Well, I have a few businesses… and I didn’t have a way to bring them all together and talk to all of the audiences that I have,” Codie explained.

Codie wanted to create a “marketing flywheel.” Essentially, a way to use all the different avenues and audiences she has to create an ecosystem and sell to everyone at the same time.

How Should People Get Started?

Codie said she asks people to answer four questions when deciding how and why they should start a newsletter:

When you answer these four questions, you should have a shortlist of topics you can create a newsletter or a product business around.

How Can Someone Find Traction Starting a New Newsletter?

The most important thing is to share your newsletter within your own circles when you get started. (Here’s Codie’s full post on growth hacking her way to her first 10,000 subscribers.)

Codie said she’s aware that most people find this idea scary. Most people would rather post out onto social media as it’s not so personal. But she recommends contacting everyone you know first, and that’s what she did.

Codie did a mail merge and emailed everyone she’d communicated with in the past. In this email, Codie said she pitched the idea that her pain point is that nobody teaches us how to make money the right away.

So, she’s starting this newsletter to find people who will share this information, and she’s going to share it in her newsletter. Codie said she had maybe 30-40% of the people she mailed opt-in.

In addition to this, Codie said we all probably know some people that have their own small followings. She went through all the people she knew on LinkedIn looking for people with a few thousand followers. She pinged 20 or so a direct message, and at least 6 people shared it with their audience.

Codie was a little more direct with her language to the influencers. She complimented them, then pointed out reasons why the information in her newsletter was going to be of value to their audience.

She asked if they would share her newsletter with their followers. In return, she offered to share something of theirs with her audience.

These were the two things that led to her first 200-1,000 subscribers. As her newsletter grew in numbers, she started reaching out to her connections with larger followings.

How Much Does Substack Cost?

Substack is completely free to sign up for and start using. You only start to pay when you start charging your subscribers.

They take a 10% cut off the top and add the 3% Stripe fees for payment processing too.

You can use Substack’s fee calculator here to work out how much you’ll pay in fees.

Sendfox runs a different model, they charge a one-off lifetime fee upfront and an additional monthly amount when you reach a certain number of subscribers.

Can People Find You Through the Substack Platform?

Another small advantage of using Substack is that it’s a searchable platform. Codie said around 3-5% of her new subscribers find her through Substack.

She said you can’t rely on the platform to grow your newsletter. But it’s another avenue in which you might get some subscribers and an advantage over trying to self-host your subscribers.

Codie sends out an email every Wednesday morning and her content consists mostly of detailed how-to guides. She believes in giving detailed, actionable steps for her topics that include the theory, idea, and how it worked out for her.

Codie said she finds it effective to set aside one hour for research, and two hours to write her content. As a former journalist, she’s no stranger to writing content and meeting deadlines.

What Other Marketing Tactics Have Worked for You?

Outside of emailing your contacts and reaching out to influencers as covered earlier, Codie shared the following tips that helped grow her newsletter:

Finding Your Tone of Voice/Avatar

When writing newsletters, Codie said it’s important to find your own tone of voice that’s unique to you. She even recommends creating an avatar that’ll appeal to your audience.

Codie is well aware that finance isn’t always the most exciting topic. So, she came up with an avatar for her newsletter that would make her content more interesting and engaging.

She said she put herself in the shoes of 25 to 40-year-olds who read The Hustle, Trends, or Morning Brew that would be reading her content. In her mind, she created an avatar she described as:

A loud-mouthed 30-year old who knows a thing or two about finance. But has this dirty mouth, pounds too much coffee, and is ranting and raving on all these different ideas.

If you can get this right, people will relate to what you’re writing about and you’ll establish yourself as a brand Codie told me.

Viral-Loops is a referral-based marketing system. It’s a way to give gifts and other benefits to people who share your newsletter; and a powerful form of marketing.

Codie said she gives away stickers, cups, and hats to people who refer new subscribers. She’ll even fly someone out to one of the businesses she runs and consult with them if they send thousands of new subscribers to her list.

You get a short free trial with this software, but it’s not cheap if you have a large list. Codie mentioned her cost is around $1,500 a year.

How Is Contrarian Thinking Making Money?

The newsletter has made about $50,000 for Codie since she first monetized it in August. The bulk of this income has come from an online course she sold about how to buy a small business. (Affiliate link; use code sidehustle20 for 20% off.)

Codie started with a price point of $500 for the course, and $2,000 for the mastermind. She decided to create and sell this course because she had written about buying businesses before, and it generated a lot of questions.

She sold the course before creating it too. Codie told herself, if she could break $25k in advance orders, she would make the course. To create and sell the course she used a platform called Thinkific.

Codie also has a couple of ebooks for sale that she’s hosting on Gumroad. These are based on two of the questions she’s most commonly asked:

These ebooks are Word documents turned into PDFs, so they didn’t take much time or cost to produce. Codie sells these at $19 each and makes between $500-$1,400 a month from them.

What’s Going To Be in the Premium Newsletter?

“What I didn’t want to do is write five newsletters a week, which is what a lot of people do,” Codie told me.

Codie realized that people have a lot of questions about some of the things she does in her businesses. So, she thought about ways she could best answer those questions for those people.

She decided to experiment with a webinar. She held a webinar about; how to buy land near national parks, in order to turn them into campsites. Codie enlisted the help of two women who had successfully bought land and turned it into campsites to answer questions live.

She actually had between 300-500 people sign up for the webinar, but could only get 100 on the call live due to tech issues. Further tech issues meant that the recording didn’t work, too. But it served as a great trial run and helped Codie realize that this is a model that is going to work.

The pricing model Codie was considering at the time of our call was $99/mo, and people have to sign up for 3-6 months minimum. Each month she will put on a webinar about a very specific topic and bring experts on to the call.

“I want to grow this, and my goal is to make 100,000 small business owners of small profitable businesses,” Codie told me when I asked what’s exciting her.

Besides that, she’s planning on creating more small entry level products to sell in her ecosystem.

Codie’s #1 Tip for Side Hustle Nation

“The $1 challenge: Earn your first $1 on the Internet. Create something once you can sell over and over again.”

4 thoughts on “How to Grow and Monetize an Email Newsletter: Zero to $50k and 55k Subscribers”