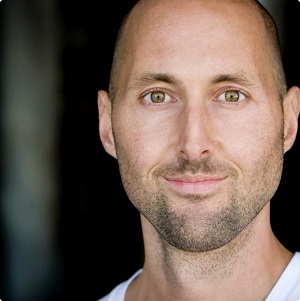 What do you want your life to look like in 3-5 years?

Once you know — and commit — to that future, you can start working toward it now.

To help us build more of those masterpiece days and work toward being the best versions of ourselves in our life and work starting today is Brian Johnson.

Brian is a serial entrepreneur who combines ancient wisdom with modern science to help people live their best lives.

You’ll find him at optimize.me, the app version of which has lived on the homescreen of my phone for the past few years, ever since my brother introduced me to his work.

This is an episode about taking a break from chopping down trees to sharpen the saw. This is about the seemingly small actions you can take on a daily basis to get from where you are to where you want to be.

Where Can Someone Get Started on Their Own Masterpiece Day?

“I think we all need to say, ‘what do I really want in my life? What’s really important to me? What’s my wildly important target?’” Brian told me.

Brian leans a lot on ancient wisdom in combination with modern science to find these answers.

He said this tells us we’re teleological, goal-driven beings. To have clarity on what we need to do on a day-to-day basis, we need to have a clear picture in our minds of what we’re going after in our lives.

Brian said if you have a deep “yes” to a really important goal, it becomes a lot easier to say no to a lot of the distractions that can get in the way.

What Framework or Exercise Can You Use to Get That Clear Picture?

Brian explained that making time for your side hustle starts by slowing down and asking yourself what you really want.

If you could wave a wand (within the constraints of your reality) and make something happen – what would that be?

Brian said that most of us lead busy lives and we rarely, if ever, take the time to ask ourselves this question.

If you do slow down and ask yourself this question, “interesting things will arise” Brian told me.

Not only is this exercise important, but it’s also backed by science. Brian said there is a scientific practice called a ‘best selves diary’, where people look forward 3-5 years and ask themselves what their life would look like.

Doing this cultivates your ‘hope’ muscles. You can then back up to today, and ask yourself what it is you need to do to achieve that goal you see in 3-5 years.

What if You Don’t Know How to Reach Your Goals?

It’s one thing being able to see where you want to be in 3-5 years, it’s another to have a clear understanding of how you’re going to get there.

But science is unequivocal. Good luck with feeling good about setting and achieving those goals.

The real question, Brian said, is “what is the point of life?”

Aristotle tells us that the purpose of life is to live with what he calls ‘eudaimonia’. This literally means ‘good soul’.

Simply put, this means being the best version of yourself, not setting material goals.

If you can more consistently do that, you’re going to feel great and science shows you’re also more likely to achieve the actual goals you want to set for yourself.

The English translation of eudaimonia is ‘flourish’, which is the name of Martin Seligman’s book. Brian said that in Martin’s book, he says if you want to flourish, you have to put your virtues in action, life with wisdom, self-mastery, courage, hope, and gratitude.

When Brian helps people create a masterpiece day, this is where he starts. With ancient virtues, and modern science.

Which Virtues Do You See Making the Biggest Impact for Your Students?

Brian said there are three virtues that science has shown are most highly correlated related with wellbeing or flourishing.

These are the three virtues Brian focuses on and helps people operationalize into their day-to-day lives.

How Can Someone Architect Their Day Around Achieving Their Goals?

Brian goes to bed at 7 pm and wakes up at 4 am so he can do 3 hours of work before anyone else in his house is even awake.

Going to bed that early may not work for you. But when Brian is teaching people how to architect their ideal day, he always tells them that their day started the night before.

If you’re not getting a good night’s sleep, you’re not going to have that energy Brian spoke about to have your best day.

Brain said it’s vitally important that you have a “ramp down period” when your working day is done. You need to get away from your laptop or PC screen and give your mind and body time to unwind.

This is what Brian calls transitioning from work to love. Essentially, putting work behind him for the day, and focusing on family time.

He then gets 9 hours sleep overnight and is ready to start his day energized and before anyone else is up.

He also said it’s important not to waste your early morning energy. Don’t check the news, look at your phone, or get caught up with other distractions. Get right to work and focus on your goals.

Brian calls this “deep work”. People who partake in deep work are worth a lot more and get a lot more done.

“If you’re serious about wanting that thing, then every single moment in your life should be directed to that,” Brian told me.

That sounds intense, and it is!

Intensity and urgency is a big theme in a Masterpiece Day. Brian stresses that today is the day you have to start making changes, and you need to show up every day with your best self.

Brian explained that for some people, the fastest way to have a positive impact on their life isn’t to start something new. It’s to stop doing a ‘thing’ that’s throwing you off your plan.

He calls this a person’s ‘kryptonite’, in reference to the mineral that sapped Superman of his powers.

For Brian, it was “blowing himself up” at night with digital stimulation (Netflix anyone?). He found he was doing this on the days he was most stressed, which meant he was watching TV when he really had more important things to do.

This would then lead to a poor night’s sleep, he’d be lacking energy in the morning, and it was a vicious circle.

When he stopped staying up late watching shows, he turned a vicious cycle into a virtuous cycle. Suddenly Brian was getting a good night’s sleep, he had more energy, and was able to build on more positive habits.

What Was the Most Important Positive Habit That You Flipped?

The number one thing Brian said he’s done to improve on a habit was doubling his meditation.

He’s meditated every day for around 14 years (missing just one day) and attributes this to his strong mindset. Brian knew this was working for him, so he doubled his daily meditation time from 25-20 minutes a day to 50-60 minutes.

What Do Those 3 Hours Before the Rest of the World Is Awake Look Like for You?

As mentioned earlier, Brian’s Masterpiece day starts the night before by getting a good night’s sleep so he can wake at 4 am.

Here’s how Brian uses those first 3 hours from 4-7 am before most of the world (and the rest of his household) is awake:

Effectively, these 3 hours are split between 1 hour of meditation and 2 hours of alternating between working and doing burpees to keep active.

When his family wakes, Brian checks in with them and swaps to family mode. Afterward, he works out, as it’s much more beneficial to workout earlier in the day.

He then does his day’s work but focuses more on proactive tasks rather than the ‘deep work’ he does first thing in the morning.

Brain said entering your inbox is going to be one of the main distractions. It’s best to avoid emails during deep work mode.

If you want to get a headstart on some important emails, he recommends writing them up in draft using Dropbox Paper. Brian also uses an app called Just Press Record to record voice notes for his team members when they come online.

The goal of using those first few hours of the day is to be “creative, not reactive”, Brian explained.

What Tech and Tools Do You Use in Your Business?

Brian runs an online business and uses tools where he needs to. But he likes to keep it simple and use pen and paper whenever he can.

He journals using pen and paper and sees this as a tool in his business. Brian starts every day off by writing the same things, he writes “all-in 101%” on a piece of paper. This is a habit he picked up from his coach Phil Stutz, author of The Tools.

Brain also has some fitness goals marked on a calendar on his wall. Every day, he does:

Every time he hits one of these goals, he crosses it off with an ‘X’ and says “that’s like me.” This is a way of getting a dopamine hit and giving himself a boost — by doing the things he sets out to do each day.

Download my free habit tracker inspired by this episode.

Optimize.me has been where Brian has spent most of his time over the last 5 years. This is where Brian developed a mastery series and has helped more than 3,000 people become better coaches.

Recently, Brian created a new company called Heroic public benefit corporation. This is going to be a social platform bringing together everything he’s done to date.

At the time of recording, Brian said he was still months away from launching his private beta. He’s currently in the fundraising phase and is raising $11,000,000 exclusively from his community.

Brian’s #1 Tip for Side Hustle Nation

“What do you KNOW you need to do?”

5 thoughts on “Masterpiece Days: Laying the Groundwork for a Flourishing Life”