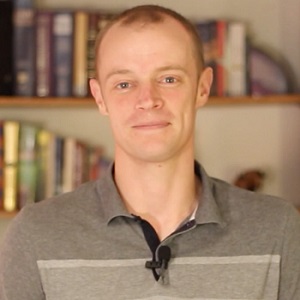 Looking for a part-time side hustle where you get can your inventory for free and there are almost no startup costs?

This week, I’m excited to introduce the side hustle of public domain publishing.

This is the art and science of republishing classic literature – where the copyrights have expired – and earning passive royalties when your version sells.

Because these works are so old, they’re available online for free – but many Amazon shoppers and Kindle owners will pay to have them delivered straight to their device.

I think any business where you can get your inventory for free is pretty compelling!

Since 2013, Aaron Kerr has pocketed over $110k in royalties through this very part-time side hustle. You can see all his public domain projects over at TimelessReads.com.

Tune in to hear how this business model works, Aaron’s advice on what to publish and how to get past Amazon’s gatekeepers, and how to differentiate your public domain books from everything else out there.

What Is the Public Domain Publishing Business Model?

“It’s essentially finding a way to bring that content into new mediums. Things like Kindle, or Apple Books Store, and there’s just a lot of demand for those works, there’s a lot of interest in these older classic works,” Aaron told me.

Aaron takes advantage of the existing demand for these classic works. His electronic versions give the buyer a convenient and easy way to read them, while offering them at a low cost.

Most of his revenue comes from Kindle sales, which is no surprise as Amazon has the largest platform for downloadable books.

He also sells some titles on other online bookstores and has made additional sales that way.

Can Anybody Do This?

Arron said it’s just a matter of finding a digital copy, of which there are numerous sites where you can download loads of titles.

Aaron’s first collection was the Anne of Green Gables series, which is a children’s classic originally published in 1908. To find this work, Aaron told me that all he had to do was go to a couple of different websites, download the copy, then format it for Kindle publishing.

(This could be an interesting business idea for kids if they’re into classics and somewhat tech-savvy — or you could help them out with the tech stuff.)

How to Differentiate Your Public Domain Titles from Everyone Else’s

The story behind why Aaron published his first series is an interesting one. He had some experience formatting old works for other people back in 2009-2010. But when he looked at the Kindle store back then, he figured it was too competitive already.

A few years later, his wife was downloading the Anne of Green Gables series of books and reading them to their daughters. Aaron took a look at the books, which were selling for $1.99, and saw some areas he knew he could improve on – such as formatting and things like that.

He figured, why not publish his own series of the Anne of Green Gables series in a tidier and easier to read format and undercut his competition by selling them cheaper at $0.99.

“My goal is — here’s something that’s selling — I’m going to try and take a few different ways to improve on it, then release it,” Aaron surmised for me.

He hit on something because this is the collection that ended up becoming the #1 best seller on the whole of Amazon!

Something else Aaron did was advertise that he was including links so people could download an audio version for free too. Aaron said that not many people know this, but there is a site called LibriVox where you can download audio versions of public domain books for free.

“It was a small thing, but it’s something that adds a little value and catches people’s eyes,” he told me.

When he put up his listing on the Kindle store, sales took off quickly. Aaron told me he started selling 20 copies a day, then 25 a day, then he went from 30 sales on a Friday to 2,100 on Saturday, then ended up selling over 6,000 in a day later that week when it hit the #1 best-seller spot.

After Amazon takes their cut on the $0.99 sale price, Aaron was making $0.35 per sale. He admitted that’s not a huge amount per sale, but he more than made up for it with the volume he sold.

How to Promote Public Domain Titles on Amazon?

Aaron said he isn’t doing a lot to promote his titles once they’re up on Amazon, and said he doesn’t know why his first series took off so quickly.

He did share a couple of his thoughts, saying that he thinks Amazon gives preference to new releases and coming in at a lower price point helps.

He also makes sure to write some descriptive copy on his listing with all the relevant keywords included.

Does Amazon Have Any Restrictions on Public Domain Publishing?

Amazon does have some rules in place to stop their marketplace being flooded with identical works.

The three ways you can differentiate your version are:

Aaron said this is why he likes releasing collections. It allows him to build a bundle of products that includes some works that are not on the Kindle store yet.

He also makes some of his own illustrations or annotations to the work.

Aaron is selling a paperback version for some of his single books. The collections would be too many pages to print, so he doesn’t have those available in paperback.

The first public domain paperback he put together was a guide on how to draw adapted from an old drawing guide. This book has been bringing in $40-$50 per month consistently for years.

It’s a nice little passive income stream for something that Aaron said took him a few hours work.

Aaron knows there is a demand for public domain audiobooks, but it’s not something he’s considering doing.

He referenced Jim Weiss as a potential resource if you want to check out how he’s doing it.

Aaron mentioned he’s been reading poetry with his kids, and said he may record that in the future to give it a try–as it’s a lot shorter than a novel.

When Does an Author’s Work Enter the Public Domain?

The current copyright term in the US is 95 years from the date of publication. This means that any work 95 years or older enters the public domain at the beginning of the next year. It can then be used and redistributed without a copyright breach.

Every year, on January 1st, a new batch of content enters the public domain. This levels the playing field for everyone in the public domain publishing hustle, but Aaron said there is so much work available that it’s not too competitive.

For example, he was waiting on a particular Agatha Christie work to hit the public domain this year. He released it on the 1st of January, saw a little competition but it still sold well and was worth his time.

When you publish a public domain work on Amazon you can syndicate it to other stores around the world like Amazon.ca, Amazon.co.uk, and so on.

Other countries do have different copyright laws, however, so you need to be aware of what those are. It’s more common for copyrights to be calculated on the lifespan of the author in other countries. In the UK, for example, work enters the public domain 70 years after the author’s death. (I believe this was stated as 50 years in the audio recording.)

The good news is that Amazon will let you know which stores the work is eligible for when you input the author and other details. This is a safeguard so you don’t find yourself in a copyright infringement situation.

How to Choose a Public Domain Publishing Project

Aaron shared a few ways he researches which works he should release.

An example of gave was when the movie 12 Years a Slave was due for release back in 2014. Aaron looked on Amazon and saw there were no free versions of a Kindle book for this title.

So, he spent an hour downloading the work and designing a cover, then published it on Amazon and Apple Stores. After the film came out, he made sales to the tune of a few thousand dollars.

Most of Aaron’s time is spent on formatting his books. He said most of the raw files he’s working with are either .txt or in HTML, so there’s some formatting needed to get them Kindle ready.

He said there aren’t too many spelling errors picked up in the original scanning process, and they’re usually consistent when there are some. A “find + replace” search will sort out most of the errors, then a proofread will pick up any others.

The presentation and cover design are important as this is what people see when browsing the Kindle store. Aaron uses stock photography, free images, and illustrations, with his goal being to match aspects of the original works.

Amazon has a tool that you can either use online or download to your PC to check how your work is going to look across most devices. It’s worth using this to make sure there aren’t any strange bits of formatting in the finished piece before uploading it.

Where Else Can You Publish Public Domain Works?

Aaron has tried some other platforms, namely Barnes & Noble and Apple Books.

These platforms don’t drive as many sales as Amazon as they just don’t have the same size audience.

He also pointed out that Amazon doesn’t allow public domain works to be included in their KDP Select program if you were wondering about that.

Aaron does push for reviews after launching a book, since having no reviews might dissuade people from making a purchase.

He doesn’t think lots of reviews make a huge difference though. When his first collection hit the #1 bestseller spot, it only had 4 reviews.

“If there are a few reviews and something looks quality, then people will check it out,” Aaron said.

Aaron is working on two collections right now, as well as a poetry project. He’s also keeping an eye out for other ways he can use all forms of public domain content.

If you want to dive deeper into this business model Aaron has put together a course and some bonus material, which Side Hustle readers can find at TimelessReads.com/Hustle.

Aaron’s #1 tip for Side Hustle Nation

“Be willing and patient enough to find a side hustle that works for you.” 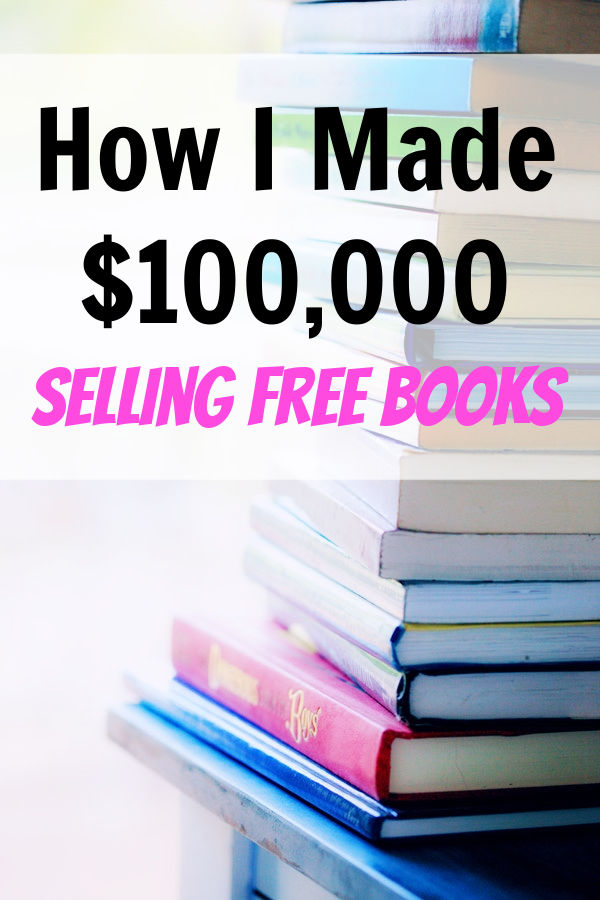