When it comes to self-publishing, Amazon’s Kindle platform is the juggernaut — and for good reason.

They command a massive 67% market share for ebooks, more than all competitors combined. (source)

But that doesn’t mean they’re the only game in town, and self-published authors would be missing out on potential readers and customers by focusing solely on Amazon.

1. A Paperback Version via CreateSpace

Perhaps the most striking opportunity is in creating physical copies of your book (or books). Even if you think the market for physical books — you know, the kind made out of trees — is dying a long overdue death, as much as 70% of the total books sold are still this “old-fashioned” kind.

The best resource I’ve found for creating paperback versions of your work is CreateSpace.com, which is actually a subsidiary of Amazon.

The cool thing about CreateSpace is it’s “print-on-demand,” meaning you don’t need to stock a box full of copies in your garage, and they handle every aspect of fulfillment, from order processing to printing to delivery. Plus, CreateSpace books are eligible for Amazon Prime.

I originally decided to test adding a paperback version for one of my titles and was surprised to find nearly a third of my overall sales were for the hard copy — even though it was more more than double the price of the ebook version!

My theory was a book that came in paperback as well as on Kindle would look more “official” — not just another self-published Amazon ebook. Whether or not that bit of psychology played a role, the paperback sales have been a nice boost of incremental income.

Another bonus: You can publish with CreateSpace and still be eligible for KDP Select and all the benefits that come with, including the free promo days, Kindle Countdown Deals, and eligibility to earn money from free borrows.

Barnes and Noble, with 11.8% ebook market share, is the next outlet I would consider. I found their NookPress publishing system to be less than user-friendly, and my books took a good amount of reformatting to look right on their Nook previewer software.

I’ve made a few sales already, and after the initial time investment, the rest should be incremental passive income.

Up next is Apple’s iBooks, with around 8.2% market share (although that figure may be outdated since they claim to be “the world’s second largest seller of ebooks”). Their publishing system is ridiculously difficult, but I found a good workaround (that actually will work for Barnes and Noble too).

The workaround is to submit your books to Smashwords, and leverage their distribution network — which includes Barnes and Noble, Apple, Kobo, and a bunch of other platforms I’d never even heard of.

(I also submitted my work to Kobo before discovering Smashwords.)

It took me some work to get the files into a format acceptable to Smashwords, but I at least found their support and recommendations easy enough to follow along with. Compared with the indecipherable “error report” Apple gave me, this was a big improvement.

Plus, to submit directly to iBooks you need a Mac so Windows users are out of luck unless they use a third-party service like Smashwords.

The downside of using a wider distribution service like this is you won’t be able to customize your book manuscript for each audience. For example, at the end of my Kindle version, I specifically ask the reader to leave a review on Amazon. That line wouldn’t make as much sense if they had bought it from iBooks!

I actually just received my first royalty payment from Smashwords. It wasn’t much, but if you’ve decided to get off KDP Select, you might as well distribute with them.

Now beyond these “Big 3” of Amazon, Barnes and Noble, and Apple, there are plenty of other distribution channels that could be effective for your book.

One that’s worked particularly well for me is Fiverr.

In fact, at one point I was selling more books on Fiverr than I was on Kindle!

The downside is that delivery is not automated; you have to log in and send the buyer the file. And you’re stuck with a $5 price point. But, in sharp contrast to the platforms above, you have the opportunity for relevant upsells or “gig extras.”

You also earn an 80% royalty and through Fiverr’s internal messaging system, have at least some means of communicating with your readers.

Another marketplace I’m testing for distribution is Etsy.

I thought everything on Etsy had to be hand-crafted and didn’t realize digital files were allowed until a friend politely informed me otherwise. You have a little more pricing freedom on Etsy and can create a whole personalized storefront for your work.

NoiseTrade is a platform where musical artists and authors can release their work for free. The advantage of doing this is twofold.

First, you’re able to capture email addresses of the customers who download your work — something Amazon notoriously never shares.

Second, you’re able to receive income in the form of “tips.” In one recent experiment, author Jim Kukral found that the 75% of his NoiseTrade customers contributed some amount above $0, and most contributed at his “suggested” level for the title of $2.99.

When I ran a paid promo with NoiseTrade, I ended up adding hundreds of new subscribers to my list in just a few days.

For even more pricing freedom and a chance to keep more of your revenue, you could sell the book directly on your own website. In fact, several authors have done just this to great success — and at price points far beyond the traditional $9.99 Kindle price ceiling.

One of the most prolific proponents of this brand of self-publishing is Nathan Barry, whose transparent recap posts share the results of this strategy in detail.

Popular payment processing and delivery systems include e-junkie and Gumroad. With Gumroad, you can even experiment with a pay-what-you-want pricing model, and let buyers decide how much your book is worth.

Similarly, other sites in your niche might be good avenues to sell your book as well, as long as it complements and doesn’t compete with their own offerings. You can set up some sort of revenue share or affiliate agreement with these distribution partners.

And finally, there is one old bastion of ebook marketing that is worth mentioning: Clickbank.

Clickbank is an affiliate network where you can post your book for sale and if it’s relevant to their audience, affiliates will promote it for you in exchange for a percentage of sales. Ebooks on Clickbank sometimes command higher prices, but your affiliate salesforce does not work for peanuts — you might pay a 50-70% commission for an affiliate to bring you a new buyer.

But assuming it’s a customer you wouldn’t have otherwise sold to, any extra income is welcome.

Could you record an audiobook version? With ACX.com, you can narrate your book (or hire a professional to do it) and sell it on Audible, Amazon, and iTunes.

As an added incentive, Audible will even pay you a $50 bounty if your audiobook is a new customer’s first download!

The main point I want to drive home in this article is that you’ve already done the heavy lifting — creating the book is the hardest part.

Now, you want to spread your work as far as you can. That’s why being an author is a great business; you can do the work once and get paid over and over again.

This is about setting up as many “buy buttons” online as you can.

Now, once you’ve expanded your distribution, it’s time to think about how else you can leverage the content in your book.

You’ve got some options to really turn one book into multiple streams of income. 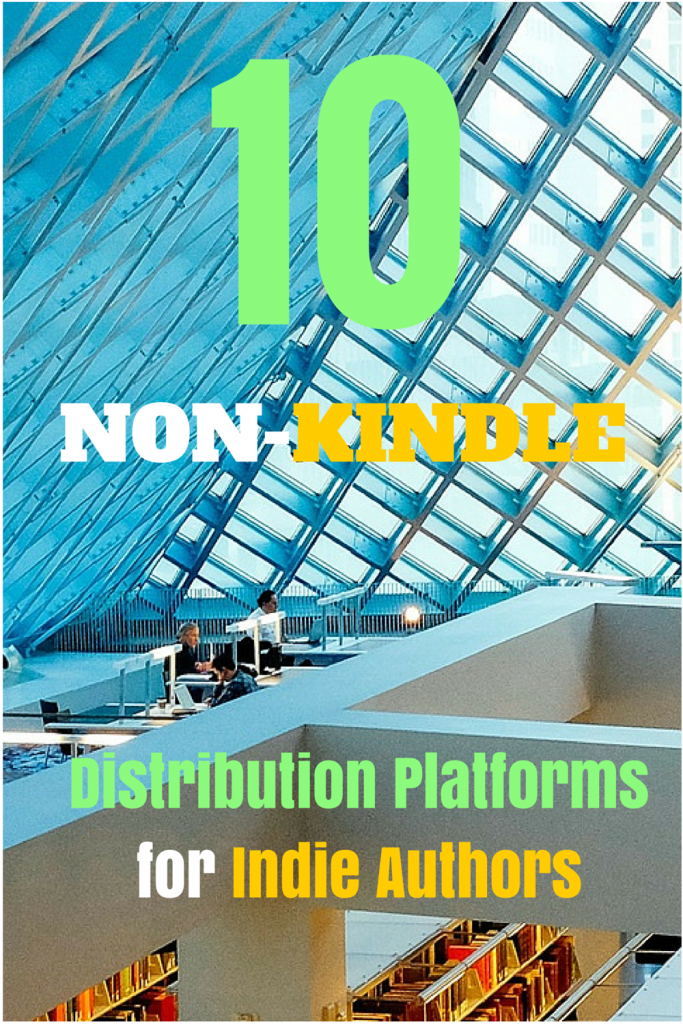