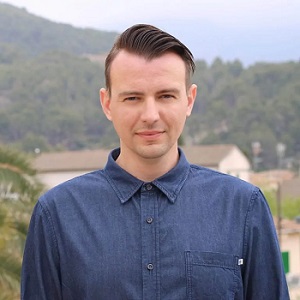 Can you build a new income stream on your lunch break?

This week’s guest says yes, and shares how.

In this episode, I’m joined by Mike Zima from ZimaMedia.com — a full-service digital marketing agency that got its start with a single $5 sale on Fiverr.

It’s been a while since we talked about Fiverr, but the way today’s guest has used the platform to start and grow his freelance business is an eye-opener.

But it all started with one $5 order.

Tune in to hear what’s working on Fiverr today, Mike’s “rapid gig prototyping” strategy to test out new offers, and how to wean your reliance off of Fiverr while building your agency.

What Inspired You to Get Started on Fiverr?

Mike remembers his first couple of gigs when he joined Fiverr back in 2014:

Then, he made a Google Analytics gig. Mike noticed there were no sellers in the analytics category, so he created a gig called “I will do an analytics audit for your website.”

“I was the first one to move in and capture all the business,” Mike told me.

He was performing site audits and generating — automatically for the most part — a 20-40 page report and selling it for $25-$100.

Mike said the report looked like it was worth $1-$2k, and this was when he started learning about how he could add value to his services without too much effort.

How Can I Set Up a Fiverr Gig Today and Get Noticed?

“The best way, I think, is to explore a passion,” Mike told me.

As he was gaining traction with those early gigs, Mike said he took a critical look at what was working and what he’s good at.

He decided to double down on digital marketing and SEO.

Mike said if you’re starting a gig today, ignore the competition and focus on what you’re doing. There will always be competitors that are already in your niche, so try to niche down a little more to stand out.

Fiverr is a platform of opportunity, “You have to find what you can capitalize on today,” he explained.

Setting up a Fiverr Gig for Success

Mike has developed a theory that he applies to almost all of his gigs, he calls it “Rapid Prototyping.”

What this means is, setting up and testing a gig inside of a lunch break — in just 1 hour.

Not getting hung up on analyzing and tweaking things. Mike said if you’re taking longer than an hour to set up a gig, you’re losing time. You can also go back later and refine your gig if it’s not working, and even optimize it further if it is working.

The important thing is to get your gig up and start testing it.

Is Fiverr Too Competitive?

Although, if you want to create logos and it’s something you’re passionate about, once you’ve established yourself as a brand you can add it service within your portfolio.

The Importance of Branding on Fiverr

Mike said personal branding is very important when using Fiverr. It’s something he personally looks for when buying gigs, and something he said is important to a lot of Fiverr customers.

“I like the human aspect of it, and that’s an element that as sellers we have to introduce that into the platform,” Mike told me.

Mike shared some tips that will help you create a brand and build trust with customers:

How Should I Price My Gigs?

Mike said he sees the pricing on Fiverr in two tiers:

If you work with their team long enough and achieve good sales volume in this range, Fiverr’s team will help you achieve Pro status.

Mike said you need to find your “Anchor Gig” first. This is the gig that you’re having the most success with. From this gig, you’ll better understand the extras your customers want.

You can start adding gig extras, and then turn them into separate gigs when they become popular enough.

For example, Mike was getting requests from his customers for a few extra hundred words to be added to blog posts he was creating. So, he made this a gig extra customers can now add on.

The nature of freelancing is that there is often a cycle of feast and famine, and Mike experiences this working on Fiverr.

Mike said he uses a technique called “time-blocking” to make the most use of the time he has. This means setting aside time for his current orders when he’s busy and setting blocks of time to market his services to find new customers.

Getting Customer Reviews on Fiverr

As with almost all freelance marketplaces, positive reviews help boost your SEO within Fiverr’s search algorithm.

You’re not allowed to explicitly ask for “5-star” reviews under Fiverr’s T&Cs, and Mike said he doesn’t push hard for them. He will mention leaving a review when he delivers an order. But said if you’re delivering quality work the reviews will come naturally in time anyway.

How Did You Become Part of Fiverr’s Pro Program?

Back in 2017, Mike relocated to Europe for a job he had at the time, he ended up losing that job and started to focus more on Fiverr to increase his income and portfolio of clients.

It was around that time Mike’s Community Success Manager invited him to join Fiverr Pro. All he had to do was relaunch his gigs, and he went full-time as a Fiverr seller at that point.

Being part of Fiverr’s Pro program means their customer team actively works with you to maximize your exposure on the platform. You also get additional support to resolve queries and some other perks.

At this time, Fiverr does not support subscriptions or recurring billing for clients.

“There may be something in the pipe,” Mike said. “I’ve heard about the subscription model coming.”

Mike sends out monthly reminders to customers that bought services he thinks will continue to bring them success month after month. He admits it’s not easy, however, and Fiverr is predominantly a platform for customers looking for a one-off solution to a problem.

Mentorship and creating content to help businesses across the globe get started freelancing and building their presence in their markets is something Mike is going to focus on in the future.

He’s also producing content for his site, and he’s working with Fiverr to become part of the Fiverr Learn program which is their curated online course platform.

“I want to have people in every single continent consuming my content and becoming a practitioner at their own business,” Mike told me.

Mike’s #1 tip for Side Hustle Nation

4 thoughts on “Rapid Side Hustle Prototyping: A New Income Stream on Your Lunch Break?”