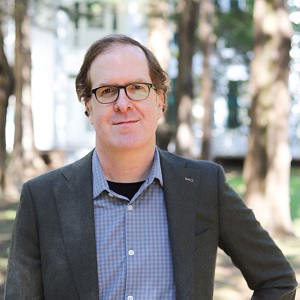 What comes first, the domain name or the business idea?

For Peter Askew, the author of a viral blog post called “I Sell Onions on the Internet,” the answer is always the domain name.

Peter is fascinated by expiring domain names and how they’re treated like physical assets.

This is how he ended up with VidaliaOnions.com long before he had any plans on starting an e-commerce site shipping onions.

Peter took that domain name, partnered with an award-winning onion farmer, and last season shipped more than 64,000 pounds of onions!

(Prices range from $2.50-$7 per pound so you can estimate the site doing multiple 6-figures in revenue.)

Like the product itself, this is a business with layers worth exploring. From the domain name to the farmer/supplier relationship, to the marketing efforts, and to the logistics and customer support that make it all work.

How’d You Get Into Buying Expired Domains?

“I became fascinated with this deep rabbit hole of domain names, and how people treat domain names as physical assets,” Peter told me.

Anyone can pick up any of those expired domain names — for the right price — and there’s a number of reasons why people do:

Where To Find Expired Domains?

The sites he uses to find domains are:

Peter said you can sort through domains by traffic, existing bids, or any number of other metrics. He said GoDaddy is probably the most user-friendly and easiest platform for beginners and a great place to start.

If you want the quickest route to finding domain names that have value you have to “shop in someone else’s shopping cart,” Peter said.

By this, he means sorting by existing bids on a domain so you get a good idea of which domains are in most demand.

How Did You End up With VidaliaOnions.com?

This process of watching domains was exactly how he found VidaliaOnions.com back in 2014. Peter lives in Georgia, he was aware of Vidalia onions and the industry, and was interested when he saw the domain.

As he watched the auction timer deadline tick down, no one else bid on the domain so he won it.

How Domain Names Can Speak to You

Peter didn’t have any plans for the domain at first and went back to working on other projects. But it wasn’t long before he started getting ideas about what to do with it.

“This is the only time that I’ve had a domain that really did continue to needle me in regards to that there might be something here from a development standpoint,” Peter told me.

Peter started looking up what kind of demand there was for Vidalia onions. He realized they were in huge demand, and they were more of a boutique item than a commodity like a lot of vegetables.

So, Peter started Googling how to buy Vidalia onions to get an idea of how easy or difficult it was.

What he found was that it was pretty difficult at the time. The best option was to find farmers in Vidalia, print off a pdf order form from their site, write up an order manually, and mail it to them.

Peter didn’t have a lot of experience with e-commerce, but he knew he could set up something more efficient for ordering Vidalia onions online.

Turning a Domain Name Into a Business

Peter started out by simply putting up a form on his site to capture emails from people interested in buying Vidalia onions.

Peter said that people were finding his site by typing “Vidaliaonions.com” into Google in the hope of finding what they’re looking for. This validated his idea that a business shipping onions would work.

He started out by finding farmers growing and selling Vidalia onions and reached out to them. This led Peter to discover that the farmers are part of a Vidalia onion committee.

He ended up making contact with some committee members and explained his idea of making ordering onions online easier. Peter said this was where the strength of the domain name being so relevant helped with building trust.

Peter ended up taking a drive around Vidalia with the committee members, meeting farmers, and learning the industry inside out.

This was how he met the farmer he started working with, Aries Haygood. Aries didn’t have a website, and part of Peter’s pitch to him was, “even if we fall on our face, you’re going to get a free website out of it”.

Between them, they would have been happy with 50 orders in the first year. Peter said they ended up doing over 600 orders and shipping more than 10,000 lbs of onions online.

Forming a Partnership and Pricing

Peter’s was always going to need to form a partnership to get this business off the ground. In terms of monetary splits, “I wanted to make sure he got paid more than I did,” Peter told me.

Peter had a small amount of data to work with from the few boxes the farmer sends out. He said he loosely used this data, then factored in free shipping and some other costs of running the website.

Things are different now, but Peter fondly remembers that first season shipping onions and getting his business off the ground.

The farm had a UPS account at the time and was shipping items. So, Peter trained the staff on the system he was going to use to get the order details to them.

Peter was using BigCartel to power his e-commerce storefront at the time (he’s now using Shopify). He would receive an order, then manually add it to a Google Sheet and share it with the staff at the farm.

They would then manually type all the customer details into their UPS terminal and print the shipping labels.

Peter’s always had a very involved hands-on approach. He’s more than happy to talk to customers on the phone and would go down to the farm and help out printing labels and shipping out boxes.

What’s Worked on the Marketing Front?

“I’ll test pretty much anything,” Peter told me when it comes to marketing.

With a background in paid search, Peter used Google ads and Bing paid ads to drive traffic at first. He’s also experienced in building out sites from an SEO perspective, and that’s been an increasing source of traffic over time.

What’s really worked for him is adding a phone number to the site. Some days, Peter says he gets more orders over the phone than he does online.

An extension to this is the level of customer service talking to someone on the phone enables. Peter loves putting customers first and maintaining strong relationships, and is happy to talk to them on the phone and answer any questions they have.

That viral article Peter wrote, I sell onions on the internet, also drove a lot of traffic and around $7,000-$8,000 in sales. He’s also sponsored a bike rider, had a billboard and tried some other things.

In season, “it’s almost a full-time job,” Peter told me.

Peter starts taking orders in late February ready for the end of April/beginning of May when the first batch of Vidalia onions will be ready to harvest.

He will spend 3-4 hours a day on the phone taking calls from customers through to the end of March.

May-July it’s all hands on deck getting the orders processed and shipped out while handling customer support and marketing.

What Tools and Tech Are Integral to the Business?

The tools and tech Peter is using to run the business are:

Peter said he currently has “3 projects and a wild card.”

These are all projects born from expired domains, and are:

Peter’s #1 Tip for Side Hustle Nation

“Start with a good domain name.”