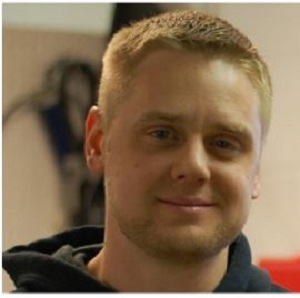 Today’s guest, Matt Bochnak of HowToMotorcycleRepair.com, is one of my favorite examples of how you can dedicate part of your week to generating time-leveraged income.

This is Matt’s third time on The Side Hustle Show, and every time we speak he’s made huge leaps forward with his business.

Matt first appeared on the show back in 2016 (episode 160) when he was making around $1,000 a month, fixing motorcycles in his garage, and filming and selling how-to videos on more in-depth repair projects.

When Matt appeared on the show for a second time in 2019 (episode 354) he was making $4,000-5,000 a month from a combination of digital product sales, YouTube ad income, affiliate commissions, Patreon, and sponsored content.

As you’ll discover in this episode, Matt is now making almost $20,000 a month in revenue. He’s completely shut down the service side of his business, expanded into physical products, and more.

How Has Your Business Changed Since 2019?

Since we last spoke in 2019, one of the biggest changes in Matt’s business is that he no longer does service or repair work on bikes for customers.

Matt has completely shut down the site he had generating leads for repair work, but is still focusing on YouTube and motorcycle service content.

To create videos, when Matt needs a bike to work on he said he goes out and buys a project bike in need of repairing.

This gives him the bike to work on, and Matt said he’s also able to sell the bikes for a profit once he’s repaired them.

Matt has also been creating more video tutorials he can sell and now has around 30 digital products for sale in his video library.

Matt also made his first physical product last year which was a new venture for him. He’s been selling his product all over the world and told me it’s given him a “nice bump in revenue.”

When we first spoke in 2016, Matt had around 10k YouTube subscribers. At the time of this interview, Matt had just passed 100k subscribers.

In fact, Matt was waiting to receive his Silver “Play Button” Creator Award that YouTube sends out to celebrate content creators hitting the 100k sub milestone.

Matt’s content strategy is to try and post at least two videos a month. For content ideas, Matt said his approach is simple, he tries to, “find stuff that’s broken, and post videos on how to fix it.”

If a friend or family member needs something fixed, Matt will take on that project. In addition to this, Matt looks on forums for popular models of bikes or common problems, and goes out and buys a project bike to fix.

Matt creates both paid content in the form of digital downloads he sells via Gumroad, and uploads a lot of content onto his YouTube channel which are free for the viewer.

When deciding whether to charge for his content or not, Matt said it comes down to how technical the content is.

“Something that is advanced will go behind the paywall,” Matt told me. So, things like engine rebuilds, which can take 3-4 hours, Matt will turn into a paid product.

The Idea Behind Creating a Physical Product

Matt is an engineer and has experience working in manufacturing environments, but that only made him more hesitant to create a physical product.

“I never really wanted to get into physical products. You’ve got to deal with inventory, quality issues, and all kinds of stuff,” Matt told me.

That was until he came up with the idea for a physical product that made a lot of sense.

Back in 2017/18, Matt said he came across a Vapor Blasting machine. This machine restores parts for motorcycles, cars, and so on by blasting them with water and other materials.

Impressed by the machine, Matt reached out to the company for a potential sponsorship deal.

At first, the company said they would send him one. But, they later changed their mind and said Matt could buy one for $4,000.

Instead of buying one, Matt decided he was going to build his own machine.

He put a set of plans and a parts list together and recorded himself building his own vapor blasting machine.

Matt now sells his plans and part lists so people can build their own vapor blasters. He has a tiered pricing system costing; $69, $99, $149, and $199 depending on the specs of the machine.

The plans, parts, and videos are selling well and bring in around $2,700/month in digital sales.

Someone in Matt’s audience recommended he try a different blast gun for his vapor blaster as it’s quicker than the one he was using at the time.

Matt bought it, was impressed, and did a video reviewing the blast gun and told people where they could get one.

He quickly started getting feedback from his viewers that they were unable to get hold of one though.

“The company wasn’t doing a good job of fulfilling the demand,” Matt told me.

This gave Matt the idea to create his own blast gun and sell it himself. Matt bought a 3D printer from Amazon and started creating a prototype.

He was able to get a working blast gun, then approached local machine shops for a quote to produce the item.

Matt also created YouTube videos during this process asking his audience what they thought, and to gauge what the demand would be like.

In his head, Matt said he knew he was going to give it a go if he could get just 10-15 orders.

Matt ended up selling all 50 of the blast guns before he’d even received them.

Matt said when he launched the product in March, he was fulfilling 20-30 orders a day for the first couple of months.

Things settled down a little after that and he started selling 30-40 items a month. This helped Matt gauge how many items he would need to order at a time.

It takes 6-8 weeks to have the products manufactured, so Matt doesn’t want too much inventory hanging around.

During the pandemic, however, it was taking up to two months to ship products internationally using USPS.

This made Matt try another shipping company, so he switched to DHL for international shipping.

Matt paid a developer to install WooCommerce and set up the payment and shipping through his website, which is the only place he sells his products.

A DHL rep recommended an Elextensions plugin to calculate live shipping rates for customers on his site, and this has been working great for him.

Another plus is that Matt doesn’t have to drop the packages off at his local post office either, they’re collected off his doorstep.

“It’s amazing how fast it is,” Matt told me. Matt said he’s now shipping stuff to the UK in three days and to Australia in just a week or two.

The price of the blast head from the competitor that was struggling to fulfill orders was $180.

The cost of manufacturing Matt’s blast head is $100, and Matt said he made enough improvements to the product to justify selling his at $250.

Adding More Products to the Catalog

Matt currently has three different sizes available for his blast heads depending on the size of the compressor being used.

He also recently released a video asking his audience if there was any demand for a fourth size. Matt created a waiting list for pre-orders, and he already has 40-50 people on his waiting list.

Matt said he’s also in the process of coming up with some different nozzles to add more products to his range.

Last year Matt said digital sales accounted for a “little under $4,200 a month.” These are video sales, and the plans and part listings for his vapor blaster he’s selling through Gumroad.

Matt said he’s floating around the $400/month mark with the Amazon Affiliate Program. These are sales he makes by recommending some of the products and parts he uses to perform bike repairs.

Matt has a day job and a family, so his business is still very much a side hustle.

He said he typically wakes up as early as 5 am to take care of emails or do some video editing, and will do some work in his garage in the evenings or weekends.

Matt said he spends a total of just 5-7 hours a week on his business right now.

He did say he would quit his day job when his business replaced his income, which it has, but he has no plans to quit at the moment.

Matt said he is in “stash mode”, banking the cash he’s making from his business and seeing where it goes.

“Be involved in your space.”

For those wondering how Matt’s tips have changed over the years, here are his previous tips:

2019: “Just do something; build it and they’ll come; opportunities will just show up.” 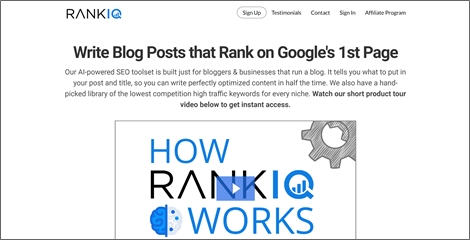