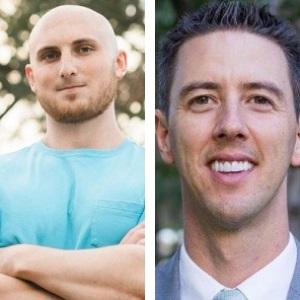 We all have a limit to our capacity. For some entrepreneurs and small business owners, that’s a tough pill to swallow.

But when you’re up against that ceiling you’ve got two options. You can:

This episode is about growing your team in such a way that you have some breathing room in your schedule and in your mental bandwidth to do the work that’s required of a business owner.

Even though I’ve been hiring virtual help in my businesses since 2005, I’ve still got a lot to learn! This is something that’s been on my mind this year as I think about where I want my current operations to go and who can help get me there.

To help dive into this topic, I’m excited to welcome John Jonas and Nate Hirsch to the show.

Between them, they’ve got more than 60 virtual team members and have been practicing remote management for more than a decade.

They both run platforms to help you make your first virtual hire as well:

Tune in to hear John and Nate’s take on when it’s time to hire, how to find the best talent for your budget, and some common mistakes to avoid.

What Did It Feel like Making Your First Hires?

John remembers having a conversation 15 years with a guy who was really far ahead of him in business. This guy was using virtual assistants in his business and told John when he starts outsourcing to make sure he goes to the Philippines to find virtual assistants.

He gave John some reasons why he should be considering hiring assistants, where to go, and told him to hire a full-time assistant if he wanted to scale his business.

John decided to take the leap and make a hire, and told me, “It was the single most liberating experience of my life.”

After some training, his assistant started picking up work John used to do. This freed up more of his time to focus on sales and growing his business. “After a couple of months of having him work for me I realized, there’s two of me now,” John added.

Nate was running an Amazon dropshipping business out of his college dorm back in 2008 when he made his first hire. His first hire was a guy from one of his classes who responded to a job posting he put on Facebook.

He came on to help with the month-end bookkeeping, and this opened Nate’s eyes to how important hiring help was to helping him operate his business. He was then referred to a VA in the Philippines as his next hire, and he took her on to help manage his emails.

“It was kind of like a revelation, I can focus on high-level stuff,” Nate told me of the experience with his first overseas hire.

When Is It Time to Bring on Help?

John always had aspirations to run his own business and knew he’d need to find ways to get help at some point. He made his first hire because he didn’t like writing content and wanted someone to write for him. He also wanted someone to post the content, format it, add internal links, and so on, and his job role grew from there.

When advising other people on when it’s time to bring on help, John said, “If there is something you are doing that you could potentially teach someone else, it’s time to hire someone else. That is the only way that I know of that you can buy time.” After training someone to do things you’ve been doing, you might never have to do them again.

Nate echoed Johns comments, and also added that people are only good at a certain number of things. Sometimes you have to take a step back and hire someone who is better than you are at certain things you need doing in your business.

How Do You Figure out How Many Hours You Might Need?

John has a simple answer to this question, “It doesn’t matter.” He recommended hiring someone full-time and paying them a salary over paying someone hourly.

Nate had similar thoughts. Most of his VAs are full-time, but he will also use some hourly VAs if he’s testing new ideas out, different projects, or just wants to work with a new person for a few hours first before deciding if he wants to take them on full-time.

How Much Can People Expect to Pay for Filipino VAs?

Looking back at his first hire 15 years ago, John said he went through an agency and was paying the agency $750 per month, and they were paying his VA $250 per month. Today, rates have changed a little as you’d expect. John currently has 25 members of staff and pays them between $450-$1,500 per month, and says the $450 is on the lower end but you can find quality VAs for this amount.

Obviously, these numbers are much lower than what you’d pay a US-based VA. John pointed out that not only is the cost of living a lot lower in the Philippines but working as a VA has a few benefits that make it worthwhile for Filipinos.

John said the standard working week for a lot of Filipinos is up to 10 hours a day, 6 days a week. By working as a VA they get to work from home, be around their families, and work 8 hour days for 5 days a week.

Nate said he has 40+ VAs and pays most of them between $5-$7 per hour, with some longer-term managers on his books earning $15+ per hour. When he’s matching VAs with clients, Nate said the important thing making sure both parties are happy so it’s a working relationship that’s going to last.

“We want our freelancers to only take a rate they are happy with long-term,” Nate told me.

Should You Hire for the Role or a Specific Task?

John’s hiring criteria is different from Nate’s. If he needs help with technical tasks or high-end writing, he hires someone with a specific skill set specific to carry out those tasks. But, generally speaking, the first thing John looks for in a hire is good English. John said that if a VA has good English they are more likely to think well, are easier to train, and can grow within his business.

John puts potential hires through a series of questions over a few emails to test the three things he spoke about earlier; how good their English is, how attentive to details they are, and how reliable they are.

He will ask freelancers just about anything to test how they answer him. Some of the questions he’ll ask includes:

He will often ask them to attach a picture of a pink Cadillac to the next email — this is to see if they’re paying attention to his emails, will do what he asks in a timely manner, and if they question why he asked them to do this it’s a huge plus for John.

John doesn’t often jump on a call with VAs from the Philippines, telling me, “Filipinos are shy, they are worried about disappointing you,” so many will not take a call and this means you could be missing out on good candidates.

Nate said he almost never talks with his international remote employees. Instead, they communicate via email or Skype.

What Are Some of the Common Mistakes You See Your Clients Making?

Nate said two of the common mistakes he sees from clients are:

John said two of the common mistakes he sees from clients most after are:

Most mistakes can be avoided with proper communication. Both John and Nate said that the more information, and the clearer you are when communicating with a VA, the more likely they are to deliver exactly what you’re looking for.

What Do You Do When Your VA Isn’t Performing?

If your VA just isn’t getting it, and you’re struggling to work well with them, you need to know when it’s time to call it quits.

Nate has had to let VAs go when they couldn’t follow his instructions, but he’s also had times when he was able to talk to them and figure out what was wrong.

John recommended asking the VA, “What are you stuck on?” If they are having problems, there might be a reason why and it’s worth investigating to try and find a solution if they have previously been a good worker.

John’s #1 Tip for Side Hustle Nation

“What separates successful entrepreneurs is the willingness to think through hard things.”

Nate’s #1 Tip for Side Hustle Nation 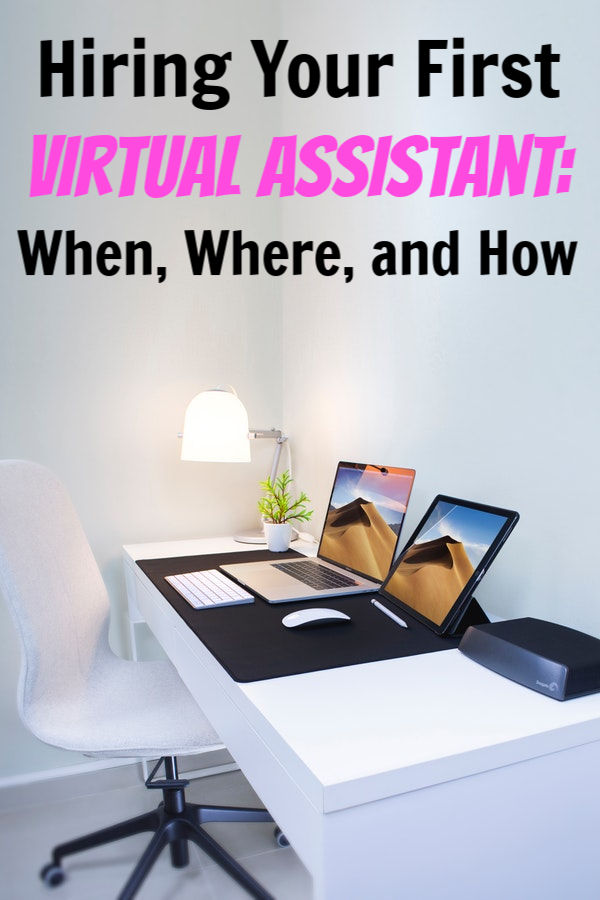 7 thoughts on “Hiring Your First Virtual Assistant: When, Where, and How to Do it Right”