Pei is my new favorite cash back app.

After you install it and link your cards, you’ll earn automatic extra cash back at 100,000 places where you’re already spending money.

And this is on top of the credit card rewards you’re already earning!

In this post, I’ll share how Pei works and how you can begin earning free money on the stuff you’d be buying anyway.

If you like free money, Pei’s seamless cash back app is a no-brainer to add to your phone.

What is the Pei App?

Pei is an app that pays you an extra 1-20% automatic cash back when you use your linked credit card at partner stores.

I’m not sure how long this promo will last, but Pei is currently dishing out a fat $10 sign-up bonus. Use my invite link and code “hustle” when you sign up.

Once you’re set-up, it’s very passive and hands-off. Just shop as you normally would, and transactions are automatically credited to your account. 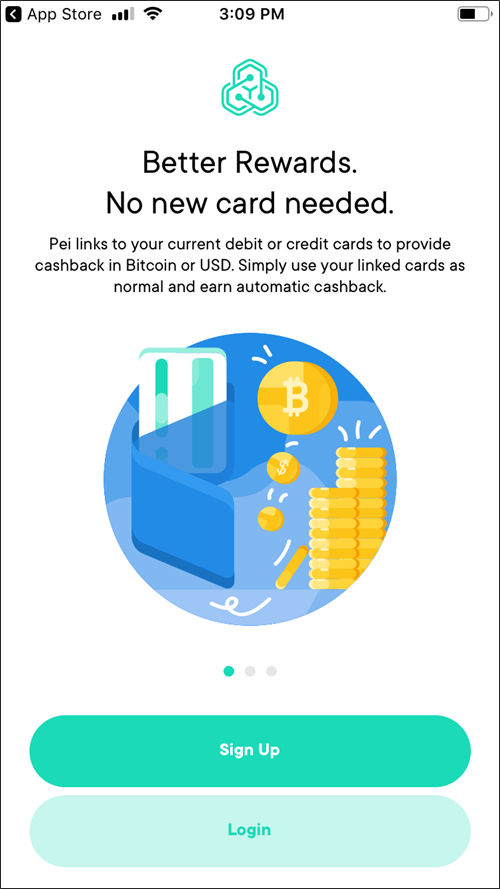 Your rewards are redeemable for cash (via PayPal) or Bitcoin — starting after you’ve earned $25 worth.

Pei has partnered with retail stores nationwide to offer extra cash back on your purchases. Once you install the app, you can see which stores nearby Pei will work at.

Here in Livermore, there were lots of options (all the blue and green dots on the map). 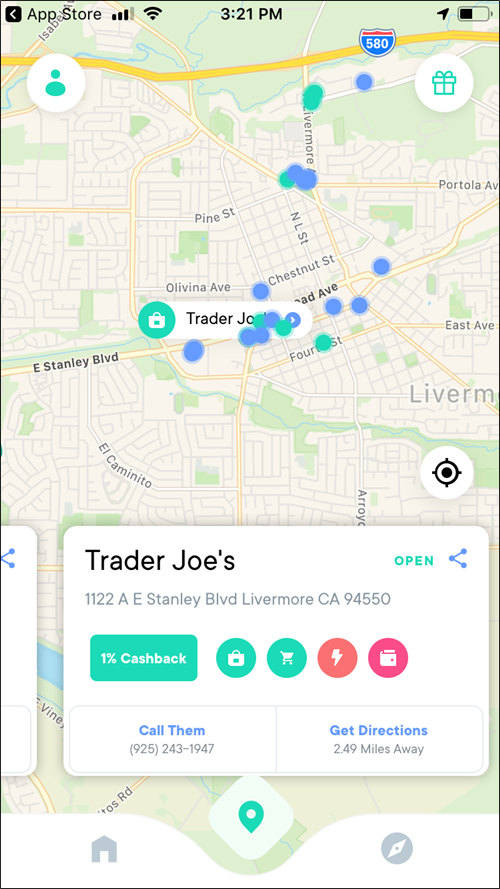 Many of these are stores I’m already spending money with, so signing up for Pei was a no-brainer way to pad my bank account.

The cash back varies by store, but so far I’ve earned cash back at:

It’s pretty cool, and I haven’t had any issues of transactions not being recorded or recognized. And there’s no receipts to scan.

Once you’re in, you’ll start to get notifications like this: 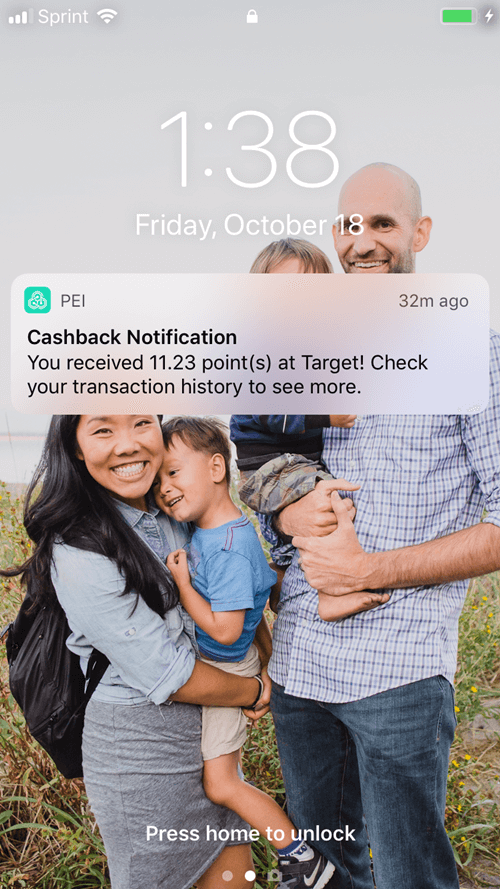 So how to do you sign up for Pei? It’s quick and easy.

(Use that link and invite code “hustle” for a $20 bonus when you sign up.)

Then, link your banking and credit card information. You’ll see that Pei uses bank-level security and encryption to protect your data. 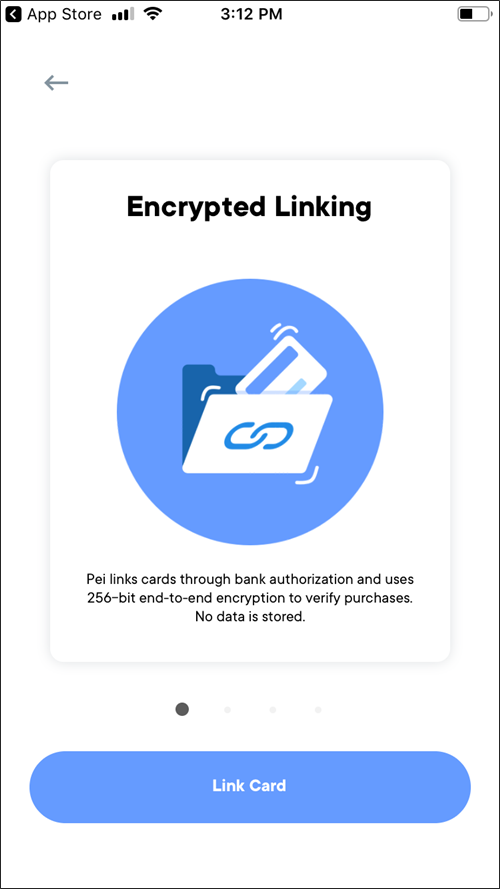 Pei makes it easy to enter in your card information and get started. It will also send you a 2-factor authentication code for protection as well. 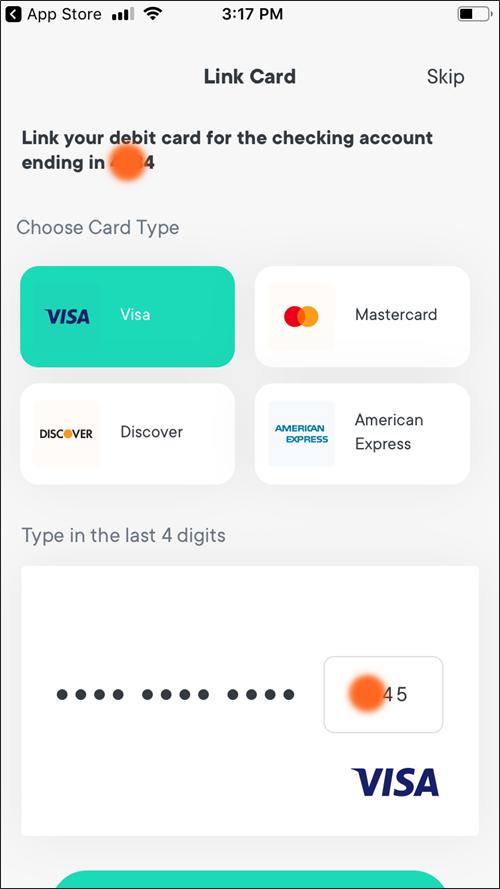 After that, you’re ready to go. Pei will automatically track your spending at participating stores and credit your account.

Cashing Out Your Pei Rewards

I’ve cashed out my Pei rewards a couple times so far, and both times were super easy. You can cash out once you hit $25 worth of points.

When you go to withdraw, you have 2 options:

(Pei used to offer gift card withdrawals, and even gave a 1-3% bonus on top of your earnings to choose that option, but those have been discontinued.) 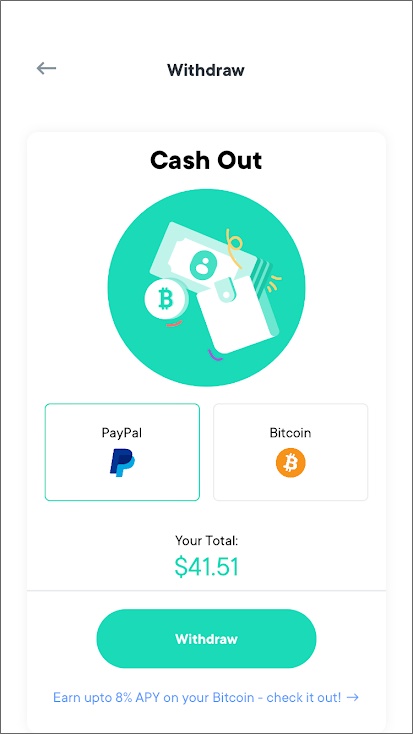 The first time I redeemed for cash, in the form of a PayPal deposit. The money hit my account almost instantly.

If you choose the Bitcoin option, you’ll be prompted to create a Pei Bitcoin wallet. Because of government rules and regulations surrounding cryptocurrency holdings, this requires adding your social security number, uploading a picture of your photo ID, and linking your bank account information.

To do this, Pei uses Plaid, the FinTech industry-standard for securely sharing account details.

Note: Just make sure the name you enter matches what’s on your photo ID. I didn’t think twice about it and entered “Nick”, where my driver’s license says “Nicholas”.

It took contacting Pei’s (woefully understaffed) support team to get that sorted out.

If you already have a Bitcoin wallet elsewhere, you can withdraw directly to that wallet as well.

Earn Interest on Your BTC Holdings

All over the Pei app, you’ll see messages proclaiming you can earn “up to 8%” interest on your Bitcoin holdings.

This aspect takes Pei from one of the best money-making apps to an interesting alternative investment platform as well. With interest rates on traditional savings and checkings accounts at almost 0%, 8% is definitely compelling — even if it’s not FDIC-insured.

However, when I cashed out $20 of my Pei earnings to Bitcoin instead of PayPal, the next screen said I was only earning 4% interest: 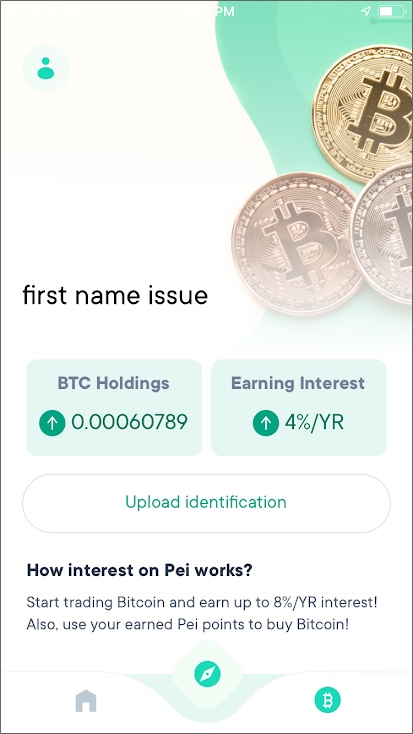 It turns out that if you want to earn the full advertised 8%, you need to set up recurring weekly or monthly purchases of at least $10. (There’s a 2.75% processing fee for all Bitcoin purchases.)

Other Ways to Earn with Pei

Every 5 visits to a particular store earns you a loyalty bonus. It appears these are variable amounts, but it’s always been just 1 point for me.

Whenever these pop up, it’s a funny reminder that apparently we eat a lot of In ‘n Out and Papa Murphy’s!

In the Pei app, you’ll see a section for online deals from Preferred merchants. I’ve seen these as high as 18% cash back for certain brands, so it might make sense to take a look before you’re making a big purchase.

The in-app referral program is a little clunky, but at press time, you could earn $10 referral bonuses when your friends join the app and make their first purchase.

To me, it’s a no-brainer to help spread the word about this one, because again, who doesn’t like free money?

At press time, Pei is well-rated on the iOS App Store with an average 4.7-star rating from over 4000 reviews. Android users on the Google Play store are more critical, giving it only a 3.6-star rating.

As a Pei user for the last couple years, I will say the interface can be slow and buggy — though it has improved. At one point I had to completely delete the app from my phone and reinstall it to get it to start working again.

It’s not without its quirks. For example, the latest version makes the phone vibrate every time you click a button or menu item. I’m not sure if that’s intentional, but for all the free money I’ve earned from Pei, I’m willing to put up with it.

While Pei is the best cash back app I’ve found, you can actually double-dip or stack rewards with other apps that pay you.

It’s possible to double-dip your Pei rewards even further with a couple receipt scanning apps.

I like the Fetch Rewards app because it’s so easy. It’s not fully automatic like Pei, but you can combine the two to earn extra cash back just by snapping a picture of receipt.

Fetch has partnered with over 250 popular brands, and when you buy any of those, you’ll earn points.

You can then redeem points for gift cards to retailers like Best Buy, Sephora, Staples, Gap, and more. (I’ve been cashing in for Amazon gift cards.)

It’s also kind of a cool tool to track your spending across time and across different stores: 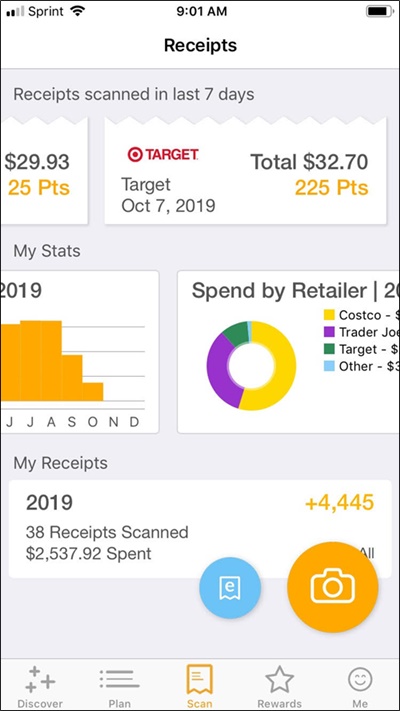 Install through our referral link and get 2000 free bonus points ($2)!

Dosh works similarly to Pei, in that once you install and link your card, you’ll earn automatic cash back at participating merchants. 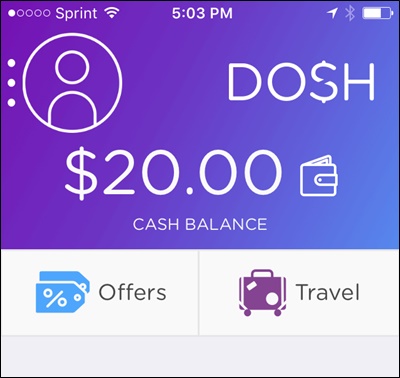 What I found was that Dosh seemed to partner with more local restaurants, while Pei had the national or regional chains.

Also, for me, Dosh has never earned anything at Trader Joe’s or Target — both frequent stops for us.

Where Dosh shines is on travel deals, often with significant cash back on hotels when you book through the app.

I also use Ibotta, which has been around forever.

With this app, you add store-specific offers to your account in the app, and then snap a picture of your receipt. When you buy items matching the Ibotta offers, you’ll earn extra cash back.

According to the company, Ibotta Savers who use the app every month earn an average of $130 a year!

What do you think of the Pei app and similar cash back apps?

I’m not one to turn down free money! 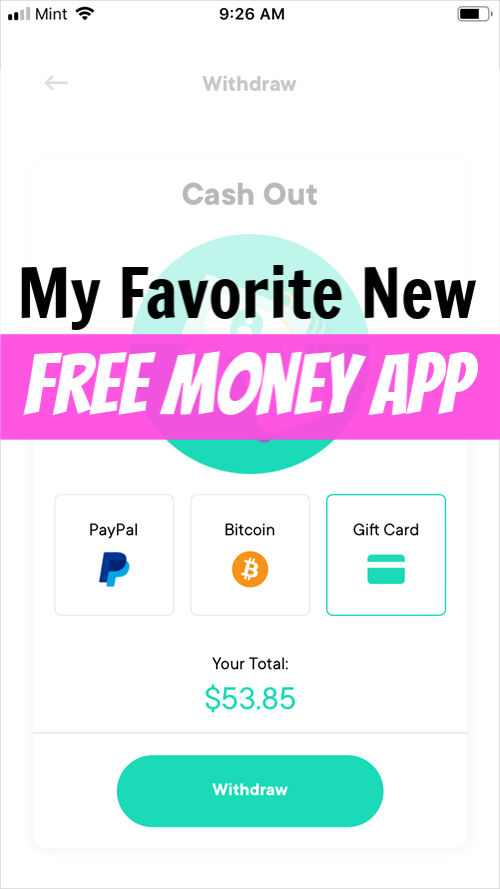