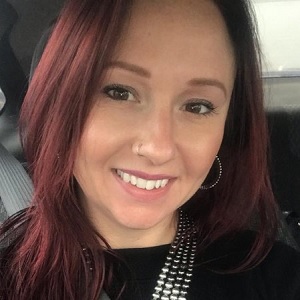 Is there gold in your backyard?

Erica Krupin found $1000 a week in hers, with a blue collar business idea that can easily be replicated in your local area.

Sometimes it’s the simplest businesses that are the fastest to get started and see some results. Erica just left her day job to pursue this full-time, and with the plans she has in place, it looks like her business is set to continue growing.

Tune in to hear how she landed her first customers and markets this business, how she prices the service, and how she delivers on her promises.

NOTE: My first interview with Erica aired in early January 2020. For the September 2020 update, please see “Where Are They Now?” below.

Where’d the Idea for the Poop-Scooping Biz Come From?

The story behind why Erica started Kroopin’s Poopin Scoopin is an interesting one.

“It was my husband, it was his idea,” Erica said.

Her husband used to talk about starting the business with his brothers growing up, it was always something he’d wanted to do.

But he never did.

Erica continued to hear him talking about it, until, ”One day I just decided, you know what? I’m going to do this,” she told me.

So, she went and got a DBA (Doing Business As) to register the company name, and made it an official business.

Erica didn’t do any market research before starting her business. She based the need for a pet waste removal business on the fact that she didn’t enjoy picking up after her own dog.

She knew she couldn’t be the only one! So, if she could make her service appealing, she would be able to find customers — and she was right.

The funny thing is that Erica still doesn’t enjoy picking up after her own dog. Yet, she said she finds it “relaxing” picking up poop for her customers. “It doesn’t feel like work,” she explained.

The first thing Erica did was look at a friend’s website who runs a pet waste removal business to get an idea of what services to offer and how to price them.

She then did a soft launch on Facebook, just to friends and family. She had one message right away, and that was her first client. From there, she mostly used word of mouth and would ask around if anyone wanted their yard scooped.

For pricing, Erica would ask people what they were willing to pay, and she also looked at what other scooping businesses in the area were charging.

She initially settled on $55 per month. But soon realized some months had 4 weeks and that made a big difference to her rate. So, she swapped to a weekly price billed every 4 weeks.

Her pricing currently works out at:

Most of her 80+ customers are paying $60 every 4 weeks on a recurring basis.

To collect payments, Erica accepts cash or Venmo for her one-time clean-ups. Then sets up her monthly recurring payments through Square.

She produces an invoice, emails them out, and lets Square handle the transactions.

One lesson Erica learned from doing her first job was that she priced it too low.

The good thing about that job, however, was that she took before and after pictures of the yard she cleaned up. She used these pictures to make an ad style post and started posting them in Facebook groups.

She said she posted it in 47 local buy/sell/trade style groups that she was already a member of, and added a caption that she was offering pet waste removal services starting at $30.

Thinking she would get maybe one or two hits, she headed off to a conference for the weekend.

“All of a sudden my purse just started vibrating like crazy,” Erica told me.

She was getting hundreds of messages from people in the groups she posted her ad in asking about her service.

Her husband knew how she was doing the yard cleaning, so he helped take members of Erica’s family, friends, co-workers, and anyone else she’d found to help to clean up yards.

Many of those first customers are still with Erica today.

I asked Erica what else she’s done to market her pet waste removal service. She explained she’d been working on a few different marketing channels, including:

How Much Does it Cost to Start a Pet Waste Removal Business?

There are always some startup costs involved with service businesses.

Erica’s biggest expense was $450 to add a hitch and trailer to the back of her 2007 Chevy Cobalt (affectionately named Lexi). She now drives a truck that’s better equipped to carry everything she needs.

Pro Tip: Use a mileage tracking app like Hurdlr to deduct your work miles from your taxes! It also makes sense to use a business credit card to pay for your relevant business expenses.

For her tools, she bought a child’s garden rake, some yellow contractor buckets, and a bunch of lavender-scented trash bags.

So … What Do You Do With All the Poop?

When she first started out, Erica was filling a large tote and disposing of it in her trash can at home. As she started cleaning more yards, she asked local waste collection facilities what the best solution was.

They told her she needed to get a specialist hazardous waste application approved. Then she would be able to dump the dog waste at a local dump.

This is a much better solution, but costs her $150 every time she dumps a load.

(As a “full service” pet waste removal provider, she didn’t want to simply stink up her customer’s trash bins.)

Erica went full-time with Kroopin’s Poopin Scoopin when her earnings surpassed what she was earning with her day job. She’d built it to that point working only part-time, and is excited to continue to grow it.

Her current hourly rate works out between $45-$60 depending on how close her jobs are together. One of her goals is to get more customers in a closer geographic area. This will allow her to cut down on travel time between jobs and increase her hourly rate.

She currently has one employee who works 2 days a week. Erica is planning to take on more help next year so she can focus her efforts on expanding her business.

Erica’s #1 Tip for Side Hustle Nation

I caught up with Erica 9 months after our original recording, and found she’d grown the business another 50%!

“Right now, at my location here in Westland, we’re servicing almost 120 customers per week. And that doesn’t include our one-time cleans,” Erica told me.

Erica has also expanded and now has another location on the other side of Michigan in Muskegon. That location is already servicing 15 customers a week.

This came about when someone living in Muskegon reached out to Erica. She asked if Erica would be scooping in the area, and when Erica said no, the person asked if she could adopt her business model there.

Erica took her on as an employee and she runs everything in Muskegon under the Kroopin’s Poopin Scoopin brand.

Any Plans To Expand Further in the Future?

Erica doesn’t have any plans to expand further at this point. She said it’s stressful and time-consuming and isn’t sure it’s the direction she wants her business to go in right now.

What Factors Influenced Your Growth in the Last 9 Months?

There are two marketing channels that Erica says are responsible for the growth of her business:

Erica told me Facebook is still working, but it hasn’t been the same for her since the pandemic.

She didn’t post much during the lockdown due to the impact on the economy. As restrictions were being lifted, Erica did post more but hasn’t captured that same viral momentum she did when she started her business.

Erica has started to mix up the type of content she shares on Facebook to tackle this. She’s been running “Cover Photo of the Month” competitions that have been going well.

These involve people submitting their doggy pictures, and Erica shares them in different dog-related groups for people to vote which picture should be on her page.

Erica said this form of “indirectly marketing” her business has been generating traffic and interest in her business page.

Erica did shut down for a day to figure out the best strategy when lockdown was enforced. She spoke with some other scooping companies to see what they were doing, and called her local city office to make sure she was compliant.

She decided to stay open for business. Being a sanitation business, she already had all the necessary cleaning steps in place. Erica gave her staff masks to wear, and apart from that, it was business as usual.

Are You Still Doing Most of the Work?

When we last spoke, Erica was doing most of the scooping and her husband was helping out.

Today, she has 3 part-time employees helping out. Erica doesn’t scoop on Monday or Tuesday and does partial days on Wednesday, Thursday, and Friday.

She told me she feels like she’s entering “stage 2” of her business. Spending more time doing office work, marketing, and tasks like that.

What Else Are You Working On?

When we spoke, Erica was in the process of integrating Jobber, a customer-relations management software.

This will help streamline all of her processes, from invoicing to managing customer profiles. It also makes communicating with her team a lot easier, so she expects this to save her a good chunk of time.

Erica is also working on figuring out how to better market her business online to generate new customers.

She’s having a lot of success posting creative content on Facebook and engaging with her audience. Anyone who leaves a comment, Erica is sure to send one back.

This has been pivotal in helping grow her business through word-of-mouth. But she’s always looking for new ways to reach new customers.

Any Words of Wisdom?

“Be consistent, sometimes you have to slow down to speed back up,” Erica told me. 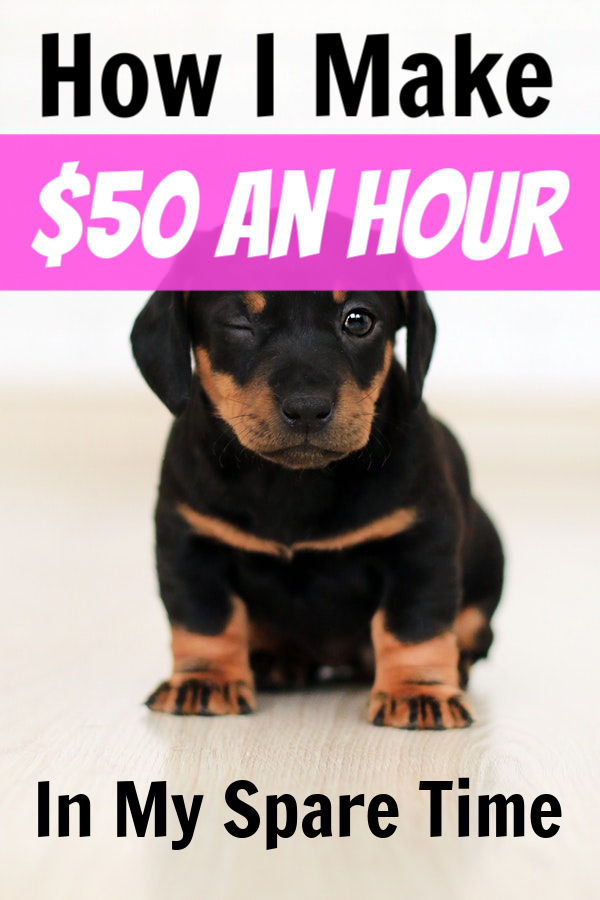 7 thoughts on “How to Start a Pet Waste Removal Business: $50 an Hour Part-Time”