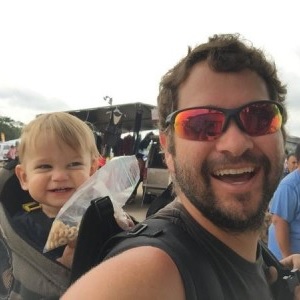 Rob is a professional “money multiplier.”

The good news, he says, is it’s a skill that can be learned.

Since then, the father of 3 has taken his buy low, sell high model and turned it into a full-time 6-figure operation.

Rob doesn’t discriminate what the products are he’s flipping, as long as he can pick it up for a great price he’ll flip it.

I can’t blame him, since some of these single deals are worth thousands of dollars in profit. In fact, Rob only buys items he estimates he can 10x when he flips them.

Since we last spoke Rob has fine-tuned his processes for finding and flipping items. He still hits the flea markets weekly, but he also uses some interesting tools and apps to find more items.

He’s also found a way to save big on shipping cost, enabling him to go after bulky items with even bigger markups.

In this “where are they now” episode, I invited Rob back to learn how he scaled up his business, what his buying criteria or flipping process looks like today, and what he’s got cooking next.

Bonus: Join Rob’s free flipping training webinar to learn more about this business, and stick around to the end for a nice freebie. 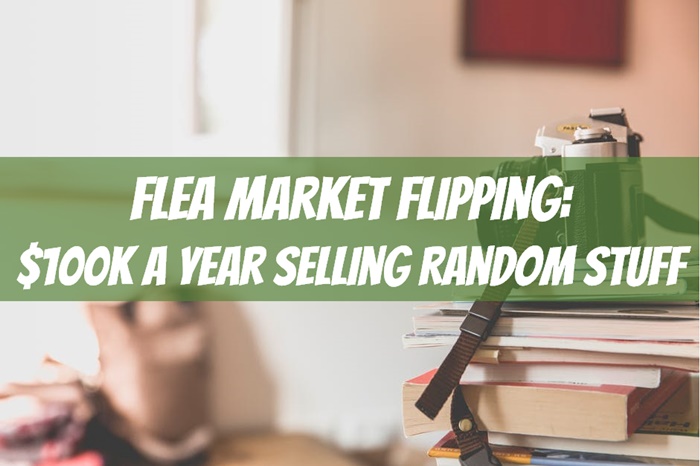 For someone who likes hustling for a bargain, the world’s longest yard sale is the perfect place to go hunting.

This is exactly where Rob had just been before this interview. 127YardSale is a 690-mile-long yard sale spanning from Alabama to Michigan, with literally thousands of vendors selling anything and everything.

Rob took his family, an SUV with an enclosed trailer, and spent a week on the road looking for products to flip for profit. He spent a total of $560 on 12 items and said he expects to make between $4-$5k flipping them.

Among the best finds:

There was the one that got away too. Rob had to pass on a 6’4” scissor lift that he said he could have made at least $4-$5k on because it wouldn’t fit into his trailer!

Rob has some routines and places he calls his “sourcing process” to find and sell products. His main methods are:

Rob said the apps are great because you can browse loads of items and do some research online to see how much you think you can sell them on for before making an offer.

He doesn’t limit himself to a certain type of product when browsing. “What we look for when we’re out there is the stuff that’s discounted,” Rob said.

With 3 young kids keeping Rob and his wife busy, he said they spend around 30-40 hours a week on the business.

What Kind of Markup Do You Look for on Deals?

The markups are surprisingly high for items that are swapping hands twice. “We usually make at least 10 times our money on what we invest in,” Rob said.

He added that he aims to make at least $300 on his flips.

How Does He Store All of This Stuff?

Not everything sells right away, and some of the items Rob flips are pretty big. He’s come a long way from running his business out of his spare bedroom, Rob now has 3 storage units and a 2-car detached garage to store all his stuff.

He’s planning on hiring a warehouse by the end of the year to consolidate all the storage into one place.

Any Crazy/Large Flips to Mention?

One of the more interesting and profitable flips Rob made recently was a parking lot security tower he bought for $6k at a local auction.

It’s an air conditioned room that parking lot attendants can sit in during their shift. Rob flipped it in less than a month for $25k.

Rob attributes a lot of his revenue growth to dealing in large items. A lot of people don’t want to handle large products, either because of storage constraints or they think the shipping will be too expensive.

However, due to some relationships he’s built up with freight companies and experience with shipping large items Rob is happy to handle them.

He gave an example of a time he shipped an 8-foot dining room table with 12 chairs and a buffet. It weighed more than 2,000 lbs., and Rob was able to ship it across the US on a pallet for just $300. He said this could have easily cost between $1k-$1.5k.

A useful site Rob shared is uShip.com. It’s an open marketplace that connects customers with people or companies willing to ship your goods. This means people will be bidding to do your shipping, driving prices down.

“uShip has changed the industry for shipping,” Rob said. He lists almost all his items as free shipping because he knows he can ship most things across the country for $200 and this isn’t taking too big a chunk of his profits.

Do the Deals Ever Dry Up?

“I could literally buy stuff every single day,” Rob said. The flippers that only handle small items are concerned as there is a lot more competition, but as Rob is willing to handle large goods he says there is no shortage of deals out there.

Rob said he is restricted by time and storage space, not the number of items on the market he wants to buy.

Can Other People Do This?

Absolutely. Rob and his wife Melissa run an online course called Flipper University, where they teach everything you need to know about flipping.

They currently have around 250-300 people in their community. While Rob says his experience is an advantage, anyone can get up to speed and start flipping right away with a small budget. 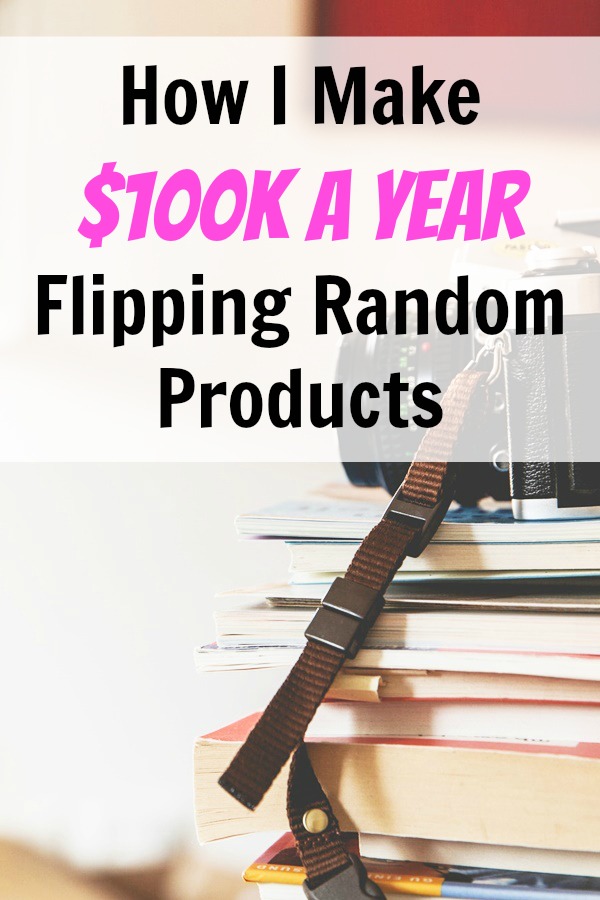 3 thoughts on “298: $100k a Year Flipping Random Items: The Return of the Flea Market Flipper”