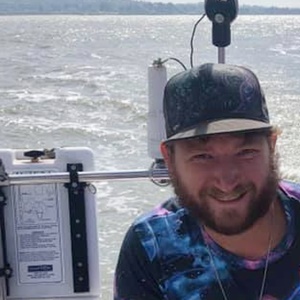 Do you enjoy hunting for bargains that you can buy low and sell high?

Charlie William does, and his book flipping business is proof that this business model still works.

He’s become a master deal-hunter, selling more than $9,000 worth of used books last month on Amazon.

The best part? Anyone with access to thrift stores, yard sales, and local charity shops can start this side hustle for just a few bucks a month.

I connected with Charlie though the Side Hustle Nation Facebook Group and invited him on the show to learn more about the book flipping business. 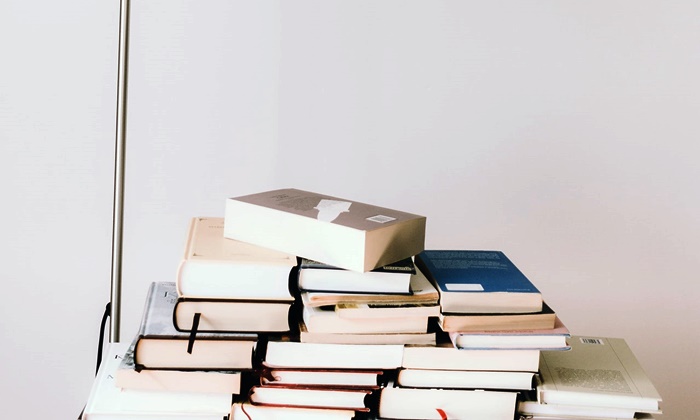 Charlie had a toddler at home, and another child on the way. He wanted to find a side hustle that would bring in some extra cash without pulling him away from the house for hours at a time.

A couple of his friends were selling stuff on Amazon. One of them put Charlie in contact with someone reselling books, which piqued his interest.

“I just downloaded Scout IQ and just jumped into it,” Charlie told me. “And I’ve been addicted ever since.”

What Tools and Startup Costs Are Involved in Flipping Books?

As mentioned above, Charlie uses Scout IQ, an app that scans book barcodes and tells you how much that book is selling for on Amazon.

It’ll also factor in Amazon’s seller’s fees to give you a profit figure.

The “live” version costs $14/mo. This version pulls the latest pricing information from the Internet while you’re out scanning items. If you have a weak data connection while sourcing, you can download a database of the latest prices for $44/mo. The database version is also much faster!

Charlie said this (and an Amazon seller account; $40/month for the Pro account) is all you need to get started reselling items on Amazon.

Note: Amazon has a free “personal” seller account if you want to test the waters, but you’ll be charged $0.99 per item sold and there are some other restrictions.

As he started selling more books, Charlie invested in a few more tools to scale up his business and process items faster:

Buying low and selling high is the fastest way to multiply money. Here's how to get it done.

Where to Source Profitable Books to Resell

Charlie’s first trip was to a local Goodwill store. He doesn’t remember the exact book that was his first pickup, but he found something there to sell.

Other places he regularly finds books to sell include:

*Charlie has a cool tip when looking through Facebook marketplace. He uses his phone and seller app to scan the books on his screen to quickly pull all the information.

In fact, books are great items to flip because they’re so widely available and it’s easy to determine market pricing.

If you can, it probably makes sense to buy your inventory with a business credit card. This will help you keep your personal and business expenses separate, and earn additional rewards.

What Types of Books are Best to Flip?

The niches that are selling well for Charlie are:

Charlie lives in a college town, so he’s always finding college textbooks for sale at the end of each semester. He often contacts the student online, makes an offer, and will have the books on his doorstep by the time he gets home.

Related: Here are some of top ways to make money in college.

How Do You Deal With Competitors Selling the Same Books?

The software Charlie uses automatically prices up his books to match the lowest Prime offer for the same item on Amazon. When there are multiple sellers, Amazon tends to rotate the “buy box” so everyone has a chance.

Theoretically, this helps prevent a downward spiral on price as sellers race to undercut each other.

Still, prices are always changing on Amazon, and Charlie has lost money on individual books. It’s hard to manage and change prices manually when you have hundreds, or even thousands of products listed.

For now, he’s leaving it in the hands of the app to calculate the prices for his books and it’s been working out well.

How to Determine Which Books to Buy to Flip

Charlie said he relies mostly on “triggers” built into the Scout IQ scanning app to tell him if a book is worth reselling on Amazon or not.

You can change these triggers yourself, but they provide a good starting point.

The app will either tell you to “accept” or “reject” a book when you scan it based on:

Charlie said not to be discouraged if you don’t find a book to resell in your first few scans. “Most books are going to be ‘reject’. Most books are not worth selling on Amazon,” he said.

It really is a volume and speed game. You want to scan as many books as possible to find the ones that trigger as “accept.”

With practice and repetition, you’ll start to develop an eye for the types of books that are profitable and where to find them.

What About Other Book Flippers?

“There’s definitely been a growing competition around me,” Charlie told me.

Over time, he’s had to travel farther to find more inventory.

He found a fun and creative way to do this recently on a week-long family trip to LA. In between jumping on rides in Disneyland and eating out, he would hit as many thrift shops with his scanner as he could.

He made about $1,500 profit on the books he found during the trip, which almost covered the cost of the trip itself. Plus, he could write-off all the mileage!

Pro Tip: Use an app like Hurdlr to automatically track your mileage and find tax deductions.

Charlie uses Amazon’s FBA (Fulfillment by Amazon) service. This means he packages up all his books in one big box, prints a label, and sends it off to one of Amazon’s distribution warehouses.

From there, Amazon handles all the sorting, shipping, tracking, returns, and refunds.

There are fees for them handling all of this, but most book flippers find this much easier than shipping out individual orders themselves.

The other benefit of choosing FBA is it makes your books eligible for free Prime shipping. Because of that, Charlie said you can actually charge a little more.

He’s even bought books off Amazon from merchant-fulfilled sellers and flipped them for a profit.

If you’re interested in doing this there is a piece of software called eFlip that will find merchant items to flip.

Books can get pretty heavy, but Charlie said once you get the hang of boxing and shipping them it’s quick and easy to do.

He packs up about 40-45 lbs of books at a time and it usually costs him around $9 to send into the warehouse. Amazon obviously has negotiated some pretty sweet terms with UPS!

Amazon’s fees take the largest piece of the pie, accounting for around 50% of the sale price. Then there are the various tools and software Charlie uses.

Could the Inventory Dry Up?

Of course, Charlie isn’t the only person sifting through thrift stores to flip books for profit.

Plus, the stores want to maximize their profits, too. I asked Charlie if he thought the stores might start selling their inventory directly on Amazon in the future.

He said he has seen some books on Amazon being sold by Goodwill, so some stores are doing it. But for the most part, Charlie doesn’t think they will start selling their books on Amazon anytime soon.

“A lot of thrift store owners don’t want to deal with the online thing,” Charlie told me.

One interesting idea Charlie is pursuing is working out “consignment” deals with some of his best sourcing spots. In this scenario, he’d sell their inventory on Amazon, and share a portion of the proceeds with the store. The big advantage would be essentially eliminating his book scanning competition.

How Much Time Does Flipping Books Take?

On average, Charlie said he spends 1-2 hours a day scanning books in stores 4-5 days a week.

Sometimes it can take a whole day if he needs to drive for a few hours to hit some new locations. He’ll also go out of his way to find large book sales.

Charlie also said being consistent is a huge part of being successful in this gig. The more places he hits, the more opportunities he has to find profitable books.

He even carries $10 Starbucks gift cards around to thank thrift store employees that might be willing to let him get first dibs on books.

Then, after sourcing the inventory, it’s a matter of listing those items on Amazon and shipping them in. A scanner and inventory software like Charlie mentioned is a huge help here.

Charlie has plans to go bigger and better on his book flipping business this year.

“I eventually want to get into bulk books,” he told me. For that, he’d need to get some capital together to lease some warehouse space. Then he’ll start shipping in pallets of books to flip at a time.

Charlie’s #1 Tip for Side Hustle Nation 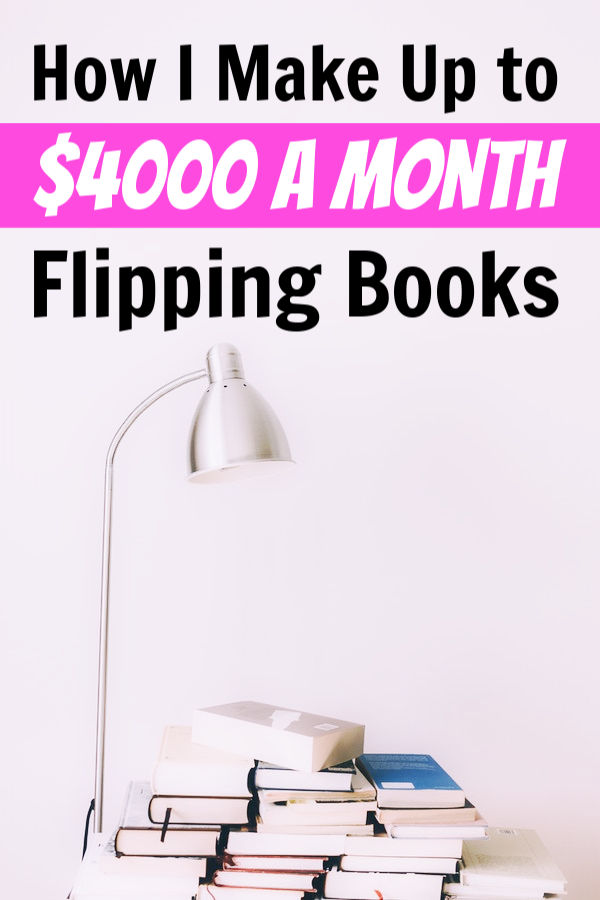 16 thoughts on “Flipping Books for Profit: How to Make $4000 a Month Selling Used Books”