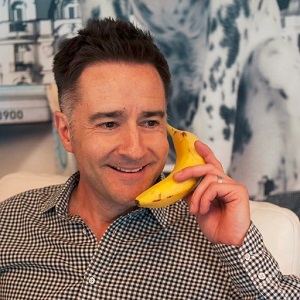 Are you willing to fail?

Let that be your new mantra. It’s the only way to get up the courage to get started.

What started with a $1000 investment (Brian’s life’s savings at the time) has turned into a home services empire that does $1 million in sales on any given day.

His portfolio now includes house painting, moving services, and home detailing–all under the umbrella of Ordinary 2 Exceptional Brands. He’s formulated some unique and effective ways to build teams of passionate employees that share his goals and has leveraged the franchise model to grow his businesses and revenue from $0 to $444 million and beyond.

Tune in to hear how Brian started the junk hauling business as a soon-to-be college student, his thoughts on marketing and hiring, and how you can apply nearly 30 years of his own successes and failures to your business.

Where’d the Idea for a Junk Hauling Business Come From?

“I was trying to find a way to pay for college,” Brian told me.

But instead of taking on odd jobs, he saw a beat up old pickup truck full of junk while in a McDonald’s drive-thru and thought, “there’s my ticket!”

Brian withdrew his entire life savings of $1000 to start the business. He spent $700 buying the truck, and the other $300 on fliers and business cards.

With that, “The Rubbish Boys” was born–even though it was just him.

How Did You Land Your First Customers?

Brian started out driving around looking for piles of junk or just knocking on doors, asking the owners if they needed anything taken away for a fee.

“That wasn’t scalable,” he explained. “That wasn’t something that would give me a big boost in revenue very quickly.”

His girlfriend at the time suggested he pitch the press on his story about creating his own job in a tight job market. So, Brian picked up the phone and talked to a reporter from one of the largest newspapers in Vancouver.

The next day he was interviewed, and the following day his story was featured on the front page of the paper. There was a picture of his truck with his phone number, 738-JUNK, painted in giant letters and numbers on the side.

“That’s when I knew the power of free press,” Brian said.

Now, that was 30 years ago and the media landscape has changed a lot, but Brian says that getting your story out there is still one of the most powerful marketing tools today.

In fact, after reading Brian’s new book, WTF: Willing to Fail, I understand why he reached out to me. 1-800-GOT-JUNK is a company built on PR — and podcasts are a new media frontier to conquest.

It’s something Brian and his team have continued to do throughout the years. One of his biggest hits was landing a spot on The Oprah Winfrey Show and having 35 million people hear him talk about his business.

Interestingly, at the time of the news article, Brian was charging $130 for a pickup truck load, but the newspaper listed their price at $138 per load.

Brian figured he should stick to that price to save confusion, and it was a small increase anyway. Nobody questioned the price, so it worked out for the better.

This prompted Brian to slowly raise his prices, saying, “We were the best out there, so let’s charge more than the competition.”

This is because service requires the right people, and you get what you pay for. By offering the best junk removal service in the area, Brian was confident that raising his prices wouldn’t affect the number of customers he was attracting.

What Do You Do with the Junk?

Brian’s business ethos is to be environmentally conscious where possible and said that 61% of the junk they take away gets reused, donated, or recycled. Which means it’s being diverted from going into landfills which is great for the environment.

They do this by choosing to take the junk to transfer stations to be sorted through and recycled, reused, and donated.

Related: How to Scrap Metal for Money

1-800-GOT-JUNK profits on the margin between what they charge the customer to cart it away, and what it costs them to dispose of with their transfer partners.

I’d always figured there’d be an angle to re-sell some of the items for a profit, but Brian said that some franchisees had tried it with very limited success. It’s simply too time-consuming.

Related: How to get free inventory to flip by picking up bed-in-a-box mattress returns.

What Competitor Analysis Did You Do?

Brian said he really didn’t overthink it when he started his business, and that’s something he always preaches to other entrepreneurs starting businesses. He said it’s more important that you make the necessary tweaks and changes within your business as it grows, and don’t get stuck overthinking things.

If you see a business out there doing well, why not start your own business doing a similar thing–but do it better.

An example of this is Airbnb. They started out renting air mattresses in Denver, and are now the largest hotel chain in the world–but don’t own any hotels.

If they didn’t start with those air mattresses, they wouldn’t have got to the point they are at today.

Dropping out of College to be a Full-Time Junk Man?

Brian was 3 years into college when he decided to drop out and focus on his junk collection business full-time. He was doing around $100k in revenue a year at that time–a pretty serious college side hustle!

He sat his dad down and told him, “I’ve got some good news! I’m dropping out of college to peruse this business full-time.” His dad wasn’t thrilled, but understood Brian’s perspective of wanting to learn business by running a business.

About five years into the business, Brian had built the business to around $500,000 a year. He had 5 trucks and 11 employees.

That’s when he fired everyone.

He apologized, saying he’d let them down as a leader. They weren’t the people he envisioned for the future of the business. He wasn’t having fun.

He went back to just driving a truck himself and spent 3-6 months rebuilding his business. It changed the way he hired going forward.

“A company or a brand is only as strong as your weakest employee,” Brian explained. “So why not hire rock stars?”

He started hiring people that were more like friends, shared his vision of the growth and direction he wanted to take his business, and said he built a special culture that people wanted to be part of.

Brian shared an interviewing technique he called, “The Beer and BBQ Test.” When interviewing people, he asks himself if he could see himself having a beer with the person.

He also looks at their personality and considers how they’d fit in at the company BBQ. Would they fit in with the “tribe?”

Hire on attitude first, and train on specific skills later, he recommended.

The first 1-800-GOT-JUNK franchisees were college students working through their summers. Brian had 15 franchisees testing this model.

The problem was that it was seasonal. The summers weren’t long enough to truly get the business off the ground and make the model worthwhile for Brian and his team.

He started looking at more traditional franchise models. The first franchisee under this model actually did more than a million in revenue in his first year, and Brian ended up working with him to find out how he could build a better franchise program and help others see similar success.

Franchising is something that’s helped grow his business exponentially.

Today, 1-800-GOT-JUNK will do $370 million in revenue this year, and all of his brands combined will turn over more than $444 million.

What’s Next for Brian and the O2E Crew?

Plans for the future are to continue growing all of these businesses. Brian said there is “nothing next in turns of any specifics, it’s just the spirit of building great things with great people.”

Brian’s #1 Tip for Side Hustle Nation:

“Come up with your painted picture vision of where you’re going.” 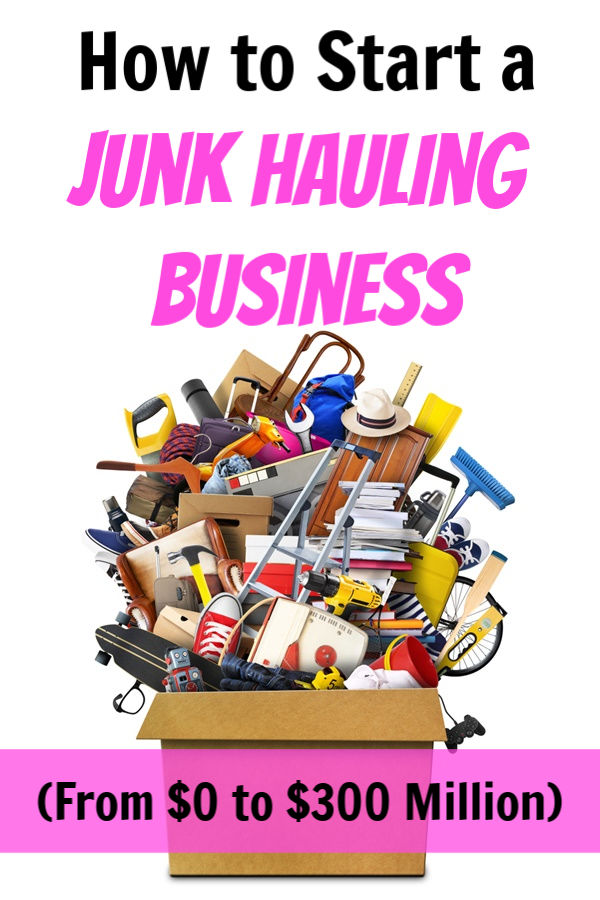