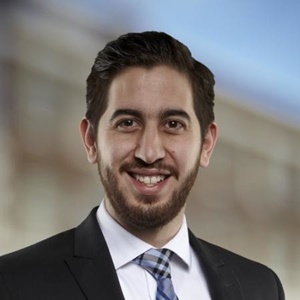 Roberto Chavez started his raw land flipping side hustle a little over a year ago, and with persistence, has already built it into 5-figures of monthly revenue.

This is a business model that was first introduced to me by Mark Podolsky, from TheLandGeek.com, in episode 108 of The Side Hustle Show.

He called it “the best passive income model” because it avoids “the 3 T’s” of traditional real estate investing: tenants, toilets, and termites.

How the model works is you:

This is where the passive income comes in as you collect monthly payments for a period of 3-7 years, or whatever terms you agree on.

Where the persistence comes in, is the initial seller outreach. It’s very much a numbers game, as you’ll hear Roberto explain. I think that’s what separates those who have success in it from those who don’t.

Tune in to learn how Roberto finds parcels to buy for 25 cents on the dollar, how he figures out how much to offer, the due diligence that goes into these deals, and how he re-sells them for profit.

Note: Roberto is actually a student of Mark’s. When I told Mark we were recording this episode, he offered his Land Investing Launch Kit (normally $97) free for Side Hustle Show listeners. I’m also an affiliate for his paid program; use code “sidehustle” for $500 off.

How Do You Find Land to Flip?

The parcels of land Roberto buys are not usually listed for sale. Instead, he ends up making unsolicited offers on the properties after finding areas and owners that may be interested in selling.

The first step, Roberto said, is to look where other land investors are selling land and focus on these areas.

There are a few websites that can help you do this, including:

Once you find an area with movement (people buying and selling land), the next step is to reach out to the county and start doing some due diligence.

Some of the key things you’ll need to find out are:

Some counties have a lot of information on their websites to get started with, but Roberto said in most cases he gives them a call or sends a letter asking how to get their delinquent tax roll list and how much it’s going to cost.

He said you can expect to pay anywhere between $70-$300, and you’ll usually be emailed an Excel spreadsheet to work with.

The “low hanging fruit” on the list are raw land properties where the owner owes back taxes, and their mailing address is in a different state.

“The theory is it’s more likely that those people are willing to sell their property than somebody who doesn’t owe back taxes and lives in the same county where the property is located,” Roberto explained.

Once Roberto has a list of properties, he prices them up so he can send an offer to the owner and get a conversation started.

He does this by looking at how much similarly-sized properties are selling for and offers a quarter of that price. For example, if a 5-acre property is selling for $10,000 in that county, he’ll send an offer of $2,500 to the owner.

Roberto acknowledges this is a low offer. “It’s a conversation starter more than anything,” he said. He sends out more than 600 offer letters a month and gets a response rate of 1-3% with people interested in discussing the offer, making counter offers, and opening up dialogue to work out a deal.

From that 1-3% of people who get back to Roberto said he closes on at least half of them. So, for a 600-letter mailshot that’s about 6-10 purchases that go through.

As far as the wording for the offer letter goes, Roberto said he just sends a 1-sided letter with a basic outline of:

“Hey, I’m a land investor…if you’re interested in selling your land we’d like to offer you x amount for this [property ID] of x acres.”

Due Diligence on Raw Land

Roberto pointed out that his offers are contingent on him doing some due diligence.

First, he finds out the exact amount of back taxes and if the sum is significant, deducts this from his offer. Sometimes the seller will contest this, and he may negotiate on the amount he’s willing to deduct.

He also verifies the person he’s speaking to has the authority to sell the property, which can either be done by seeing the property deeds from the seller or through the county.

Roberto then takes a good look at where the property is located. If it’s near a town center he can expect to pay a little more than a property in the middle of nowhere for example, and he checks there is easy access to the property.

Other things to check include:

All of these things change how much he will pay for the property and market it when flipping it.

I asked if he ever goes out to see the properties he’s buying, and he told me that 95% of his raw land purchases have been sight unseen. It’s almost like trading paper, in a sense.

Occasionally he’ll hire someone close to the property from Craigslist to go and take pictures to help when he’s selling it, but that’s as close as he gets to most of his purchases.

Why Are People Selling Land for Less Than Market Value?

If property owners owe back taxes, a quick cash offer can be appealing. Roberto points out to them that they can have the money in as little as 3 days if they work out a deal.

It’s also a much quicker and easier way for the landowner to sell than going through property websites and doing a lot of the work themselves. “It’s an easy, fast way for people to get rid of land they’re not interested in holding anymore,” Roberto said.

This is a side hustle that requires some upfront capital to buy these property parcels, and interestingly you’re not typically making a quick cash flip.

Most deals are on an owner carry agreement, meaning your buyer will be making monthly payments over the next 3-5 years. That’s something to keep in mind when raising or tying up capital in land deals.

When it comes to marketing properties for sale, Roberto said the land sale sites like Lands of America, Land Watch, and Land Modo are great as people are already browsing these for properties, but he’s seen much better success using Facebook and Craigslist.

Roberto puts a listing on Craigslist and waits for people who are interested to email him.

On Facebook, he finds all the buy/sell groups for the city/county where he’s selling a property and adds listings to as many of them as he can find. I thought it was a creative way to make money on Facebook!

In his sales copy, he points out that for a small low down payment of $250 or less and for a low monthly payment of $199, the buyer can become a landowner. That’s usually compelling enough to start getting inquiries.

The Logistics of Managing Dozens of Land Flipping Deals

This is what Roberto calls, “the hardest part of the business.” Roberto still works a full-time job, he’s sending out 600 offers a month, and balancing the purchase and sale of those deals.

He’s recently taken on a virtual assistant to help manage the buying side, so he can spend more time on flipping his inventory.

He has also automated some of the processes in his business. For instance, he recommended GeekPay as a tool to collect the monthly payments on land he’s sold, which saves him from chasing checks every month.

Roberto has also started using Pipedrive to help keep things organized. Pipedrive is a sales tracking tool and helps by setting reminders to reach out to people you haven’t heard back from, streamlining workflows, and lots more.

When Roberto started this land investing side hustle at the end of 2017, he did a couple of cash flips. Those injected some quick profits into his business, and used that capital to finance other land purchases.

He’s now at the point where his monthly revenue is enough to finance his other purchases. He’s not taking cash off the table yet, but instead re-investing it into systems, his team, and of course, more land.

When I asked him what his worst deal was, Roberto said it was a deal where he only “doubled his money on terms.” The key is buying at a steep enough discount.

If this sounds like a lot of upfront work, it is. But there are a few ways to invest in land–and real estate–a little more passively.

Here are a few options to consider:

Be sure to check out our full list of alternative investments for more.

Roberto can see this side hustle becoming a full-time job in the future. “I love the passive income aspect of it,” Roberto said.

He’s currently putting in 20-30 hours a week, and is working on adding more help to his team.

If you want to learn more about Roberto and his business, he was kind enough to give out his personal email and said he’d be happy to talk with any of the Side Hustle Nation listeners about land investing. You can contact him at rchavezacosta [at] gmail [dot] com.

Be sure to grab your free copy of Mark “The Land Geek” Podolsky’s Land Investing Launch Kit (normally $97). I’m also an affiliate for his paid program; use code “sidehustle” for $500 off.

Note: A Side Hustle Show listener / land flipper put together a training course of his own that might be worth checking out.

If you liked this episode, I recommend checking out these 3 as well:

Roberto’s #1 Tip for Side Hustle Nation 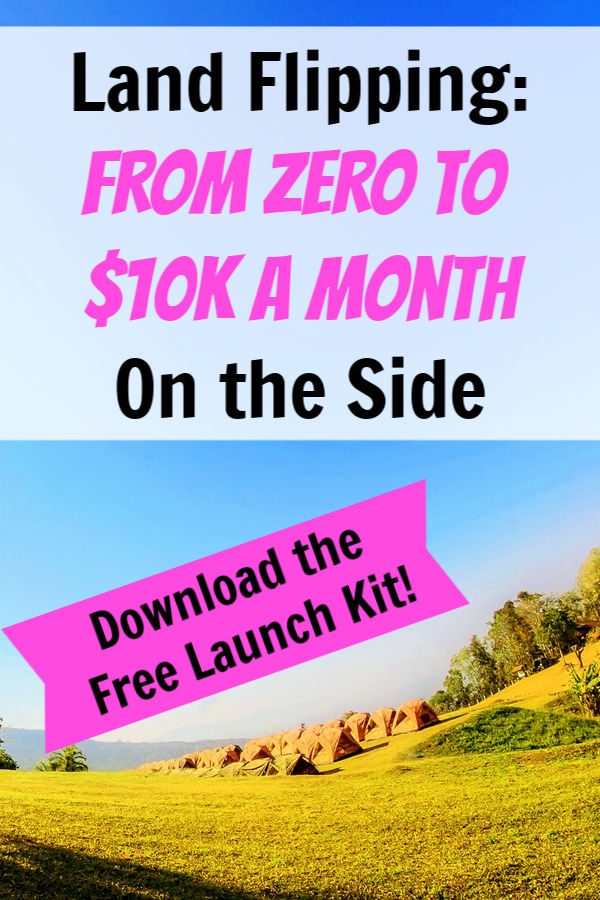