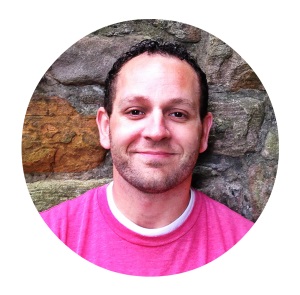 Get out of your own way!

Has your side hustle or business turned into just another job? If that’s the case, you’re definitely not alone… and the good news is, there is a way out!

To help me work through the 6 Rules of Scale, I invited Sean Marshall from FamilyRocketship.com back to the program.

We last heard from Sean way back in episode 92 in early 2015. I think he’s someone worth paying attention to because he’s set up his business (an online marketing agency) in such a way that the day-to-day operations don’t require much of his direct involvement at all.

On the surface, his is a remote marketing business, but Sean has avoided the common freelancing trap (or ceiling) of trading his own time for money.

In doing so, that affords him and his family a pretty cool lifestyle. Last time we caught up they were living in Cozumel Mexico, and today, he and his wife and 3 daughters are spending several months in Scotland.

2 Questions to Think About Before Scaling

Before we dive into the 6 Rules with Sean, he proposed two questions to ponder as pre-requisites:

So those are 2 questions to keep in mind as we go through this episode.

The 6 Rules of Scale

1. Find a Model / Mentor Doing What You Want to Be Doing

Sean says that once you decide how big you want your business to be, the you can get to work finding a mentor, business, or model already doing what you want to be doing.

Then you can start to emulate what they’re doing. One of the best ways is to start by working backwards and reverse engineering their processes.

This was how Sean made the jump from working a full-time job to running his own business. He came across a course about how to start a social media agency, and realized he could apply this to starting his own online marketing agency.

He said he made a lot of mistakes in the first year. It was after reading a couple of books; The E Myth by Michael Gerber, and Built to Sell by John Warrillow, that he realized where he was going wrong.

He needed to get out of “Freelancer mode,” and get into “Business owner mode.” He needed to hire help, outsource, spend money to make money, and start to scale his business. Sean said from the moment he hired his first contractor, “Things skyrocketed from there.”

2. Have a Very Specific System for Every Aspect of Your Business

Sean used his friend, Conor, as an example for rule #2. Conor runs a roofing business and has a detailed operations manual for every operation in his business. It’s detailed down to telling his sales people exactly what to do and say when pitching a client, which is great for new employees.

Sean does something similar in his business. He uses Asana to manage all of his operations. So, for example, if a new client signs up they are added to Asana, tasks are generated, details sent out to his staff, and so on. “It’s like a living, breathing, operations manual,” Sean said.

If you go through this process in your own business, you can highlight everything you’re doing, and it will become obvious where you’re spending too much time and what you should be automating or outsourcing.

3. Set up a Sales System

“You also want to have an operations manual for your sales,” Sean said.

Sean says there are two main ways to sell your product or service:

Ads – Which have a monetary cost attached.

Marketing – Your time investment is the main cost.

Both work well for any type of business, although Sean said ads are typically quicker for product-based businesses.

He recommends writing down a detailed plan for how you’re going to approach each of these sales channels, and you’ll start to see your business grow when you implement them.

Sean put in most of his marketing efforts when he was growing his new business and those efforts are still paying off today with new referrals and leads coming in all the time.

4. When Possible, Use Software Instead of Humans

“Software will never call in sick, and it’ll work 99% of the time – automation is always better,” Sean said.

Streamline as many things in your business using software and tools that automate tasks and processes before you start delegating to humans.

Some of the software Sean can’t live without include:

5. When Possible, Contract Instead of Hiring

Sean said that if you still need humans after utilizing tools as outlined in #4, opt for a contract over hiring staff. What Sean means by this is using agencies and services instead of hiring a dedicated team member in-house.

Agencies specialize in what they do. There is less teaching and explaining on your part, you don’t need to manage anyone, they will do more work in the same time, and you can pay for the time/level of service you need.

The downside is that it’s often more expensive. But Sean said it should work out to be economically feasible when you take into account all the upsides and time saved in particular.

6. Hire / Contract One Person to Begin with; Grow an Entire Team if Necessary

When you’ve automated as much of your workflow as possible and contracted out other areas of your business, you’ll need to start hiring team members to scale your business to the next level.

Sean said it made economic sense for him to hire online team members that could complete tasks faster, and at less of a cost than if he was doing the work himself.

He now has a team of around 10-12 strong. The majority are based in the Philippines, with one of his longest serving team members who is now working as a general manager, based in India. Rates are very competitive when hiring from these countries, but Sean said to be wary of the lowest cost hires, as “You get what you pay for.”

What’s Next for Sean?

Totally unrelated to his digital marketing business – Sean has been working on a novel called A Council of Angels. This will be “hitting the shelves” of the Kindle store in the near future.

He’s also vlogging and blogging on his personal blog FamilyRocketShip.com where you can see some of his families travel escapades.

Sean also sells his popular “Clone my Business” course (affiliate link; use code SIDEHUSTLE for 50% off!).

This is a step-by-step course to creating a successful online marketing agency just like his. 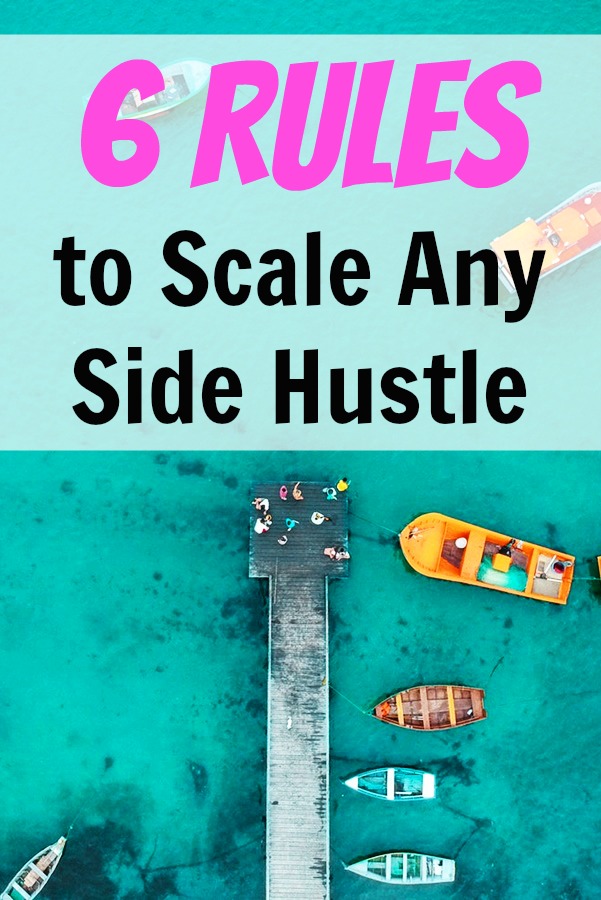 8 thoughts on “312: 6 Rules to Scale any Side Hustle: Get Out Of Your Own Way and Free Up Your Time”