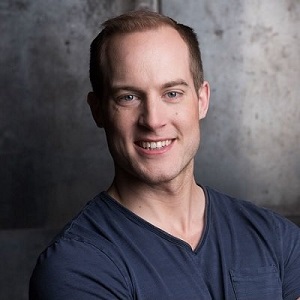 It’s not the only ingredient in our success recipe, but it’s a critical one — and one I certainly struggle with at times.

So how do we get more of it?

Derek Doepker of ExcuseProof.com is an expert when it comes to increasing willpower and strengthening this critical success muscle we all have.

He is the author of 7 bestselling books in personal development, a speaker, consultant, trainer, and specializes in helping individuals create permanent change and achieve mind, body, and business success in as little as 5 minutes a day.

In this episode, we walk through several powerful willpower strategies you can start with today.

Big thanks to my brother Chris for the inspiration for this one. Check out his excellent willpower article at BecomingBetter.org.

Related: 5 Ways to Be More Effective Every Day — in Just 5 Minutes

Derek says that our behaviors often stem from our identity. We all have identities and beliefs about ourselves, and it’s really hard to go against what these are.

For example, if you see yourself as someone who is driven, hard-working, and high achieving, and that’s part of your identity, then naturally your behaviors and going to tend to follow these characteristics.

This can also be a negative. Derek said he’s had to change some of his behaviors before. While in high school he would eat a lot of junk food, and there came a point when he knew he wanted to change this habit.

Who Do I Want to Be?

He started reading books on how junk food affects the body, tied this into why he was low on energy and breaking out in acne, and asked himself, “Who do I want to be?”

“I want to be a strong, fit, vibrant person,” Derek said. He knew that by changing his behavior he could work backwards to change his identity by affirming and doing things differently.

Basically, how could he start acting like that future self today?

He cut out eating junk food and started making these changes. As a result, his health improved, and this change in his behaviors helped him to become that image he had of himself.

For those struggling to make similar changes, Derek says to look at the short-term and long-term consequences of not making the change to motivate yourself.

“If I would have just said to myself, be a healthy person, I don’t think that would have been motivating,” Derek said. He recommended finding a strong “why” behind making the change you need make.

This is because “I can’t” is something that’s forced, rather than feeling like a decision.

2. Keep the Kryptonite Away

“Environment is stronger than willpower.”

The idea here is to make it so you don’t actually have to use your willpower as much — to set up your environment in such a way that positive decisions are the default.

But nobody operates in a vacuum. How do you get the buy-in from family/friends/stakeholders when making changes that are going to both affect those around you, and require the support of people around you?

The strategy here is to put on your salesperson hat and think of what’s in it for them. What mutual goals do you have?

Derek used the example of being an entrepreneur. If you’re on this journey to improve the lifestyle for yourself and our family, if they can see and share that goal they’ll be supportive.

This comes down to managing energy vs. managing time for Derek. “When do you have the most energy to handle those things?” he said.

He’s tried the Miracle Morning routine but doesn’t follow it now. Derek does keep to a 10-minute stretching and voice training routine each morning however.

Derek says there are two schools of thought. One is that willpower is a finite resource, and you can use all your willpower throughout the day. Or, if you believe you have infinite willpower, you will have.

From a practical standpoint, Derek adopts the mindset that he can tackle all the tasks he needs to but manages his mental energy while doing so.

“How can I set up my environment and life so that I’m not constantly fatigued having to make these little decisions, or use a lot of willpower and critical thinking,” Derek said. “Find that balance for you.”

From time-to-time we all talk ourselves into doing something tomorrow instead of today by telling ourselves it doesn’t make a difference to us.

Derek said he faces these decisions himself. He used the example that when he has martial arts training in the evenings and is laying on his bed relaxing after work he questions if he has the energy to go.

“Who do I become if I make a decision to be lazy or take the comfortable route,” Derek said. “It’s more important to me to go to that class in that moment just because it changes something about your identity and who you are.”

It’s who you become when you take those actions that show you have willpower. It shifts your identity and shows you can push through adversity.

This refers to your emotional state. There are times we are in a state of flow, and times when we just want to sit back and do nothing.

To be more productive Derek said we need to ask ourselves, “What can I do to change my state.”

For example, trying to go from sitting down watching Netflix to exercising is too large of a jump to be motivation enough. We need to find ways to change our state to get to the task we want to complete.

He also said that we shouldn’t make decisions until we’re in the right state. This ties into the above example, don’t make a decision on whether or not to exercise while sitting in a chair.

First, get up and do some light exercise then ask yourself if you want to carry on. You’re much more likely to make the decision to exercise once you’ve started.

The principle behind the 20-second rule is to work with your psychology, not against it. Make the things that are temptations hard to get to and make the things you want to do easy to access.

Derek used the example of recording videos. It would take him ages to set up everything to start recording videos, so he’d put it off. He invested in a different set up that was a lot quicker to ready up for recording and he was a lot more productive as a result.

Derek uses the, “Can I just…?” technique to help people overcome larger obstacles without them feeling overwhelming.

For example, if he wants to clean his whole apartment and it looks daunting he will ask himself, “Can I just clean my desk first?” then this will lead into another small cleaning task, and other, and eventually his whole apartment.

Or, he will ask himself if he can meditate for 30 seconds or a minute, then another minute, and keep adding small amounts until he’s meditated for 10 minutes or so.

Derek said this technique is especially powerful for entrepreneurs as one of the biggest challenges they face is the perfectionist trap.

Related: This is one habit I’ve baked into The Progress Journal, my personal productivity tool.

8. Challenge Yourself and Set Deadlines

Could you give yourself a challenge to change a habit for 30 days? Could you sign-up for a 10k race in 2 months?

“I personally love challenges and deadlines,” Derek said. Derek has found with a lot of his clients that the right kind of deadline makes a huge difference to their willpower to get something done.

Don’t just rely on external deadlines, set yourself your own deadlines. Make them public if applicable to give you that extra accountability too.

In the weight loss arena, one interesting service literally has you put your money where your mouth is. HealthyWage will actually pay you if you meet your weight loss goals in the defined period of time. Here’s my full HealthyWage review.

There are two main reasons why Derek sees some of his clients experiencing failure;

The first is failing to have a reminder to prompt you to take action. This may mean scheduling things, setting reminders, or leaving a certain item out where you’re going to see it and remember to do something.

The second failure point is a 3-part process Derek calls, “Cue, routine, reward.” Don’t forget to give yourself credit for what you’re doing and own your wins to keep you motivated. 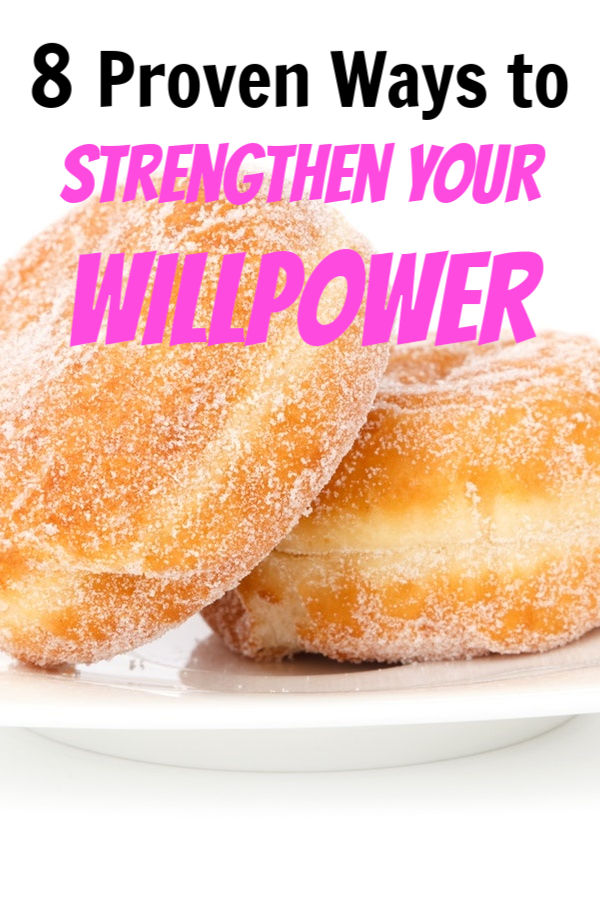