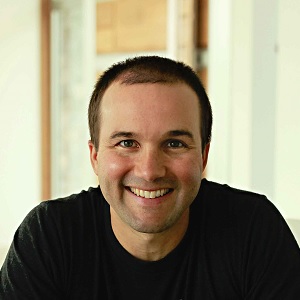 Speedos, systems, and niche strategy — this episode has it all.

John Lee Dumas dropped by to share some insights from 2000+ interviews with successful entrepreneurs.

(Turns out, I have an informal tradition of hosting John every 4 years. In 2013 we chatted podcasting and monetization, and in 2017 we dove into productivity, discipline, and focus.)

His latest project is a book: The Common Path to Uncommon Success: A Roadmap to Financial Freedom and Fulfillment.

Inside, he unpacks a 17-step guide to business success — based on his own experience in building Entrepreneurs on Fire into a 7-figure operation and lessons learned from his thousands of interviews.

How Do You Get Started With a Big Idea?

The first step in the 17 steps to uncommon success John outlines in his book is coming up with a big idea.

John defines this as ‘‘Where passion and expertise intersect.’’

“So many people are literally going to die without ever having identified their big idea, and it’s really sad,” John told me.

John explained that a common piece of advice he often hears is, “follow your passion.” But added that it’s often a terrible piece of advice unless you have some value to go with it.

Otherwise, it’s just a hobby you’re pursuing – not a business.

He also added that people are not going to care that much (at least not as much as you) unless you’re providing a solution to their problems or some value that affects them.

To come up with your big idea, John said you should ask yourself:

Then, you need to brainstorm a way you can combine the skills you have, with something you’re passionate about.

This is how you come up with an idea that will make you happy, and other people will take notice of.

It’s exactly the process John used to come up with the idea for his podcast, Entrepreneur on Fire. John enjoyed having interesting conversations with people and knew he could provide value to the world by recording them.

It was that simple.

Is There Such a Thing as Being Too Niche?

“It is impossible–and I mean impossible–to be too niche,” John told me.

John said too many people try to go broad because they’re scared of going too narrow. When in fact, most people win by being hyper-focused and solving a specific problem.

For example, we recently heard from Jordan Berry on the surprising popularity of his laundromat podcast.

You also reduce the number of competitors by going niche. If being the only person talking about something very niche is how you become the best at that one thing, John said you should be fine with that.

Where can you be the best / worst / only player?

I’ve applied the same strategy in some of my previous businesses:

Starting Today, What Channel Would You Use?

In The Common Path, one of the core messages is consistently creating content for your “avatar”, which means your target customer.

When I asked John which channel he would use if he started today, like YouTube, podcasting, blogging etc., he told me, “I like the channel where my avatar is going to be.”

John explained that it’s important you put yourself where your ideal customers are, not where you think you should be.

Right now, as an example, John said he’s really enjoying Clubhouse. This is a new social media platform where you can drop in on audio conversations happening live.

He’s finding great value in dropping in on conversations between people in his niche and topics he’s interested in.

How Long Do You Wait To See Traction?

If you’ve been creating content for a long time and you’re not seeing any real traction, “You are not providing the best solution to a real problem,” John explained.

Because if you were, you would be getting traction.

John said he’s lost and failed multiple times because he’s made this exact mistake. He made something he thought his audience wanted on a number of occasions, but was wrong.

It was only when John asked his audience what they wanted and what their problems were, that he started really delivering on what they needed.

Whenever he’s created something off the back of asking his audience what they want, it’s always worked.

This is what John attributes the success of his podcasting course, Podcasters’ Paradise to. He was getting the same questions over and over about how to start, grow, and monetize a podcast.

So, he created a course.

Podcasters’ Paradise has been a huge success. He currently has more than 6,000 members and has turned over more than $7,000,000 in revenue in the past 8 years.

The Best Way To Find Out What Your Audience Wants: 4 Questions to Ask

John’s answer to this question was an interesting one. He doesn’t send out an annual survey or add some questions into his email autoresponder series to communicate with his audience.

John said, “I do things that don’t scale.”

What he means by this is that he reaches out to people individually who make contact with him, and asks them a series of questions.

He even jumps on a Skype call with them if he can, as he prefers to talk in person and hear their answers in their own voice.

John used to do five of these every week. These days, he still does five of these a month. The questions he typically asks a member of his audience are:

Don’t do anything hasty over one response if you do this yourself. If a theme develops, however, and you start to see the same comments from several people, that is the direction you need to go in.

Creating Systems in Your Business

“So many people are just reinventing the wheel,” John explained.

John said that one of the main reasons someone “fades” or doesn’t get the traction they’re after is because they keep trying to reinvent the wheel.

John knew from day one that it was important to set some systems in place to be efficient when creating content. He really didn’t have a choice–he committed to publishing a podcast episode every day from the start.

Every time John did something that he could outsource or automate, he would create a video tutorial and outsource it or use a tool to automate it.

He kept doing this until the only thing he was doing was, the “thing”, which was talking into the microphone interviewing people.

“You Only Need To Be Right Once”

Another quote that stood out to me in John’s book was “You only need to be right once.”

You don’t need to be an idea machine coming up with new ideas all the time and jumping from one thing to the next.

John is the perfect example of this, he said he’s only really had one great idea in his life, and that was Entrepreneur on Fire.

It was from the audience he built with EoFire that he was able to come up with other ideas from the feedback he received from his audience.

John is quick to say that not every idea he’s had has been a success. But he has created 4 multi-million dollar revenue streams out of his wins, so any failures are eclipsed by these successes.

John’s #1 Tip for Side Hustle Nation

For those wondering how John’s tips have changed over the 4-year intervals, here are his previous tips: