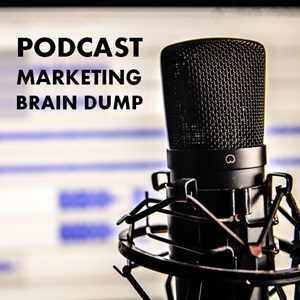 The Side Hustle Show just hit 200 episodes and  1.9 million lifetime downloads. It’s all pretty crazy for what started as a little side project experiment in 2013 with a $50 mic from my living room.

(Yes, I’m still using the same mic, though Amazon has raised the price a bit.)

Podcasting is an incredibly powerful medium and it’s honestly been life-changing for me.

I wish I could give you a definitive answer on how to grow a podcast but the truth is I don’t know. I think there’s a combination of factors at play, and I’ll do my best to outline those in this post.

How do people discover new shows?

Some search in iTunes by keyword or category.

Some people will find you through social media or SEO.

But I think an overlooked factor is good old fashioned word of mouth.

(Seriously, even if you’re not a baseball fan, you’ll laugh your face off listening to that last one.)

So outside of the iTunes optimization and social media strategies, here are a few “best practices” I think contribute to the most powerful marketing engine of all: word of mouth referrals.

I definitely did NOT do all of these at the beginning, which is one reason I’m embarrassed by the first several dozen episodes. But like anything, it’s a learning process and I’d like to think I’ve improved as a host and interviewer over the years.

Above all else, consistency…

Commit to a consistent production schedule and stick to it. The Side Hustle Show comes out every Thursday rain or shine, and I don’t think I’ve missed a week since Christmas 2013. 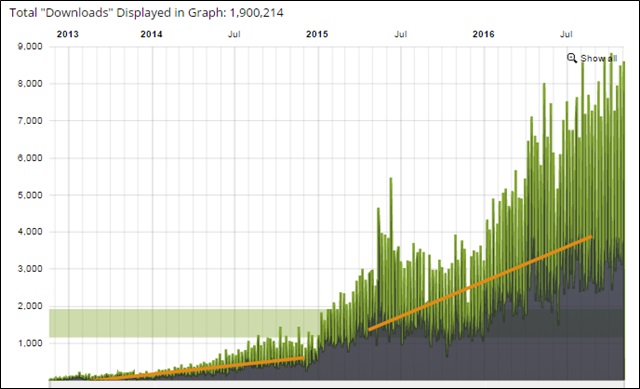 On top of the publishing consistency, there’s also consistency in format and structure. I believe this helps breed familiarity and comfort among listeners.

This isn’t anything new. In fact, it’s just taking a page out of radio’s playbook. I remember listening to 107.7 The End in Seattle every morning in high school, and looking forward to recurring segments like their daily trivia quiz, Beat the Producer.

Some elements of structural consistency in The Side Hustle Show include:

…but change it up every now and then

Consistency is important, but variety is the spice of life, right? Even the amazingly consistent John Lee Dumas changes it up every now and then.

I attempt to do this with my solo shows, Q&A episodes, the public coaching series, and most recently with the productivity roundtable.

Start a Podcast that Gets Results

My buddy Pete from DoYouEvenBlog.com has put together a fantastic free training on how to start a podcast that grows your business.

Check it out to learn:

Get to the point

Tell people what’s in it for them, and do it quickly. Within the first 2 minutes of the show, I attempt to:

I went through a phase where I did very little editing. As I began to listen to more tightly edited shows, I realized I was missing the boat big time. It’s a completely different listening experience.

Now I have an editing service (PodcastFastTrack.com) that takes the first pass at editing and I go through and do a final cut before releasing the episode. Basically I’m looking to make my guest sound amazing and bring as much useful and relevant information forward as possible.

Listen to other shows

It was from listening to other shows like Tropical MBA and Serial that I realized I needed to step up my production.

You’ll also begin to notice what you like and dislike about other shows. You’ll find yourself playing armchair quarterback and thinking about what follow-up questions you would have asked. Tim Ferriss has turned into a great interviewer because he presses guests for the details. 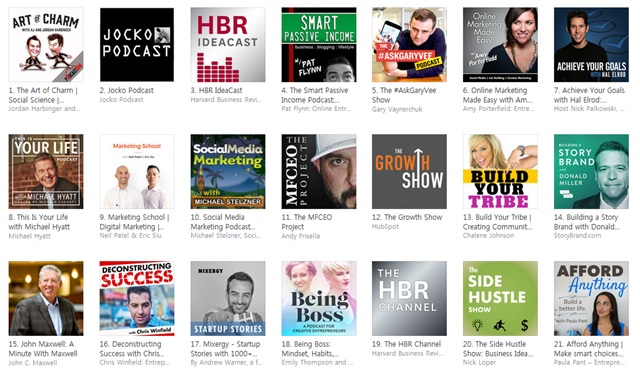 I think it’s a good idea both to listen to shows in your niche (to hear what else is in your audience’s earbuds) and unrelated shows as well. You’ll get good ideas from both.

It’s about the listener!

I try to keep that in mind when sourcing guests, outlining the show, recording, and editing. Be respectful of their time and intelligence.

There’s no such thing as too long; only too boring.

Hat tip to Joe Saul-Sehy from Stacking Benjamins for that one. When I hear hosts say they’re running long and abruptly cut off a call in an attempt to hit some arbitrary length target, I cringe a little.

If I’ve stuck with your for 45 minutes, another 10 or 15 or 45 isn’t going to be a dealbreaker. If I’m interested in what you’re saying, I’ll keep listening.

The exception to that rule is when you’re starting out. The length of the show is definitely a decision factor for new listeners trying you out and I believe shorter episodes tend to see more downloads.

When in doubt, script it

I still script probably 90% of what I say on the show (not counting the interviews). In the end it saves me time from having to do multiple re-takes if I don’t like how something sounds, and reduces the rambling.

There’s a reason all the top-rated TV shows and even the best performing narrative podcasts are scripted: it’s a better listener experience and makes for a tighter story. At the very least, it’s better than me stuttering through an intro.

Be an audio snob … but not too much

Insist on quality audio from your guests. Even my favorite shows will sometimes have people on with horrible audio; background noise or static. I tune out almost immediately and imagine many others do to, so I strive for good audio.

After all, it’s an audio-only medium! It’s all you’ve got.

Now you can take this to extremes as well, and I’m by no means an advanced audio engineer. I still do all my editing in the free Audacity software and really have only scratched the surface of what it’s capable of in terms of leveling, limiting, noise reduction, and other features.

The Side Hustle Show has become my art. It’s a creative outlet and something I absolutely love doing. I probably don’t have my 10,000 hours yet, but I’m getting there and feel like I’m getting better each week. 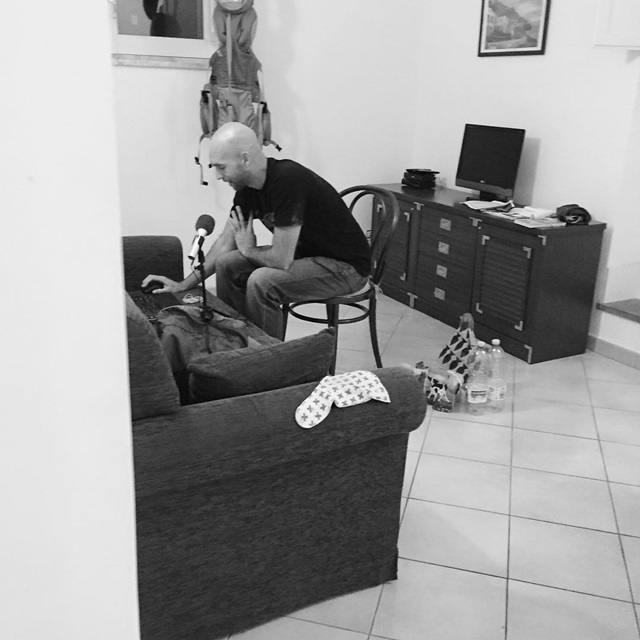 The artist at work … recording the intro and outro for an episode from our Airbnb in Amalfi, Italy.

By all means, incorporate elements you like from other shows, but make them your own. I once had a new podcast host send me some pre-interview questions that were literally copied and pasted from EOFire. Why is anyone going to listen to you when they could just listen to the original?

I’ve only lost one recording so far, but it was a pretty sucky feeling.

Actually, you don’t need guests at all, but the interview format worked for me (introverted Nick is always happy to let someone else do the talking).

But if you do run an interview show, you might be attempted to reach out the “big names.” You don’t need them. I can tell you the most popular episodes in the history of the show aren’t with the most famous people I’ve had on, but are with the people who had the most interesting, compelling, or actionable stories.

Don’t expect (or rely on) your guests to share

Especially if you target “famous” guests, expecting your guests to share the episode with their audience can set yourself up for a big disappointment. Why? It’s not a “good” share for them. Their audience probably already knows their story!

What I mean by that is put some effort behind your episode titles. You only have a few characters visible in iTunes and other podcatcher apps to convince someone to download.

In most cases, that means NOT titling your My Awesome Podcast episode something like “MAP 036 – Nick Loper”.

Instead, give it a title that reflects what you talked about and what the audience can learn by tuning in.

Note: I recently went back through and added episode numbers to my titles in response to listener feedback that it would make it easier to find the one they’re looking for in the archives.

While iTunes is certainly the largest podcast directory, it’s not the only game in town. Android devices have a 50% market share. How are you reaching those listeners?

Here’s a cool directory of podcast directories where you can submit your show, and I’ve also had some success in syndicating to YouTube via a free tool called TunesToTube.com.

Most of the videos don’t get much action but some have tens of thousands of views! 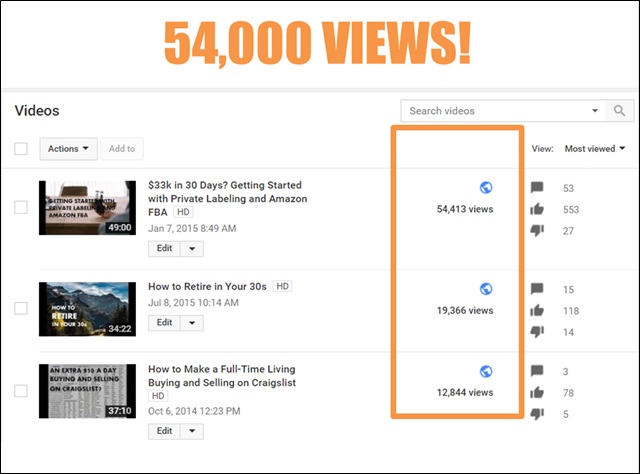 Pay attention to the topics that perform best

What types of episodes are your audience most interested in? Which episodes were duds?

In the Side Hustle Show archives, I can tell you the more universal or accessible the topic, the better it tends to perform. That, and anything Amazon FBA-related is hot.

On the flip side, the coaching, public speaking, and software-related episodes I’ve done haven’t performed as well.

It’s OK to scrap an episode

There have been several interviews I’ve recorded that never made it off the editing room floor. Most of the time, it was my bad for not having a clear enough outline or direction for the call.

Yes, it’s a little awkward … but better to be awkward between two people than thousands.

Repeat after me: Your podcast is NOT a business

The most important moment for The Side Hustle Show didn’t happen when I hit #1 in New and Noteworthy, when I landed some big name guest, when I was nominated for Best Business Podcast in 2015 or 2016, or when I landed my first sponsor.

The most important moment for The Side Hustle Show happened in episode 64 with Scott Britton, when I finally realized the podcast was NOT a business; but rather was content marketing.

From that point on, I made a conscious effort that the primary goal of the show — outside of providing awesome actionable content — was to turn listeners into email subscribers.

I did that by creating an episode-specific lead magnet for each show. Time consuming? Absolutely. But 1000% worth it.

My aim is to convert strangers into listeners, listeners into subscribers, and subscribers into fans. 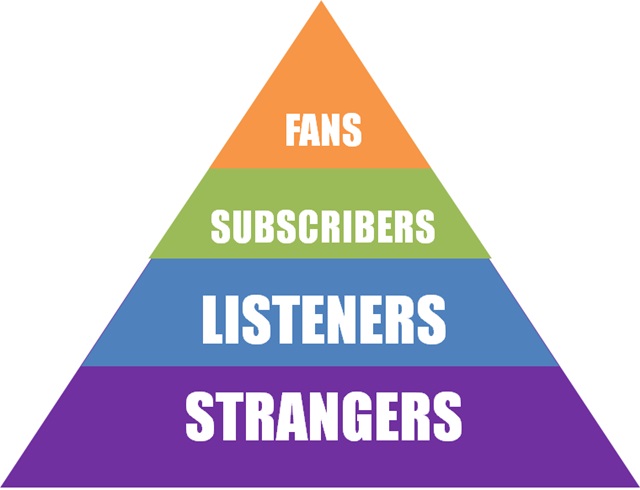 What would you add to this list? Any other podcast production or marketing best practices I’m missing the boat on?

As always, I aim to practice this craft and get better each week. Let me know in the comments below! 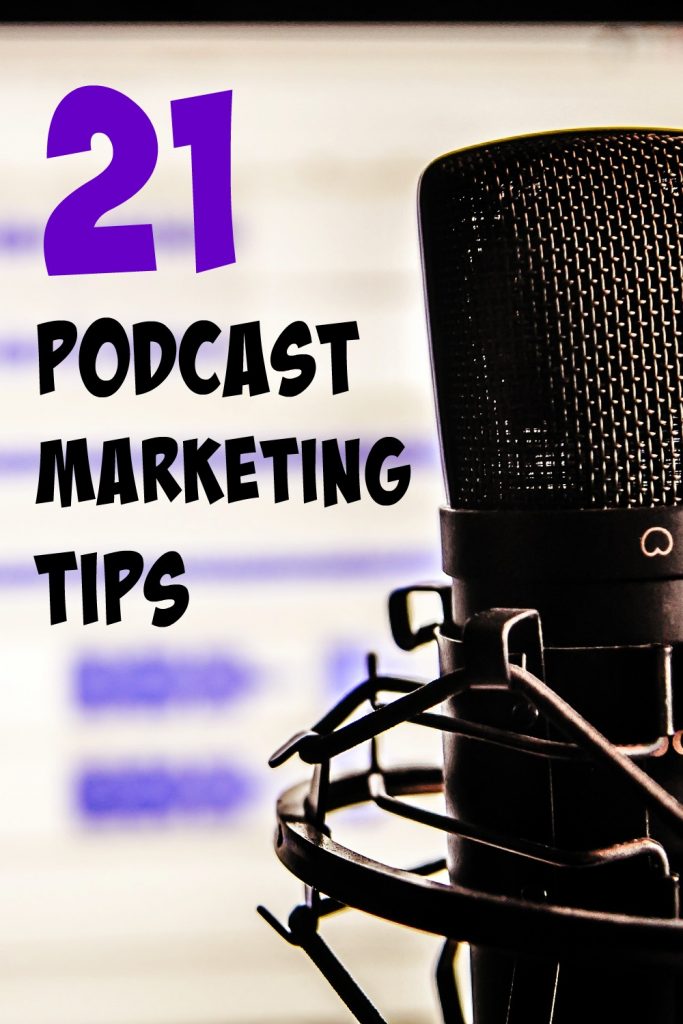