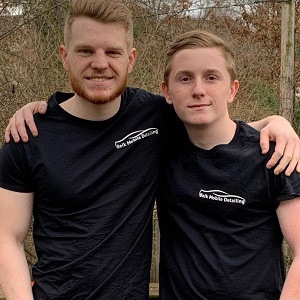 Josh Belk is a full-time college student, he works full-time in web design, and in what little spare time, he’s started a $6,000 a month mobile detailing business with his younger brother.

This idea came about when Josh connected the dots between obsession and opportunity.

On the obsession side, Josh would always see his brother out in the driveway cleaning his car.

On the opportunity side, he received an email about business ideas anyone could start, and mobile car washing was one of them.

He asked his brother if he wanted to team up to see if they could make some money cleaning cars — and with that, Belk Mobile Detailing was born.

Tune in to hear to the full podcast episode to hear how the pair: 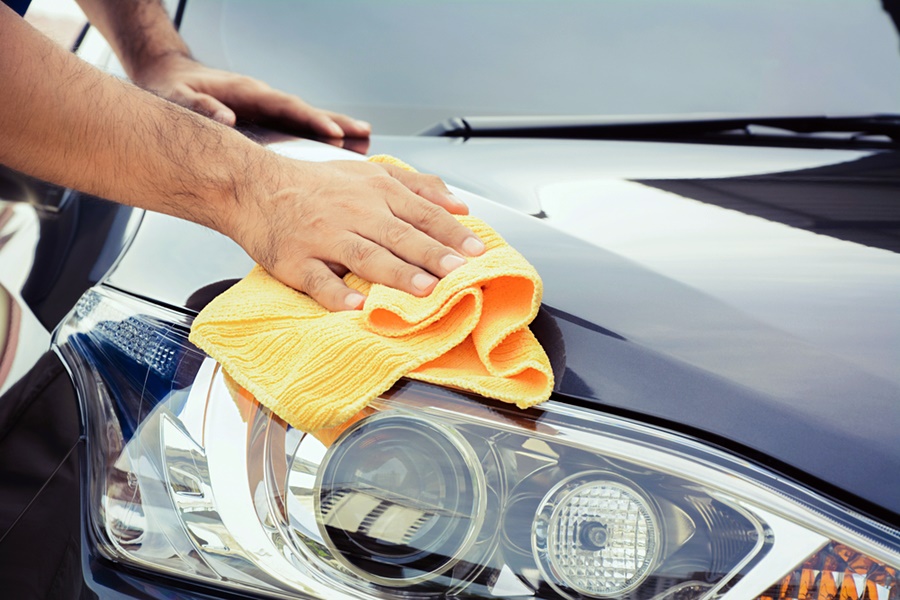 How to Get Your First Mobile Detailing Customers

“Friends and family is key,” Josh told me when talking about starting out.

Their mom was very supportive and involved when they first started their business. She sent out text messages to her friends and family, and posted on Facebook about their new venture.

This resulted in a few paying customers, which was what the brothers needed to begin reaching more people.

“We used those people for great marketing materials, like before and after pictures, and to help establish some good first reviews,” Josh explained. “Reviews are everything in this business.”

While mobile detailing is a relatively low startup cost business, there are a few things that are really important to have.

All totaled up, Josh estimated spending $400-600 on equipment.

You may not need to incorporate your business, but it might make sense to get a business credit card to keep business expenses separate from your personal expenses.

You’ll also want some sort of general liability insurance to protect yourself against accidentally damaging a customer’s vehicle. Check out CoverWallet for competitive business insurance quotes.

“Most of the time, for our customers, it’s their first time having a detail done,” Josh told me.

Even though people are driving less today, they’re keeping their vehicles longer, which translates into more spending on care and maintenance.

Car wash and detailing is a highly localized industry. According to IBISWorld, it’s a $10 billion industry where no single company commands more than 5% market share nationally.

Josh said most of their individual first-time customers find them either through:

Josh also gets ongoing work from a local dealership. He likes this as it’s consistent, ongoing work, and they typically call him 3-4 times a week.

At that low rate, they actually questioned if it was even worth it. But Josh explained that it was only temporary since they needed to get some experience under their belts, reviews, and marketing photos.

Once they started seeing regular customers, Josh steadily raised their prices from $50 to $70, then $100, $120, and now their pricing looks like this:

These are in line with national averages, but Josh also explained those are starting rates. He tells every customer that they need to inspect their vehicle to provide an accurate quote.

Since some vehicles require a lot more time and work than others, the quote process also gives them the opportunity to talk to the customer through all their options.

At the end of the day, Josh said he aims for an effective rate of $40-50 an hour — not a bad way to make money in college!

How To Encourage Customer Reviews

While he called that business a failure, having lost around $3,000, the silver lining was he learned some important business lessons.

Among those was the importance of customer reviews, and making it as easy as possible for them to leave a review.

Before they even did their first job, Josh had links ready to go that would send the customer directly to a review page on either Facebook or Google.

Once the work is complete, he sends the customer the link and asks if they would take the time to leave a review.

Josh said he’s noticed the number of positive reviews on Google impacting their organic exposure. They currently get around 5-7 calls a week from organic Google traffic. A couple months ago, that number was zero.

I asked Josh if he was concerned about local competition before entering the mobile detailing market.

“There are a ton of other detailers,” Josh told me. But most car wash competitors either charged a lot more, or weren’t mobile.

A huge selling point for Belk is that they’ll come out and detail their customer’s cars at their home, place of work, or wherever else they are.

He also noticed a lot of businesses had negative reviews. Josh knew by offering an awesome service and getting positive reviews he could position his business ahead of his competitors.

If they do receive feedback from a customer that the job wasn’t up to par, Josh said they go back out at no extra charge and make it right.

“We’ve never had a bad review because of that. We always make it right,” Josh told me.

The first Facebook ads campaign Josh ran was a New Year’s contest, where the winner would get a free car wash every month for a year. All people had to do to enter was submit their email.

This captured about 50 leads, but the randomly-selected winner didn’t actually want the prize! Still looking to leverage these new leads, Josh emailed those 50 people who’d entered and offered them 50% off mobile detailing service.

Only one person took him up on the offer, but they were able to use the vehicle for some marketing pictures, and got another referral job for their work.

Looking back, “that was an unsuccessful Facebook ad campaign,” Josh told me.

Undeterred, Josh then ran a Valentine’s Day special for a $59.99 gift card — good for an interior detail and exterior wash.

This time, he spent about $80 but sold about $600 worth of gift cards sales. The exposure earned Belk some indirect business too.

In May, they ran another gift card sale, this time for Mother’s Day. Josh said this was their most successful campaign yet.

And those gift cards? He designed a template in Canva and emailed a printable version to the buyers.

Josh has dabbled with Google ads targeting “Automotive detailing” in his area. This hasn’t done much for him, so he’s focusing more on building up organic traffic.

He also spent $50 running a campaign on the NextDoor app. He didn’t have anyone reach out from that effort, but he sees potential in this app and will try again in the future.

Josh and his teenage brother have also knocked on doors and handed out fliers. It as good for the experience, he explained, but didn’t generate any leads.

Josh and his brother have had a few friends help out with the detailing labor, but admitted it’s been a challenge.

Since the volume of work isn’t always consistent, many helpers went on to find full-time work elsewhere.

Josh told me he’s been using Square to manage his appointments, tax stuff, and payments.

He’s been really happy with the software, and they even sent him a free credit card reader.

“With this business model, the sky’s the limit,” Josh told me.

Josh said there’s so much room for growth down the road. They could start offering auto repairs, tire changes, just about anything auto-related.

With that said, he started this business with his brother in mind, and plans to hand the business over to his brother at some point in the future. Josh is about to graduate and plans to start a career as a full-time financial advisor.

Josh’s #1 Tip for Side Hustle Nation 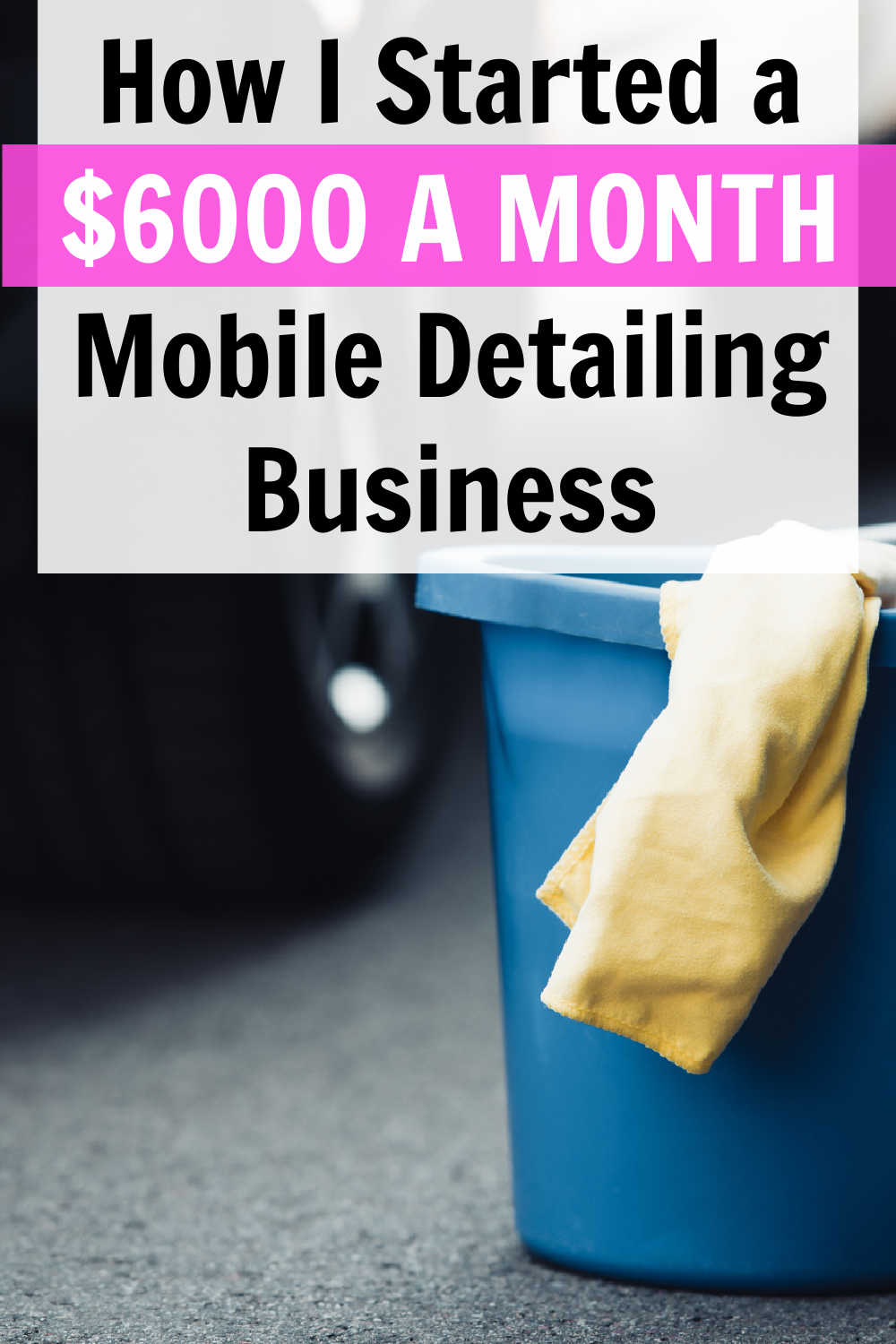 7 thoughts on “How to Start a Mobile Detailing Business: Zero to $6k a Month”