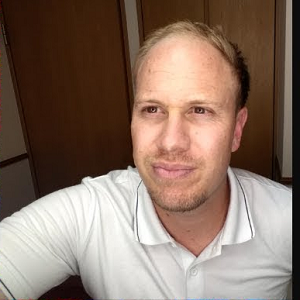 Mitch Davis is selling around $9,000 per month with private label products on Amazon Japan on the side from his day job.

(Of that, around $3000 is profit, which cover’s his family’s living expenses.)

Selling on Amazon Japan via FBA (Fulfillment by Amazon) opens up a whole new marketplace for Amazon sellers, and one that Mitch says is a lot less competitive than the US.

Tune in to hear Mitch talk me through:

For more, be sure to check out Mitch’s YouTube channel and join his free Amazon FBA Japan Facebook Group.

Mitch was already living in Japan, so that’s why he started looking for opportunities and came across the idea to start selling on Amazon Japan.

(You can live anywhere in the world and still do this; you don’t need to live in Japan.)

There are two main players in the e-commerce space in Japan; Amazon and Rakuten. Since Amazon launched Prime in Japan, Mitch said they’ve taken over the top spot.

Japan is home to the 3rd largest economy in the world, but interestingly Amazon Japan is just a tenth the size it is in the US.

“It was pretty obvious straight away that the competition was just so much less, and the level of competition was a lot lower as well in Japan, so I decided to give it a shot,” Mitch said.

Seller Requirements and Language Barriers to Selling on Amazon Japan

It’s a simple process to get set up and start selling on Amazon Japan, but you will need help from someone speaking and writing fluent Japanese.

You don’t need a Japanese bank account. You will, however, need to write up your product listings in Japanese, and have your customer service available to respond in Japanese.

Mitch had some local friends lend a hand with writing copy, but it shouldn’t be too difficult to find someone on Fiverr or Upwork.

Mitch recommended a 3rd party service called J-wire.info to handle your customer service. He says it’s very affordable, you can pay per email inquiry, and you shouldn’t expect many inquiries anyway.

Mitch has gone down the private labeling route, so he’s shipping in inventory and branding it as his own. To get an idea of what products he wants to sell, he starts by looking for popular products being sold by multiple sellers.

He said that a lot of the tools Amazon sellers use in the US don’t work on the Japan marketplace.

The main tool he uses is a free tool called Keepa, which allows him to look at the bestseller rank history for each product page so he can work out approximately how many of a particular item is selling each day.

The main criteria he looks for is:

When he finds a product that fits these criteria, Mitch looks for a supplier.

The go-to online supplier directory to find a manufacturer is Alibaba, where you’ll find plenty of manufacturers in China to make your product at a competitive price.

Mitch explained he tries to make his products better or different from the existing products.

“One of the easiest ways is to combine and bundle it with another small item to give more value to the customer,” he said.

An example would be to add a coaster if you’re selling a cup. It’s a little bonus that helps your listing stand out and gives a little extra value to the customer.

If you’re stuck for ideas, Mitch recommends talking to your supplier. Ask them what they can offer if you spend a little more.

Mitch shared that one of the first products he sold was a poison remover. It was a little suction device designed to suck out things like snake venom or bee stings.

To differentiate his listing, Mitch made his a different color and added an alcohol cleaning pad, saying it sold very well for a couple of summers.

Mitch uses a template when contacting suppliers and he’s shared it in his private Facebook group Amazon Japan Exclusive.

Basically, his template outlines the product he wants to be made. He adds a link to a similar product, and details the differences he wants with his.

He reaches out to 10 suppliers and looks at what offers come back. From there, he negotiates on price and minimum order amount, then requests a sample from each of the suppliers he’s interested in ordering from.

Mitch usually goes with 1,000 units to start with and orders more as and when he needs to.

His first order was roughly $3300, which made him nervous and excited. He’d done his homework, and sure enough, the items began to sell right away.

To get an idea of what kind of packaging he needed, Mitch bought products from his competitors, and again, set his sights on doing something better.

He measured how big he would need the box or packaging, got the wording he needed on the packaging translated into Japanese. Then he found someone on Fiverr to design it in the format his supplier wanted.

His supplier handled all the packaging. Then he set up the shipment in his Amazon seller account, and the supplier ships the items directly to the Amazon warehouse(s).

Aside from the samples, Mitch didn’t need to see, handle, or deal with any of the product fulfillment or packaging himself.

Creating Your Listing and Promoting Your Product

Another aspect of selling on Amazon Japan that’s very different to the US is that you don’t need to do as much promotion to rank your product.

In fact, you can skip the giveaways and other marketing hacks to get reviews on a new product altogether. “The easiest way is to use Amazon’s PPC sponsored ads program, which is what I do,” Mitch said.

Mitch runs PPC ads for the life of his products and makes tweaks to the listings to try and improve his sales.

Even after the ad spend he’s operating on a profit margin of around 30% and making around $3k per month from just two products.

What’s Next for Mitch?

Mitch is moving back to New Zealand next year, so the extra income Amazon Japan FBA side hustle is going to make job hunting a lot less stressful.

He’s currently working on finding more products to sell, and is in the process of building out some tools to help other Amazon Japan FBA sellers. These will help with product research, translation, and more.

(His site is toolboxdojo.com, but at press time hadn’t launched yet. Join his FB group to be the first to hear about it.)

Mitch’s #1 tip for Side Hustle Nation

“You gotta do something or tomorrow’s gonna be the same.” 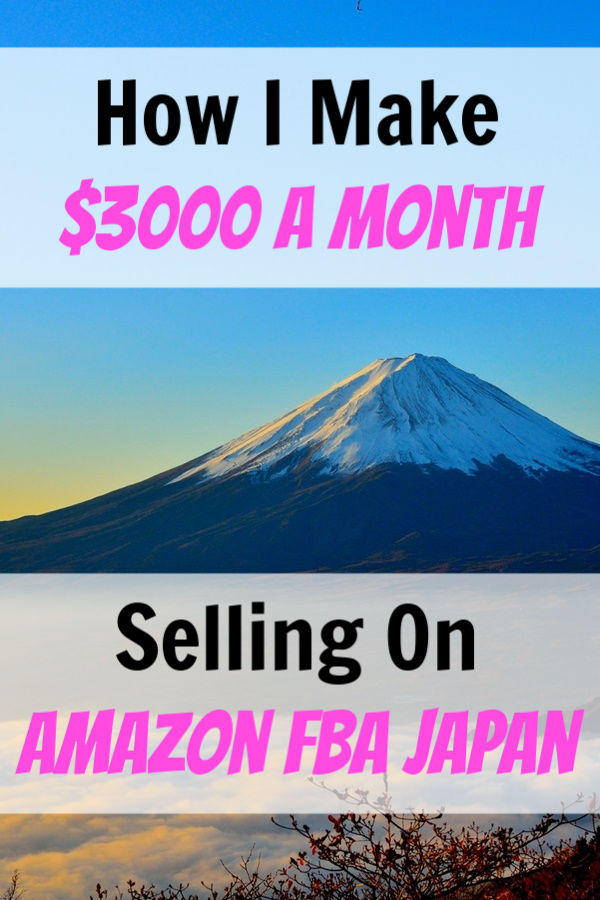