With so much excitement around the Amazon FBA business, both on the retail arbitrage and private label side of things, I thought it would be fun to ask a few friends and colleagues about their first great product find.

Men and women from all over the country are taking advantage of this non-technical side hustle. If you have a smartphone you can get started with it today.

In fact, reading these kind of makes me want to give it a shot too!

My best one (and I rode it til it was out of stock) were these shower sandals that help clean the feet of people with mobility issues.

I was able to pay less than $4 each and they sold for almost $40. It was a random find on BargainCatalogOutlet.com and I was able to buy many at a time. That was the product that successfully launched my business!

I just bought a house in the ‘burbs, and I am using my FBA side income to fund some home improvement projects.

I am really trying to get it to be more consistent this year and build up to the Q4 craziness. I would like to private label, but haven’t found a good product to start with yet.

My first winner was a retail arbitrage deal found at Staples. I was doing my monthly ink recycling for the free $40 Staples credit. When I am in there, I usually check out the clearance section just in case.

At the the time, they were both in the top 1,000 in Amazon Electronics. They sold almost as soon as they got to the warehouse. It took 5 extra minutes to check out the clearance section and buy the routers.  I think in total I made $100 for 5 minutes, which is a pretty good hourly rate.

Similar thing happened two or three weeks ago. I found a Bluetooth mp3 player called Big Blue Live in the Staples clearance section for $15.50 when I was there anyway for ink recycling. I saw it was ranked fairly high on Amazon with limited competition and a high price. I shipped it in and it sold within a week for $73 and I made $42, for what Inventory Lab tells me is a 255% ROI.

My first FBA win was a shortly after I discovered Profit Bandit.

I immediately went down to the Walgreens by my house to try it out. I found a fertility monitor in the clearance area for $30 which I almost immediately sold for a $100+ profit.

It’s been a year now selling on FBA by sourcing from local retailers and at this point I have sold about $30,000 of merchandise on the amazon marketplace and made around $10,000.

Big wins like my first one do happen regularly, but I have also worked really hard building my FBA business. My biggest FBA lesson is that it is more profitable for me to be consistent every day with sourcing and building shipments, then it is to push it harder.

FBA isn’t a passion of mine, but I do see it as low hanging fruit. When I push it too hard, it takes away energy from the work I am more passionate about.

I remember my first find very well because it is what started a very viable side business for me.

Last year, I downloaded the Profit Bandit App just to test the waters.  I had spent a few hours scanning items and really had no idea what I was doing.

After a few weeks of unsuccessful scans and being too scared to pull the trigger on anything, I unexpectedly walked into a toy store that was going out of business. I found a game called MindFlex Duel.

The rank was around 12,000 in the toys, but I really didn’t know if that was good or not. The price of the game was like $12 and they were selling for over $50 on Amazon.

Related: The best products to flip for a profit.

The store had dozens of games and I was ready to pull the trigger on my first purchase. I only bought 5 games…I was too scared to buy more because all sales were final!

I went home and figured out how to prep the items, package them, and send them off to Amazon. After Amazon received the package, the games sold out immediately.

Then I called the toy store and asked how many they had left… and they had 26 still in stock. At that time I decided to go big or go home… and I purchased all 26. I made almost $700 on the rest of the games.

At that moment I was hooked!  The initial $50 I spent on those games, catapulted me into doing over $65,000 in sales last year and over $20k in profits in about 7.5 months of work.

Note: If you want to learn more about getting started with Amazon FBA, check out my interview with Travis on how he’s grown this business to $4k a month part-time.

I got hooked on Amazon during an after Christmas sale in Feb of 2013.

I was sourcing product in Walmart and they were having a clearance sale on all their toys. There was stack of 20 Barbie dollhouses. The Walmart clearance price was $30.00 and they were selling on Amazon for $260.00.

I bought all 20 of them and had to make 5 trips to get them all to my house. I made a lot of money and I was hooked on Amazon FBA.

Note: If you want to learn more about importing your own products to sell on Amazon, check out the podcast I did with Andy in December.

I have been selling things on and off on Amazon and eBay since late 2007.

The first really big win that I remember that comes to mind was a bunch of clearance cameras that were purchased at Walmart while I was on Christmas break from college in 2010.

My brother was out shopping with a friend, but when he came home he mentioned that he saw a bunch of digital cameras for a really low price at this particular Walmart. It was about half an hour away, but we decided to go right back up there and see if we could buy some of those to resell.

We didn’t have scanning apps on our phones, or even smartphones, so we brought a notebook and a laptop. We went into the Walmart, wrote down the prices, model numbers, and UPCs if we could find them, and then went to a Burger King that had free WiFi to look the items up online. We went through the list pretty quickly, and figured out which ones were worth buying, and then split them up so we could each get in on the action.

In total we each bought about 10 cameras, and my total bill at checkout was around $1200. This was the biggest single purchase I had made to this point for resale, and I was both excited and a little bit nervous.

We brought them back home, listed them for sale, and then began to wait. Thankfully we didn’t have to wait too long as we both had some sell that same night.

Most of the other cameras continued to sell over the next month, and after that I was really hooked.

Note: If you want to learn more about how Ryan quit his job to sell online full-time, check out our conversation here. It’s pretty sweet — from flipping textbooks to $4 million in sales!

Have you tried the retail arbitrage business yet?

If you have a memorable “first win” or great product find, please share it in the comments below! 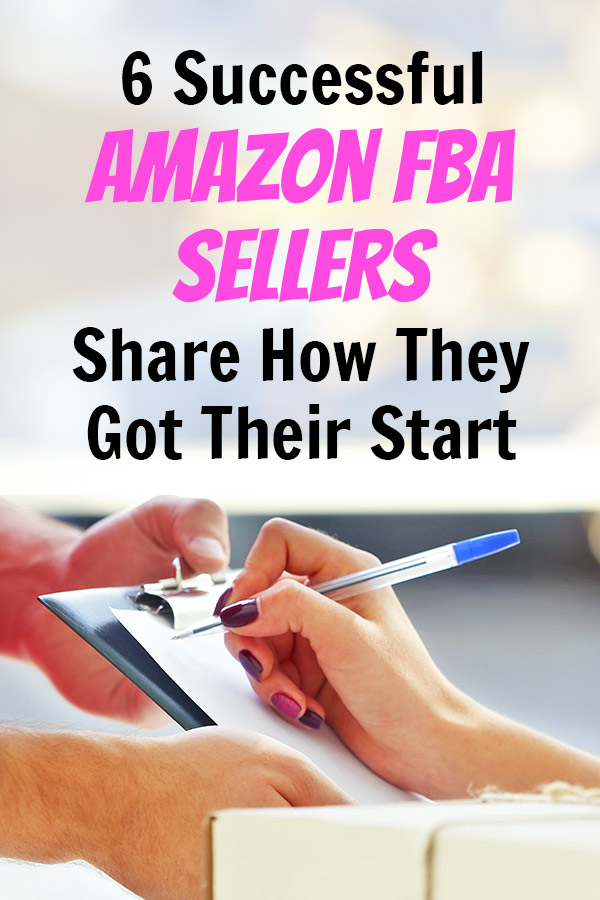