For the past year, I’ve been doing these quarterly progress reports.

It’s time to evaluate what happened over the last 3 months, to see if you achieved your goals, and to ask if you’re happier or otherwise better off than you were when you started.

Where my last report featured an enthusiastic “yes!”, this time I’m not so sure. Business-wise, the Side Hustle Nation audience has grown, but other projects have taken a back-seat.

I feel like I’ve been in “maintenance mode” for most of the year.

And while happiness is hard to measure, I have to admit it’s gone down since last year. To be sure, there are moments of elation but on average, I’m feeling more stressed, anxious, and tired. Is this the price of parenthood? More on that below.

But why “progress”? Because that’s what it’s all about.

As you’ll see, it’s a cumulative, iterative process we can work on week in and week out.

Side Hustle Nation earned around 2600 visits a day during the first quarter of 2016. Traffic was pretty consistent throughout the quarter, but was 2.5x what it was during the same time period last year.

The one big spike in the middle was when an old post on The Bucket of Crabs theory was linked to from Reddit.

(It actually had nothing — as far as I can tell — to do with the podcast I did w/ Brian Swichkow on driving viral Reddit traffic, though it happened right around the same time.)

Traffic is up significantly even from last quarter, which I can partially attribute to increased exposure in Google and the previously untapped traffic source of Pinterest.

Also, the Google Gods have been smiling on Side Hustle Nation lately. This chart shows the last 6 months of organic search traffic, with a noticeable spike right around the first of the year.

It could be related to “side hustle” New Year’s Resolutions, but I think there might actually be another cause. My theory is the sudden spike in search traffic may have something to do with the 500+ irrelevant archive posts I deleted in Q4 as the first phase of my content audit process.

The rest of the traffic growth I have to attribute to the cumulative effect of creating more content, building more links and press features, and creating more relationships. 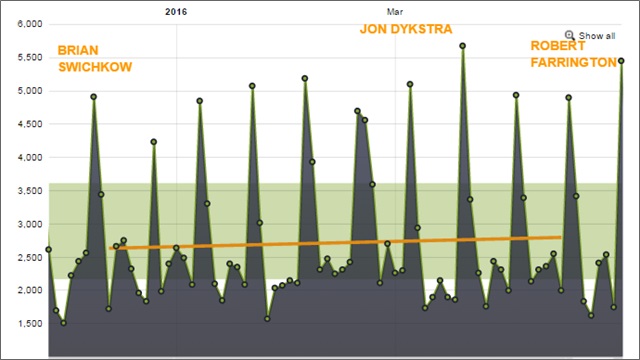 It was a great quarter for The Side Hustle Show, with each month setting new records in terms of overall downloads. 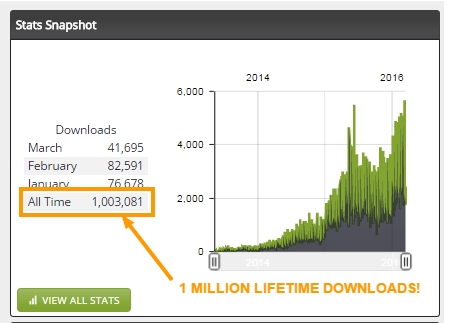 New episodes are reaching 10,000 people. It’s all pretty exciting for a dude with a $50 mic in his living room.

This is probably the most important metric of all, and it’s looking pretty solid. I added 49 net new subscribers per day in Q1. This is up about 50% from the same time period last year. 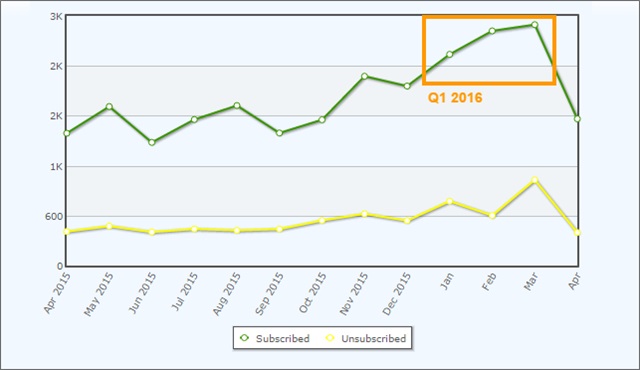 This quarter there weren’t any “abnormal” list growth hacks like my experiment with NoiseTrade. Most of this growth is that compound effect of a growing body of work and consistently creating content upgrades for the podcast.

I’ve lost count, but probably have close to 100 lead magnets on the site now (managed by LeadPages). If you want more people to come to your house, one way to do it is to build more roads to your house.

I actually didn’t set any concrete goals for the quarter or the year. Shame on me!?

Instead, I decided my “theme” for the quarter was going to be to make the most of the content I’d already created.

Almost none of that.

Of those 14 posts, 6 were guest spots and 1 was a sponsored post. Guest posts can be great, but they still take a lot of time to edit and format.

I added paperback editions for Volumes 1 and 2 of The Side Hustle Path.

The survey generated more than 500 responses with some very interesting results.

See what I mean? Maintenance stuff with not a lot of energy toward new projects.

There’s a new tiny human living with us, and he’s understandably been occupying a lot of our time. 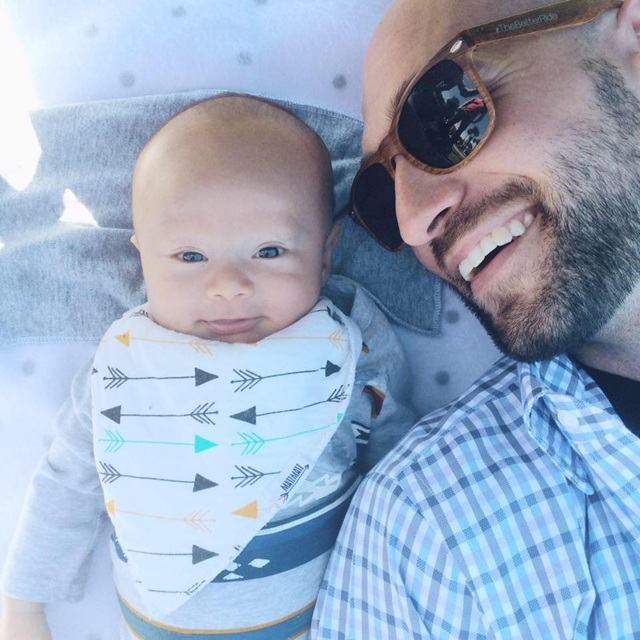 Bryn and I thought we could beat the odds that your happiness decreases after procreation, but learning to live as a family of 3 comes with some growing pains. Being honest about it is hopefully the first step in adjusting to our new reality and returning to 2015-levels of life-enjoyment!

We are working on simplifying and consolidating our finances. That means closing and merging accounts, reviewing our investment allocations, and eyeing early retirement targets.

Though what would I do in retirement? Probably pretty much what I’m doing now.

I’m practicing saying “no” to things I shouldn’t prioritize. This quarter that meant turning down a number of freelance gigs, some poorly pitched interview requests, and even some press and travel opportunities.

That also has meant ignoring the “shiny objects” of SnapChat and Instagram, and trying to get better about “just in time learning.”

Keeping my inbox clean feels good and gives me a sense of accomplishment, but I have to constantly remind myself that the majority of messages in there are not my ONE thing right now.

The Side Hustle Show was featured in Better Homes and Gardens. Random! 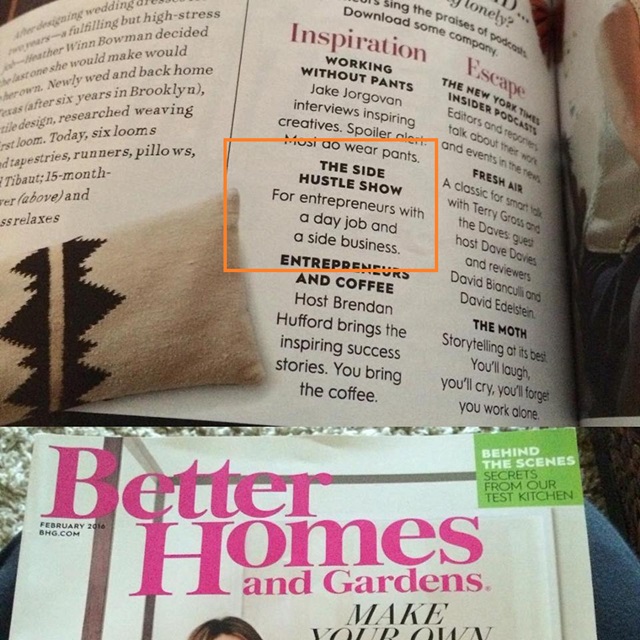 I earned 100,000 Southwest points. I’m closing in on Companion Pass status and hope to have lots of free travel in my future!

I was interviewed by Matthew Lesko, the “crazy question mark suit” guy.

I began outsourcing some of The Side Hustle Show editing. I was spending a lot of time cleaning up each episode to try and deliver a great and “tight” listening experience, and had a really hard time letting go of this task. The show is my baby and has become my “art” over the last couple years!

It’s such a subjective task to delegate, and such an important part of the Side Hustle Nation brand, it’s taken some back and forth to get it right. Will a 3rd party editor know what to cut and what to keep?

What do you think of the last 10 episodes?

Bryn and I got to hang a little with Mike Riscica in San Francisco. Mike has been a great advocate for Side Hustle Nation and had been a part of the Inner Circle mastermind for the last 2 years but we’d never met in person! 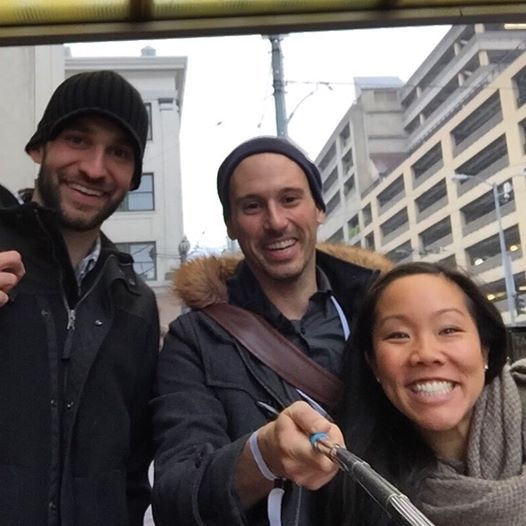 I’ve got a couple books lined up on my Kindle ready to go, including Pat Flynn’s Will it Fly and Jared and Kimanzi’s Stop Chasing Influencers, but haven’t cracked open either yet.